The city council unanimously approved the settlement on Friday. The council emerged from closed session to announce the move, which includes $500,000 for the neighborhood where Floyd was arrested.

The Floyd family attorney, Ben Crump, said in a prepared statement that it was the largest pre-trial civil rights settlement ever in a wrongful death lawsuit, and “sends a powerful message that Black lives do matter and police brutality against people of color must end”.

Floyd, who was Black, was declared dead on 25 May 2020 after Derek Chauvin, a former police officer who is white, pressed his knee against his neck for almost nine minutes. Floyd’s death sparked mass protests in Minneapolis and across the US and led to a national reckoning on racial justice.

“I hope that today will center the voices of the family and anything that they would like to share,” the council president, Lisa Bender, said. “But I do want to, on behalf of the entire city council, offer my deepest condolences to the family of George Floyd, his friends and all of our community who are mourning his loss.”

Floyd’s sister, Bridgett Floyd, said in a statement: “On behalf of all of my family members, I am pleased that this part of our tragic journey to justice for my brother George is resolved.”

She added: “Our family suffered an irreplaceable loss May 25 when George’s life was senselessly taken by a Minneapolis police officer. While we will never get our beloved George back, we will continue to work tirelessly to make this world a better, and safer, place for all.”

Floyd’s family filed the federal civil rights lawsuit in July against the city, Chauvin and three other fired officers charged in his death. It alleged the officers violated Floyd’s rights when they restrained him, and that the city allowed a culture of excessive force, racism and impunity to flourish in its police force.

“That dollar amount shows that what happened to George Floyd was wrong. It goes to show that we matter but it’s an opportunity to show that these types of injustices are wrong. It was a clear violation of George Floyd’s civil rights. It shouldn’t have happened,” said Todd Gramenz of Black Lives Matter St Paul.

Black Lives Matter Saint Paul was established in 2014 after Michael Brown was killed in Ferguson. They have been organizing protests and lobbying since then.

Gramenz added that you cannot really put a dollar value on a life. “How do you value a Black man, who’s innocent, that’s killed?” he said, and called for more police who kill to stand trial.

Only one Minnesota police officer has been convicted a murder before, a Black officer who killed a white women, yet several hundred Minnesotans have suffered police-involved deaths in the last 20 years.

It was not immediately clear how the settlement might affect the trial or the jury now being seated to hear it. Joseph Daly, a professor emeritus at Mitchell Hamline School of Law, said it will be hard to stop jurors or potential jurors from hearing about it.

“Judge Cahill will likely explain to the jurors that each must make a decision based solely on the evidence they hear in the criminal trial,” Daly said.

Meanwhile, another potential juror was dismissed on Friday after she acknowledged having a negative view of the defendant.

The woman, a recent college graduate, said she had seen bystander video of Floyd’s arrest and closely read news coverage of the case.

“I could only watch part of the video, and from what I saw as a human, I, that did not give me a good impression,” she said.

With jury selection in its fourth day, seven people have been seated so far, with the jury roughly balanced between white people and people of color, according to the authorities.

Opening statements are expected no sooner than 29 March. 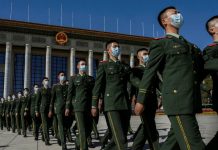 China’s wolf warriors refuse to back down 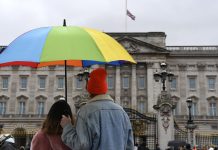