Eliane Raheb’s documentaries stress that stories are never black and white, and what people say may be an unconscious reflection of what they want their interlocutor to believe rather than what is factually true. With “Miguel’s War” she goes one step further, diving headfirst into the role of prodding psychologist to coax out a heap of repression from her subject, a gay Lebanese man self-exiled in Spain who’s spent his adult life keeping everything buried. For Raheb, individual trauma doesn’t stand alone; by focusing on one person, the breadth of Lebanon’s troubled collective experience is uncovered, and with humor, honesty and a common humanity it can be brought into the open for potential healing.

In “Those Who Remain,” the director was heard but not really seen; in “Miguel’s War” she’s very much a part of the action as she takes Michel Jelelaty on a journey through his psyche via a variety of creative means, from simple conversations to casting calls in which actors play his parents’ roles. Then with deliciously biting animated collages by Fadi El Samra she adds surreal layers that help expand Jelelaty’s experiences into something outwardly abstract yet carrying resonances far beyond the protagonist’s personal story. While the gay angle makes the film attractive to a reliably receptive audience, its insights into Lebanon’s tortured history offer an equally marketable approach that should expand viewership.

Only toward the end do we learn that Raheb met Jelelaty by chance, through his work as a translator in Spain, where he’s lived since 1994. When he emigrated he cast aside his real name, choosing to be called Miguel Alonso (hence “Miguel’s War”) in the hopes that a changed identity would help push away both difficult memories of growing up gay in socially conservative Lebanon and incidents from the Civil War too disturbing for him to willingly revisit. Realizing that Jelelaty’s stubbornly resistant layers were fascinating in themselves but also revealing of shared Lebanese experiences, the director embarked on this complicated journey, assuming the role of tenacious shrink to a sometimes unforthcoming patient.

Jelelaty was born in Beirut in 1963 to a well-off Christian family: His father remains a spectral, mostly silent presence whose unprocessed impact on his son’s psyche probably requires more than one documentary. By contrast, his Syrian mother looms large, her superior air as a daughter of Damascus creating a jarring dissonance in her son’s head given how his teachers drove home the idea that Syrians in Lebanon were dangerous outsiders (conveyed through hilarious animation). He was 12 when the Civil War literally exploded his life, which became a jumble of inferiority complexes, forbidden desire and juvenile religious fanaticism manifested in self-mortification and an obsession with Christological images.

The film is helpfully divided into chapters, but Raheb is more aware than most that life doesn’t fit so neatly into sections, and themes and storylines regularly bleed into each other. When he was of age, Jelelaty fought with the Lebanese Forces Christian militia; it’s a period he’s suppressed, though that’s likely too simplistic a diagnosis since his claims of not remembering don’t always ring true. Once in Spain he discarded considerable emotional baggage and embraced a more fully realized life, yet when he says he’s happy with himself, few will believe it, especially after admitting he’s never known what it’s like to feel true love for a partner.

Raheb brings him back to Lebanon to confront his war years, challenging the recollections he’s willing to share and refusing to humor his blanket claims of not recalling key incidents. Her persistent yet nonthreatening approach is what keeps him from completely clamming up, and it’s worth considering how her provocations work in tandem with Jelelaty’s friend in Spain, the fabulous Spanish drag queen Rubén Cardoso, whose fearless (and very funny) comments and unadorned interrogations disarm multiple barriers. Theatrical yet unable to sing in public despite having a fine operatic voice, Jelelaty is a bundle of contradictions, which of course makes him a perfect subject for Raheb’s generous, nonjudgmental approach.

Animated sequences are conceived as sly commentary, their surrealism helping to wittily underscore analyses, such as a delirious montage of Syrian rockets and penises, giving a Freudian spin to the invasion of Lebanon while also connecting it to Jelelaty’s sexual-humiliation fantasies, which themselves are also tied up with emasculation, religion, the Civil War and the ever-hovering presence of the mother. In other words, Lebanon in a nutshell, accompanied by evocative songs of Feyrouz and Najat Al Saghira. 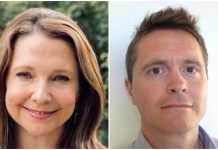 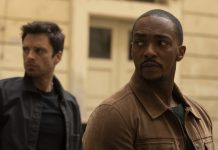 ‘Monday’ Review: Sebastian Stan and Denise Gough in an Indie Drama of Love and Other Drugs 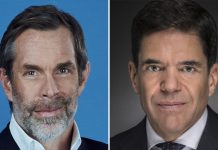 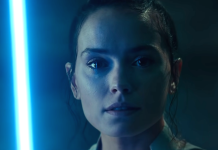 Following Rumors, See What Star Wars' Daisy Ridley Could Look Like As Spider-Woman

‘The Masked Singer’ Reveals the Identity of the Orca: Here’s the Star Under the Mask 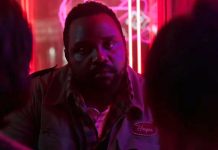 Eternals And Godzilla Vs. Kong Star Brian Tyree Henry Reflects On Finally Seeing Himself And Other POC In These Blockbuster Roles 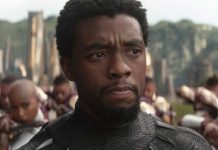 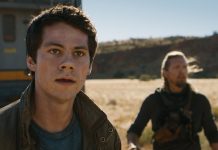 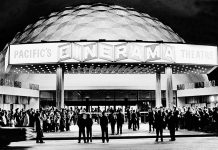 Pacific Theatres Also Owns the Cinerama Technology. What Happens to It Now That the Chain Is Closing?