Some of the biggest names in hip-hop formed like Voltron to drop one of the biggest collabs of the year. Migos teamed up with Young Thug and Travis Scott for the ultimate party trap song!

If 2014 had “I Don’t F–k With You,” then 2020 has “Give No Fxk.” Fans have been waiting for this one for a while. After its debut performance at the 2019 Astroworld festival, Migos, Travis Scott and Young Thug dropped “GNF” on Feb. 14, giving patient fans a Valentine’s Day gift. The hype track captures the attitude that propelled Young Thug, La Flame, Quavo, Offset, and Takeoff to the top of the rap game. It’ll make you forget all your worries and hold your head high with lines like, “I done shook them problems off, now I’m bossin’,” and “I got too many diamonds on, I look awesome.”

The “GNF” collaborators also dropped a music video to match their track’s lit mood. Sped up special effects, lightning bolts and other science fiction-inspired visuals cranked up the party vibe!

Fans got their first taste of “GNF” during Travis Scott’s 2019 Astroworld Festival in November. A video of the performance made the rounds, and fans dissected the lyrics to find – well, a straightforward message about how these men just “don’t give no f-ck.” Die-hard fans initially thought that Travis rapped, “I need to run up the road and run up the racks and flip it the whole time / She be comin’ the hood and f*ck up her nails, she smashin’ next time.” Considering how much time they’re spending together, the only one that Travis would hypothetically be ‘smashin’” is Kyle Jenner. Despite splitting in October 2019, the two have remained close.

“They’re spending a lot of time together and neither of them is seeing anyone else. But they also spend plenty of time doing their own thing,” a source told HollywoodLife EXCLUSIVELY. “They still need a lot more hanging out to do to determine if they can be a fully committed couple again. It is a tough time that they are navigating through,” a second insider added. “They can only hope for the best and are deciding to try. But they are fully aware that there are no guarantees moving forward besides being loving parents.”

Speaking of loving parents, Offset and Cardi B are both expected to drop new music this year: Kulture‘s mom will release the follow-up to her Invasion of Privacy album, while Offset will join his bros to finally release Culture III. While each of the Migos has released a solo album since 2018’s Culture II, fans have been patiently waiting for a proper follow-up. Thankfully, Quavo assured fans that a new project will come out this year (which was later confirmed to be Culture III) and Offset said this would be the final chapter in the series.

The first Culture arrived in 2017, scoring a Grammy nomination and ton of critical acclaim. The follow-up, Culture II, arrived in 2018, and like its predecessor, peaked at No. 1 on the Billboard 200. Culture II also spent over 100 weeks on the chart, according to All Hip-Hop. Will Culture III follow that success? 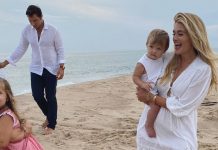 It's A … ! Pregnant Bindi Irwin Shares Sex of Her, Chandler Powell's Baby 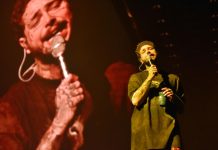 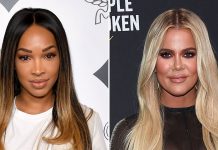 Malika Haqq: Khloe Kardashian Has Given Me the 'Best' Parenting Advice 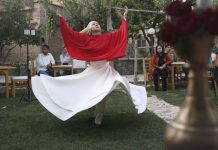 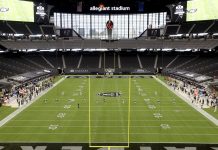 Column: Big night for the Raiders and their new hometown

Critic of Chinese leader sentenced to 18 years in graft case