“Michael Kohlhaas,” an 1810 novella by the German poet and dramatist Heinrich von Kleist, is a work of almost total calamity. Its speed and cataclysmic force are palpable from the opening paragraph:

In the middle of the 16th century there lived on the banks of the
Havel a horse dealer by the name of Michael Kohlhaas, son of a
schoolmaster, at once one of the most righteous and appalling
individuals of his time. Until his thirtieth year, this unusual man
would have been accounted the very model of a good citizen. In the
village that still bears his name, he owned a farm that provided him
with a comfortable living; the children his wife gave him he brought
up in the fear of God, to be hardworking and loyal; there was not one
among his neighbors who hadn’t benefited from his charity and his fair
dealing; in sum, the world would have blessed his memory, if he hadn’t
followed one of his virtues to excess. His sense of justice led him to
robbery and murder.

The narrative that follows, in which the eponymous hero seeks redress over a minor infraction, is both satisfyingly atavistic and indelibly modern. Loosely based on the life of a sixteenth-century merchant, the book’s initial, indiscriminate violence—thieving, arson, maiming, execution—gives way, in its second half, to cosmic inscrutability. The horse-dealer’s implacable quest for justice is stymied by the opacity of the law. (That the novella was beloved by Franz Kafka is perhaps unsurprising. “This is a story I read with true piety,” he wrote to his soon-to-be fiancée, Felice Bauer, in 1913.) Its bottomless ambiguity and sense of futility anticipate the modern novel by nearly a century; not only Kafka but writers as disparate as Samuel Beckett, Thomas Bernhard, Witold Gombrowicz, and J. M. Coetzee are unimaginable without Kleist’s example.

His life, like much of his work, was brief and dramatic. Born the eldest of eight children in Frankfurt an der Oder, Kleist became a member of the Potsdam Guard Regiment at fourteen; fought Napoleon; briefly studied law; experienced a “Kant crisis,” in which he despaired of reason; wandered restlessly through Paris and Switzerland; broke off his engagement to a German pastellist; was arrested by the French as a possible spy; suffered a nervous breakdown; and killed himself, at thirty-four, on the shore of the Wannsee, in a suicide pact with a terminally ill friend. His work often eulogized European high culture, which could provoke the opprobrium of its elder statesmen. (Goethe, whom Kleist both admired and despised, called him a “Nordic phantom of acrimony and hypochondria.”) He was attracted to a life of regimented, almost militaristic order, even as psychological disarray engulfed him. This conflict lends Kleist’s œuvre its remarkable, even shocking, sense of paradox and turmoil.

“Michael Kohlhaas,” which was recently reissued by New Directions in a sparkling new translation from Michael Hofmann, makes for a fine entry point into Kleist’s passionate, grotesque, hysterical, and deeply strange body of work. It begins, as it ends, in bureaucratic entanglement. Kohlhaas, en route to a Leipzig marketplace, is stopped by a castellan in the employ of the knight Wenzel von Tronka, who demands to see a travel permit. Lacking the necessary visa, Kohlhaas is coerced into leaving two of his finest horses as collateral, along with his trusty groom to watch over them. While passing through Dresden, he learns from a government notary that the permit is in fact a fairy tale. As so often occurs in “Michael Kohlhaas,” the law is invoked only to be disfigured by human cupidity. The castellan is merely an avatar, the first of several figures whose knowledge of the law allows them to shape or pervert it for private aims. Kleist introduces the self-serving technocratic interpreter to modern literature.

Extraordinary cruelties beset Kohlhaas in rapid succession. He returns to find his horses near collapse, and his groom badly beaten. His demands for redress are laughed off by Tronka and his retinue. In a ghastly turn, his beloved wife is fatally injured while bringing his plea before the sovereign. (An overzealous guard crushes her sternum.) Kleist offers little psychological garnish to this great feast of suffering. His hero’s setbacks are relayed with the compression and impassivity of a parable, albeit one whose moral proves elusive. Kleist comes to inhabit the same terrifying remoteness as Job’s God: pitiless, obscurely motivated, and not above a bit of mockery.

After such rigorous sadism, Kohlhaas wastes no time in dedicating himself to “the business of revenge.” Assembling a band of loyal men, he attacks Tronka’s castle at nightfall, killing everyone he finds and burning the castle to its foundations. When his quarry manages to escape, he proceeds to raid outlying communities, burn houses and churches, and rout military detachments sent to quell his rebellion. His amnesty is eventually brokered by none other than Martin Luther. (Their improbable, clandestine tête-à-tête is a dialectical wonder. “Mad, baffling, and appalling man,” Luther calls him.) While Kohlhaas awaits trial in Dresden, a trap is set with a letter from one of his marauders. He is given up as a traitor, and promptly sentenced to be drawn and quartered.

Kohlhaas is the archetype for a particular kind of protagonist: the little man provoked beyond the limit of endurance. The figure is essentially modern, and well represented in fiction and film. We cheer on these ill-used men—Andreas Pum in Joseph Roth’s novel “Rebellion,” say, or William Foster in Joel Schumacher’s film “Falling Down”—as they rampage fruitlessly against the societies that brutalized them. Martyrs or spiritual terrorists, their lawlessness affords them a clarity denied the average citizen. Their moral authority precisely parallels the severity of their transgression. These knights of immoderation are all the horse-dealer’s heirs. 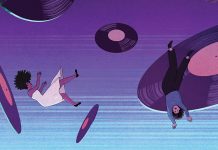 Pleasure and Pain on HBO Max 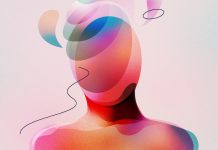 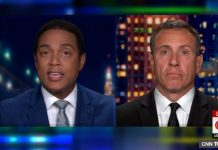 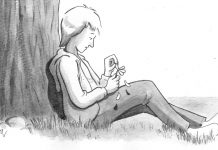 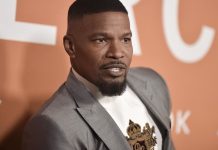 Are We Past the Peak of Big Oil’s Power? 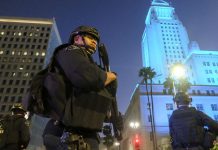 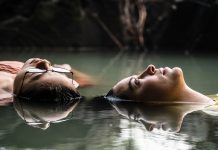 What’s a “Pantry Staple”?: True Stories from the Cluelessly Quarantined 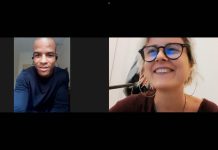