MEXICO CITY (AP) – Mexican President Andrés Manuel López Obrador demanded an investigation Friday into judges who have temporarily blocked the implementation of his plan to favor older, dirtier government power plants over renewable and gas-fired facilities built in many cases by foreign firms.

López Obrador has said in the past that he will always respect the judicial branch, but on Friday he practically accused judges of being in the pay of private energy companies.

“We want the Judiciary (council) of the federal courts to review the actions of these judges, because it would be outrageous if the country’s judicial branch were to be at the service of the private sector,” the president said.

He also vowed to take the battle to Mexico’s Supreme Court, though he faces likely defeat there: On Friday he acknowledged he was not trying to overturn a 2013 energy reform or Constitutional guarantees of competition in the electricity industry. That was part of what led the judge Thursday to grant an injunction blocking the new law.

López Obrador’s new law, which took effect Tuesday, says electricity must first be bought from government-owned generating plants, which largely run on fossil fuels like coal, oil and diesel. If any demand remains, power will be purchased from renewable and private natural gas-fired plants.

That has drawn complaints from investors, many of them foreign, who say it violates the U.S.-Mexico-Canada free trade pact and Mexico’s commitments to cut carbon emissions. They claim it also creates a de-facto government monopoly, hurts competition and will make Mexicans buy dirtier, more expensive electricity.

López Obrador suggested Friday he was willing to negotiate with the foreign companies if they accept less lucrative contracts. That is something he did once before, when he threatened to cancel contracts for natural gas pipelines to feed power stations unless the companies that built them agreed to changes in their contracts.

“We are open to seeking a dialogue, a negotiation,” the president said. “We are seeking to eliminate the worst points, the most damaging ones. And the companies can continue to do business, but with reasonable profits, but without coming here to steal. Let them go somewhere else to steal.”

López Obrador has complained in the past that the private renewable and gas power plants got unfair preference over the state-owned electrical power company, were guaranteed high prices for their power and weren’t required to contribute to building transmission lines to distribute electricity.

But the issue came to a head when electricity use plunged during the pandemic. As a result, the state-owned power company, the Federal Electricity Commission, faced declining revenue and increasing stocks of fuel oil it has to burn even as the dirty fuel has lost customers worldwide. The commission also has come under pressure to buy coal from domestic mines.

Many wind, solar and gas-fired power stations were built in Mexico by foreign companies following the previous administration’s 2013 energy reform that López Obrador opposed. The president is a strong supporter of state-owned enterprises and fossils fuels.

The new law has drawn complaints from private business groups and U.S. investors, with the U.S. Chamber of Commerce saying in February the law “would directly contravene Mexico’s commitments” under the trade agreement, known as the USMCA, which places strict limits on how much a government can favor its own firms over outsiders.

López Obrador argues that Mexico should become energy self-sufficient, a conviction he says was strengthened after winter storms in Texas temporarily cut off supplies of imported natural gas early this year. 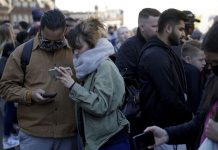 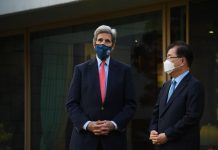 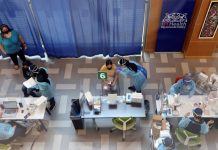 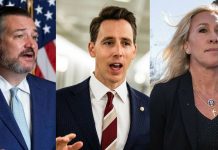 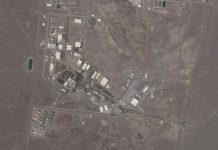