The club and Verlander, the unanimous 2022 American League Cy Young winner, agreed on Monday to a two-year deal worth $86.6 million, according to a person with knowledge of the deal who was not authorized to discuss it publicly.

Together, they will see what they can do. The deal relied on the largess of the team owner Steven A. Cohen, whose club now employs the two most expensive pitchers in baseball history, based on yearly paychecks. Max Scherzer set a record last season by signing a contract with a $43.3 million average annual salary and Verlander’s new contract effectively matches that figure.

Because the deal was not yet official, Mets General Manager Billy Eppler would not address Verlander specifically but instead spoke only in generalities, saying that he was “working on those plans” to replace deGrom.

But across the game — and even across town — it was an attention-getting move.

“Wow. The year he just put together at his age and coming back from, obviously, missing the past couple of years, really impressive,” Yankees Manager Aaron Boone said of Verlander. “The Mets got a lot better today after losing Jacob but bringing Verlander in to pair at the top with Scherzer.

“Definitely, guys with some age on them but guys who are still doing it at a very high level.”

In New York, they will attempt to do what they could not in Detroit: win a World Series.

Dave Dombrowski, then the Tigers’ general manager and currently the Philadelphia Phillies’ president of baseball operations, still views the 2013 season as the one that got away. The Tigers defeated Boston at Fenway Park in Game 1 of that year’s A.L.C.S., then led Game 2 by 5-0 in the sixth inning with Scherzer on the mound and Verlander scheduled to start Game 3 in Detroit.

Since then, Verlander has helped the Astros win two World Series titles (2017 and 2022) and Scherzer helped lead the Washington Nationals to one (2019).

But they have never won one together. And the Mets have not won one since 1986.

In 2022, his first full season back from Tommy John surgery, Verlander was 18-4 with an M.L.B.-best 1.75 E.R.A. He also led the majors in fewest hits allowed per nine innings.

“Awesome,” Dusty Baker, Verlander’s manager in Houston last season, said of their one year together with Verlander fully healthy. “He’s a man. And I told him when the season started, I’ve never managed a Cy Young Award-winner. And so at the end of the year, when he got his Cy Young, he said, ‘Now you’ve got one.’”

He added: “And he’s a pleasure to manage because I knew what I was getting every day. He’s probably gotten a little more humility since he got hurt and was out, and you appreciate what you have now. He has a little girl, and that gives you a different outlook on life. And I love it when I can go full bullpen the day before he pitches, full bullpen the day after he pitches. And then he would stop all losing streaks and prolong winning streaks.”

By the time Verlander was winning a World Series game for the first time in his celebrated career last month, the Mets were at home, having followed a 101-win campaign in their first season under Manager Buck Showalter with a wild-card-round exit at the hands of the San Diego Padres. The 101 wins were the second most in franchise history.

With deGrom limited to just 11 starts in 2022 because of a stress reaction in his right shoulder and Scherzer making 23 starts, the Mets’ rotation still ranked second in the National League with a 3.61 E.R.A. last season. It also tied with Milwaukee to lead the league in strikeouts per nine innings at 9.42.

DeGrom, who won two N.L. Cy Young Awards as a member of the Mets, agreed to a five-year, $185 million deal with Texas on Friday.

With Verlander, who turns 40 on Feb. 20, the Mets chose to offer bigger dollars and a shorter term than the deal deGrom got from the Rangers. Verlander’s deal includes a $35 million vesting option for 2025 if he pitches at least 140 innings in 2024.

Verlander had signed a two-year, $50 million contract with Houston last off-season, but he became a free agent after opting out of the $25 million salary he was owed for 2023. He and the Astros owner Jim Crane had some conversations about Verlander staying in Houston but, instead, for the first time in his career, Verlander will move into the N.L.

After Scherzer and Verlander, the Mets’ projected 2023 rotation currently includes the right-handers Carlos Carrasco and Tylor Megill and the left-hander David Peterson. The right-handers Chris Bassitt and Taijuan Walker, who were part of the Mets’ 2022 rotation, are free agents.

Verlander had also been talking to the Los Angeles Dodgers before agreeing with the Mets, and not long before his deal was reported, the Dodgers made it official that they had signed the left-hander Clayton Kershaw to a one-year, $20 million deal for 2023. The Dodgers and Kershaw had come to terms last month but had not formalized a contract because the club wanted to preserve an open roster spot and maneuverability.

But with Verlander agreeing to terms with the Mets, the need for at least one open roster spot suddenly was not so needed in Los Angeles.

John Adams, Who Banged His Drum Loudly in Cleveland, Dies at 71 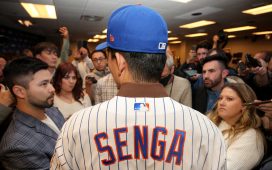 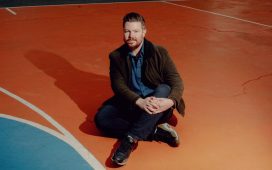 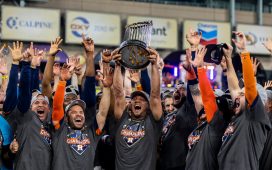 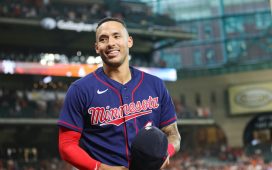