The Met Gala, the huge fashion fundraiser hosted by New York’s Costume Institute of the Metropolitan Museum of Art, was canceled in 2020 due to the coronavirus pandemic. But it returned Monday night for the 2021 celebration with a bang and an all-American theme. The dress code this year is supposed to be inspired by the museum’s exhibit, In America: A Lexicon of Fashion.

And, of course, the memes were almost as good as the looks themselves. Here are some of our favorites.

Nicki Minaj’s cousin’s friend did what?

Singer Nicki Minaj wasn’t at the Met Gala, but she did tweet about the event requirement that attendees be vaccinated against the coronavirus.

Get the CNET Now newsletter

Spice up your small talk with the latest tech news, products and reviews. Delivered on weekdays.

“They want you to get vaccinated for the Met,” she said, “if I get vaccinated it won’t for the Met. It’ll be once I feel I’ve done enough research. I’m working on that now. In the meantime my loves, be safe. Wear the mask with 2 strings that grips your head & face. Not that loose one.”

Minaj later tweeted that she will get the vaccine, writing, “A lot of countries won’t let ppl work w/o the vaccine. I’d def recommend they get the vaccine. They have to feed their families. I’m sure I’ll b vaccinated as well cuz I have to go on tour, etc.”

But it was another Minaj tweet that really lit up Twitter. “My cousin in Trinidad won’t get the vaccine cuz his friend got it & became impotent,” Minaj said. “His testicles became swollen. His friend was weeks away from getting married, now the girl called off the wedding.”

Fans were quick to point out to Minaj that the vaccine doesn’t cause impotence (though getting coronavirus can), but they also couldn’t resist the jokes.

“Your cousin’s friend prolly just picked up an STD but please keep going,” said one person.

Soccer star Megan Rapinoe lived the America theme, wearing a red, white and blue pantsuit and carrying a matching clutch that reads, “IN GAY WE TRUST.”

“Finally. Someone understood the assignment,” wrote one Twitter user.

Kim Petras is horsing around

Singer Kim Petras saddled up for the event, wearing a 3-D horse head bodice and a long braided hairpiece that could pass for a horse tail.

Billie Eilish wore a princessy, poufy pink Oscar de la Renta gown with a 15-foot train. Eilish has never worn de la Renta before and only agreed to do so if the brand agreed to stop using fur. The singer told The New York Times she found it “shocking that wearing fur isn’t completely outlawed at this point in 2021,” adding that she was “honored to have been a catalyst and to have been heard on this matter.”

At 19, Eilish is the youngest ever co-chair of the event.

Dan Levy maps it out

“This is what it looks like to come prepared,” tweeted writer Rachel Syme.

Levy’s outfit stirred up Seinfeld jokes, with one Twitter user noting, “It’s a Puffy Shirt!” in reference to the unfortunate fashion piece Jerry Seinfeld wore in one episode.

And there was more serious commentary, too. E! confirmed that Levy’s look pays tribute to the late David Wojnarowicz, an American artist who died from AIDS in 1992.

“Love the risk Levy took and that he brought San Francisco to the #MetGala2021,” wrote one fan.

Davidson told E! that his jewelry was specially designed to honor his late father, Scott Davidson, a firefighter who died in the Sept. 11, 2001, attacks, and to honor others who died on that day.

Kim and Kanye as dementors?

There’s fashion, and then there’s, uh, what Kim Kardashian and her estranged husband, Kanye West, wore Monday night. Both of them covered themselves in black, with Kardashian wearing a Balenciaga bodysuit and West in what appeared to be a black sweatsuit. The two were quickly compared to everything from the hideous dementor prison guards of Harry Potter fame to the queen alien from Aliens to Darth Vader himself.

One person pointed out that the outfits were so concealing, anyone at all could be in there.

“I bet this isn’t even Kim Kardashian,” the tweet read. “Kim’s at home in her pyjamas eating pizza.”

Iman goes for the gold

Model Iman went for the opposite look of the Kardashian-West duo, instantly recognizable in a stunning gold gown with an impressive headpiece.

“Everyone else just go home,” wrote one Twitter user, declaring Iman the fashion winner of the night. “Turn the limo around and go hit up a drive-thru.”

O say can you see 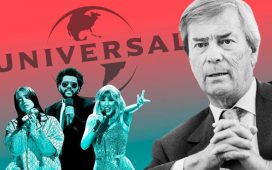 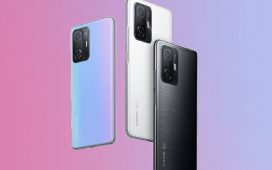 Xiaomi 11T Pro: 4 reasons you should be excited about this new flagship phone – CNET 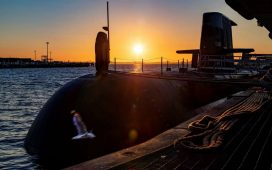 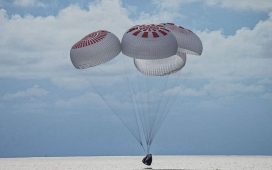 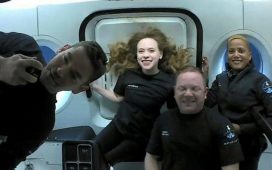 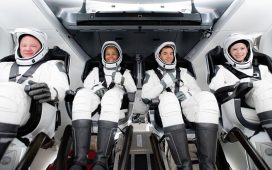 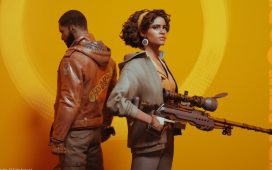