SCOTTSDALE, Ariz. — After 54 holes of stroke play the field of 30 teams at the 2022 NCAA Div. I Men’s Golf Championship is now down to 15 following the first cut on Sunday evening.

Oklahoma leads the way as the lone team under par at 1 under, four shots clear of in-state rivals Oklahoma State and six clear of third-place Vanderbilt. Seven of the teams to play in the morning wave on Sunday took advantage of the early conditions to solidify their spot inside the cut, leaving the rest of the field to duke it out for the final eight spots.

After Monday’s final round of stroke play an individual national champion will be crowned and the field will be cut to the top eight teams to set the bracket for match play. Meet the 15 teams competing for one of those coveted match play positions.

The Sooners shot 3 under on Sunday to move under par thanks to a blistering, bogey-free 7-under 65 by senior Patrick Welch. The nation’s No. 1 team has two players inside the top four in Gotterup (second) and Welch (fourth) as well as Logan McAllister and Drew Goodman, both T-17.

The Cowboys were semifinalists last season and return four of their five starters, and it’s showing early on. Senior Eugenio Lopez-Chacarra shot a 5-under 65 to climb into third on the individual leaderboard and has been setting the pace for Oklahoma State. With three other Cowboys T-26 or better, expect them to make another deep run.

Vanderbilt is nothing if not consistent. The Commodores have shot rounds of 282-282-281, with freshman Gordon Sargent holding the individual lead at 4 under after a 2-under 68 on Sunday (with two bogeys on his final two holes).

After its best NCAA Championship finish since 1993 last year, North Carolina returned to Grayhawk with one clear end goal: win a national championship. So far, so good as the Tar Heels find themselves in fourth at 9 over. North Carolina has improved each day and counted a worst score of just 1 over in the third round. Freshman David Ford and senior Ryan Burnett are T-5, with fifth-year senior Ryan Gerard T-12.

The defending national champions tied the low round of the day on Sunday and are starting to peak at the right time. At 13 over in fifth, six shots clear of sixth, the Waves are almost assured a spot in match play to defend their 2021 title, barring a colossal collapse in Monday’s final round.

Last year’s No. 1 seed in match play are in positition to crash the bracket once again this year after solid performances from senior Cameron Sisk and freshman Preston Summerhays (2 under) and junior David Puig (1 under). 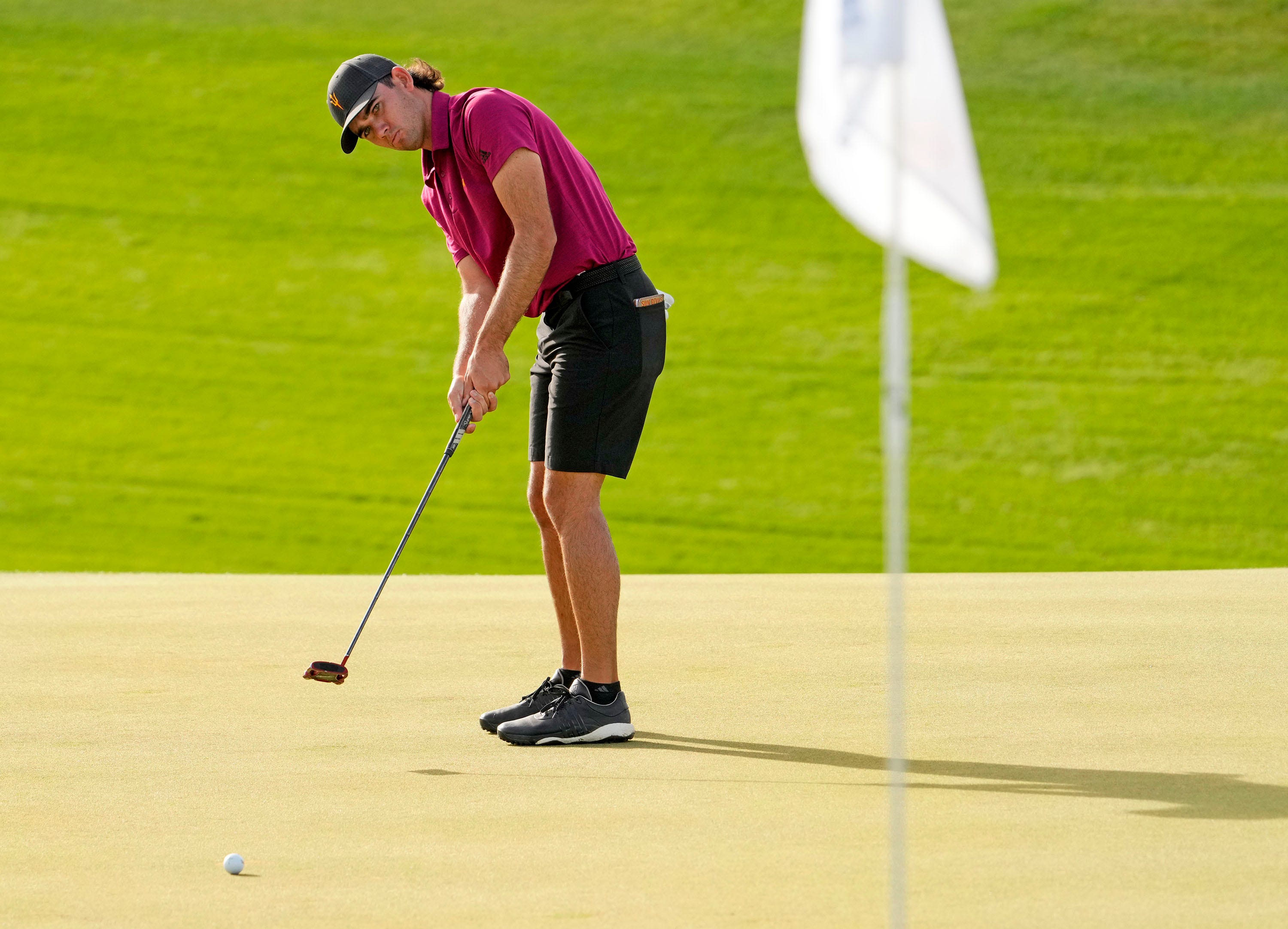 Seniors Cole Hammer and Parker Coody picked apart the front nine as Texas moved into seventh place at 20 over, six shots clear of the final spot in match play. It’s the final ride for the Hammer, Parker and his twin brother Pierceson, so don’t be surprised if the Longhorns make a match play run like in 2019.

Arkansas has been solid the last two rounds with consecutive days at 6-over 286, with junior Mateo Fernandez de Oliveira stirring the drink at even par in a tie for fifth place. All five starters for the Razorbacks are upperclassmen, and that veteran leadership could be clutch when the match-play nerves start kicking in.

The Tigers bounced back after a rough second round to right the ship and earn a spot inside the first cut, but will need to make a move on Monday if they want to advance to the finals for the first time since 2018. Sophomore Carson Bacha made just the eighth eagle of the week on Sunday on the par-5 fourth hole.

Ludvig Aberg made 17 pars and one bogey, on his penultimate hole nonetheless. Much like Auburn, the Red Raiders have a shot, but they’ll need to improve for the fourth consecutive day if they have any shot. After leading early at last year’s championship and falling off the pace, Texas Tech could play its way up the leaderboard to extend its postseason.

Florida’s Fred Biondi and Yuxin Lin were both under par to help the Gators climb three spots into 11th, safely inside the cut. Five shots is a small deficit at a course that plays as difficult as Grayhawk, but they’ll need junior Ricky Castillo to join the mix.

Trent Phillips, Maxwell Ford and Ben Van Wyk are all T-34 and have been the bright spots for the Bulldogs this week in the desert. At six shots back, Georgia is one of the last teams who will have a realistic shot at qualifying for match play.

10 shots back is doable, but it won’t be easy for the Ducks. Unlike their female counterparts, the men’s team likely won’t be playing for a national championship this week after a tough second round on Saturday. Only two players are inside the top 50 (Greyson Leach, T-34; Gregory Solhaug, T-49), but Oregon needs is a run of birdies to climb into contention.

Jack Gnam and Kye Meeks each made birdie on their final holes to help the Rebels claw their way into a tie for 14th and make a little program history. Senior Jackson Suber is T-25.

Playing in the next to last group, junior Bartley Forrester made a clutch birdie to keep the Yellow Jackets in the mix. Georgia Tech has five wins this season, most recently at the NCAA Columbus Regional, so they know how to go low and get the job done. Erasing an 11-shot deficit in the final round would be a tall task, but the lineup that starts five players taller than 6-foot-2 has the talent, they just need to do it. 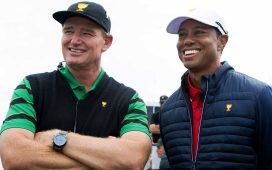 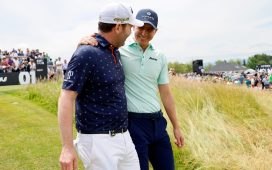 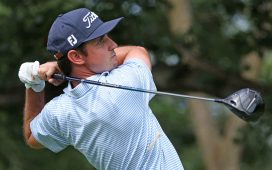 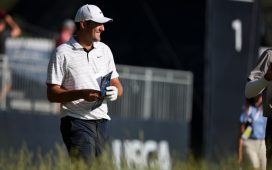 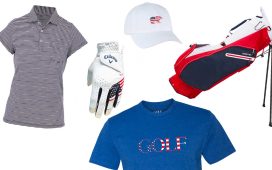 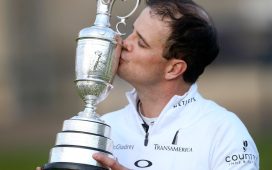 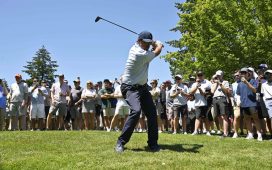 Mickelson and LIV Golf Attract Fans and Anger to Oregon 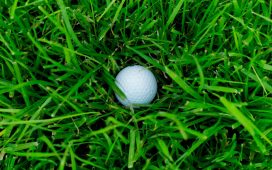