Armagh sealed a McKenna Cup semi-final spot with victory over Tyrone at O’Neill’s Healy Park, where Rian O’Neill stamped his class all over a highly competitive encounter.

O’Neill was the focal point, the creative force and the central figure as the Orchard sent the All-Ireland champions crashing out of the pre-season competition they have dominated in recent times.

Jason Duffy struck the first major blow with a 14th minute goal, collecting Aidan Nugent’s assist to finish from close range for a 1-5 to 0-2 lead at the drinks break.

Nugent tagged on a couple of points to help Kieran McGeeney’s side to a seven point lead, but Tyrone pulled a goal back just before half-time through midfielder Conn Kiplatrick.

Armagh led by 1-9 to 1-5 at the break, but substitute Paul Donaghy provided an attacking spark for the home side, his four scores, along with points from James Garrity and Conor Meyler, helping to close the gap to a single point.

O’Neill sent Armagh sub Rory Grugan through for a breakaway goal in the 51st minute, and they defended their lead to the end, almost snatching a third goal in the dying moments when Jemar Hall was denied by ‘keeper Darragh McAnenly.

19-year-old Matthew Downey was the star of the show as Derry qualified for the McKenna Cup semi-final as best runners-up final in slippery conditions in Roslea.

The gifted son of All-Ireland winning captain Henry Downey finished with a total of 0-7 including two vital late points that ensured victory for Derry after a Sean Quigley goal for Fermanagh set up a potentially close finish. Derry were dominant up to that point, but all of a sudden led by a mere point on a score of 0-13 to 1-9 with seven minutes to go.

Derry settled swiftly and were off the mark with a pointed free from impressive wing forward after a minute. That set the tone for a dull, defensive opening 20 minutes where two more points from Downey frees and a pointed Emmett Bradley free eased a more economical Derry into a 0-4 to 0-1 lead – Fermanagh’s sole response came from an Aidan Breen point in the seventh minute.

The scoring rate surged dramatically in the final quarter with both sides adding on a total of eleven points up to the break.

Local boy Sean Quigley and Brandon Horan left just a point between the sides before Derry sprinted clear with some fine efforts from Conor Doherty, Paul Cassidy and Benny Heron as they led by 0-10 to 0-6 at the break.

Fermanagh tried hard to get back on terms in the second half but were always that little but behind the impressive winners. 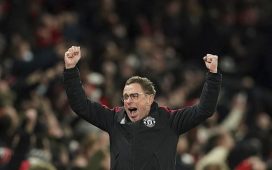 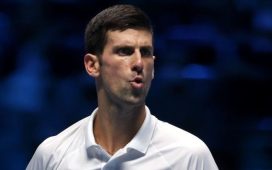 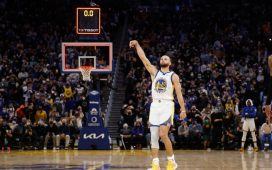 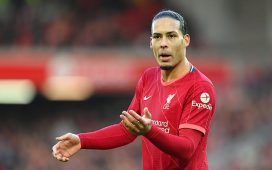 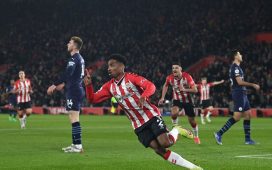