The secret isn’t ever revealed too easily, which is why Rory McIlroy – working on his swing plane – and Jordan Spieth, another working on the mechanics of the swing and slowly and surely working his way back to his old self, are among those searching for the final ingredients to get those all-important “Ws” back on their CVs.

McIlroy’s week away from tournament action has seen the Northern Irishman drop one spot to seventh in the latest world rankings. He was using what he calls his “little machine”, a swing-plane perfector, in the hope that things slip back into gear at this week’s Genesis Invitational at Riviera Country Club in Los Angeles.

The event kick-starts a run of four successive weeks on tour that will also take in next week’s WGC at The Concession in Florida, followed by the Arnold Palmer Invitational and the Players.

While McIlroy’s winless run extends back to November 2019, Spieth’s stretches back even further to July 2017, when he lifted the Claret Jug as British Open champion. Yet despite again failing to get over the line in Pebble Beach, he is on an upward trend (up from 92nd to 69th to now 62nd) in the world rankings in recent weeks.

If those fourth and third places finishes in back-to-back weeks have given confidence as Spieth returns to what he calls “arguably my favourite golf course in the world” at Rivieira, the final ingredient has to do with the mechanics.

As Spieth put it: “It’s still dragging on, still going to long and therefore getting late into the ball . . . as I go [into the Genesis] I look to have more swings that I know are getting into position, hitting the spots I know that I can.

“I’m legitimately going around with maybe my B game, and I know that stepping on to the first tee. It’s very difficult to go out knowing that you don’t have your best stuff and to go out there with my own expectations that I’m going to win.

“So that’s kind of the battle, and I just hope that I continue to progress to where I can stand on that first tee as confident as I historically have been, and where everything’s at to where I can go out and play boring golf and hit a bunch of greens and make it a really easy 18 holes to win a golf tournament.”

While Riviera may be among his favourite courses, Spieth’s best finish in the tournament is a tied-9th in 2018.

McIlroy has included the tournament on his schedule for the past three years, posting top-10s each time. His best finish was tied-5th last year when he went into the final round in a tie for the lead only to see his prospects ruined by a triple bogey on the fifth hole as Adam Scott claimed victory.

Pádraig Harrington remains confident of joining McIlroy in the field at Riviera. The Dubliner was forced out of last week’s Pebble Beach Pro-Am after contracting Covid-19, and has been self-isolating and following PGA Tour protocols since testing positive.

His quarantine period extends to Wednesday, and he will then make a judgment call on whether or not to make the trip from the Monterey peninsula to Los Angeles.

The Genesis Invitational is a tournament hosted by Tiger Woods, and although he will be present at the course this week he won’t be playing as he recovers from off-season surgery on a pressurised disc fragment in his back that was pinching a nerve.

The world rankings top-50 exemption cut-off for next week’s WGC event – moved from Mexico to Florida – came after the Pebble Beach Pro-Am, with Woods (48th), Will Zalatoris (49th) and Bubba Watson (50th) remaining inside the mark.

However, Woods has yet to announce when he will return to action, with the Masters in April seen as his target. He is not expected to play next week, with players having until Friday of this week to confirm. 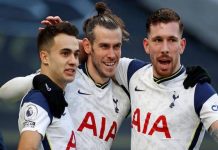 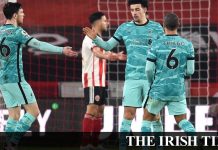 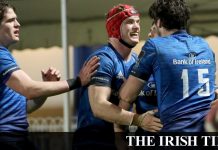 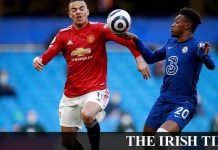 Man United and Chelsea play out another dour goalless draw 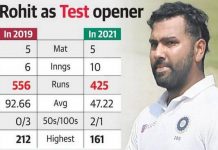 India vs England | Rohit has proved himself in tougher home conditions