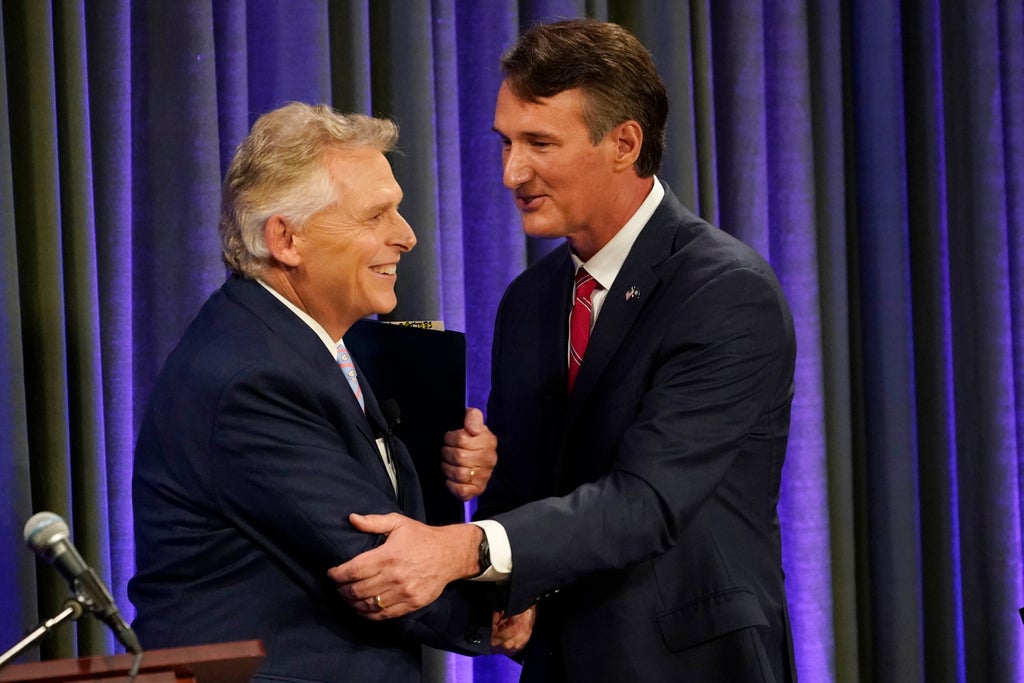 Democrat Terry McAuliffe and Republican Glenn Youngkin clashed over abortion and vaccination policies Thursday in Virginia’s first gubernatorial debate of the general election season, as each sought to cast the other as extreme.

The candidates in the closely watched race met at the Appalachian School of Law in Grundy a small town in southwest Virginia, where the debate got off to a relatively heated start, with cross-talk and occasional snide remarks.

The first questions of the night dealt with the COVID-19 pandemic, which has left more than 12,000 Virginians dead and hospitalized tens of thousands more. The candidates’ answers highlighted the already clear differences about how they would approach attempting to manage the virus.

Asked his position on President Joe Biden s sweeping new vaccine mandates issued earlier this month, Youngkin called himself a “strong advocate” for the COVID-19 vaccines but said he thought the president lacked the authority to “dictate” that workers receive one.

“I have been a strong, strong advocate for everyone to get the vaccine. I do believe that individuals should be allowed to make that decision on their own,” said Youngkin, a former business executive and political newcomer.

McAuliffe criticized Youngkin as failing to show leadership, saying later in the debate: “His Day One plan would be to unleash COVID because he doesn’t believe we should mandate vaccinations.”

He also accused Youngkin of urging college students to use loopholes to get past universities’ vaccine mandates, with the Democrat’s campaign promptly highlighting a tape of Youngkin saying, “I encourage people to … stand up for your exception.”

The candidates’ stark differences on abortion were also on display during the hourlong debate. Each sought to make the case that the other was out of line with the mainstream. McAuliffe said Youngkin wants to “ban abortion,” while Youngkin called McAuliffe “the most extreme pro-abortion candidate in America today.”

McAuliffe, who often promises to be a “brick wall” against legislation that would curtail abortion access, was asked a question about third-trimester abortions and indicated he would support loosening a requirement that three doctors sign off on the procedure. He called it an issue of fairness for women in rural communities.

Youngkin, who describes himself as pro-life but says he supports exceptions for rape, incest or to save a mother’s life, said he would not have signed Texas’ new law banning most abortions but indicated he would support a “pain threshold bill.”

Apart from this week’s recall election in California, only Virginia and New Jersey are electing governors this year, and the Virginia race is by far the most competitive. That’s meant the contest has drawn outsized national attention as a possible indicator of voter sentiment heading into the 2022 national midterm elections.

Polls have generally shown McAuliffe, who previously served as governor from 2014-2018, with a slight edge over Youngkin.

While Virginia has been trending blue for over a decade, Republicans are optimistic about their chances this year, hoping that a diverse statewide ticket and a historical trend of opposition in Virginia to the party in control of the White House will boost their odds.

Youngkin, a former co-CEO of the investment firm The Carlyle Group, also has the vast personal wealth to help bankroll his campaign.

Campaign finance records filed Wednesday that covered the past two months showed Youngkin with a significant fundraising advantage over McAuliffe, thanks to $4.5 million Youngkin loaned his campaign. But McAuliffe, a prodigious fundraiser, will enter the final two months of the campaign with an advantage in cash on hand, with $12.6 million in the bank compared to $6 million for Youngkin, the records show.

Once best known as a top Democratic Party fundraiser, McAuliffe jumped into the race in December with something close to incumbent status, having preceded current Democratic Gov. Ralph Northam in office. Virginia law does not allow governor to serve consecutive terms.

McAuliffe went on to win a resounding victory in June’s five-way Democratic primary.

Youngkin captured the GOP nomination in a seven-way convention in May.

During their closing remarks, McAuliffe told voters Youngkin was “too extreme” and a “Trump wannabe.” He said that he had the on-the-job experience needed to provide a steady hand and guide Virginia out of the pandemic.

Youngkin made the case that it’s time for a fresh perspective.

“Do you want tired, old recycled policies from a tired politician? Or do you want to embrace someone new, a business leader who knows how to create jobs and get things done?” he said.

Thursday’s debate was moderated by Susan Page the Washington bureau chief of USA Today, who assertively pressed both candidates when they avoided giving direct answers. Page was joined by panelists Bob Holsworth, a veteran Virginia political analyst, and Candace Burns, an anchor for TV station WTVR in Richmond.

Princess Blanding, an activist and educator making a long-shot third-party bid, was not part of the event.

The debate was held a day before early in-person voting was to begin at local voter registration offices and was the first of two debates the candidates have agreed to before the Nov. 2 election. The second is planned for Sept. 28 at a community college in northern Virginia.

Also on the ballot this fall are races for attorney general and lieutenant governor, positions currently held by Democrats. Democrats will also be defending their majority in the House of Delegates, with all 100 seats on the ballot. 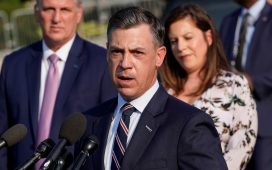 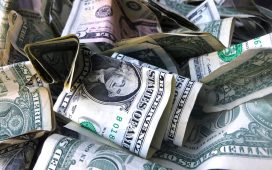 Inside the Beltway: Democrats try to make a trillion 'sound normal'

‘I’m a human being’: Nonbinary lawmaker criticises Oklahoma GOP and those who ‘adamantly oppose your existence’ 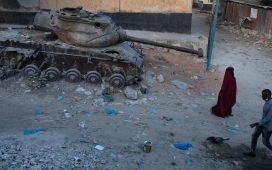 A C.I.A. Fighter, a Somali Bomb Maker, and a Faltering Shadow War 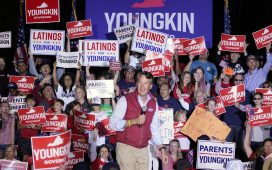 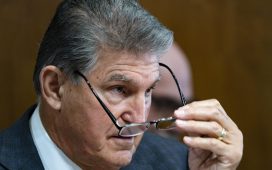