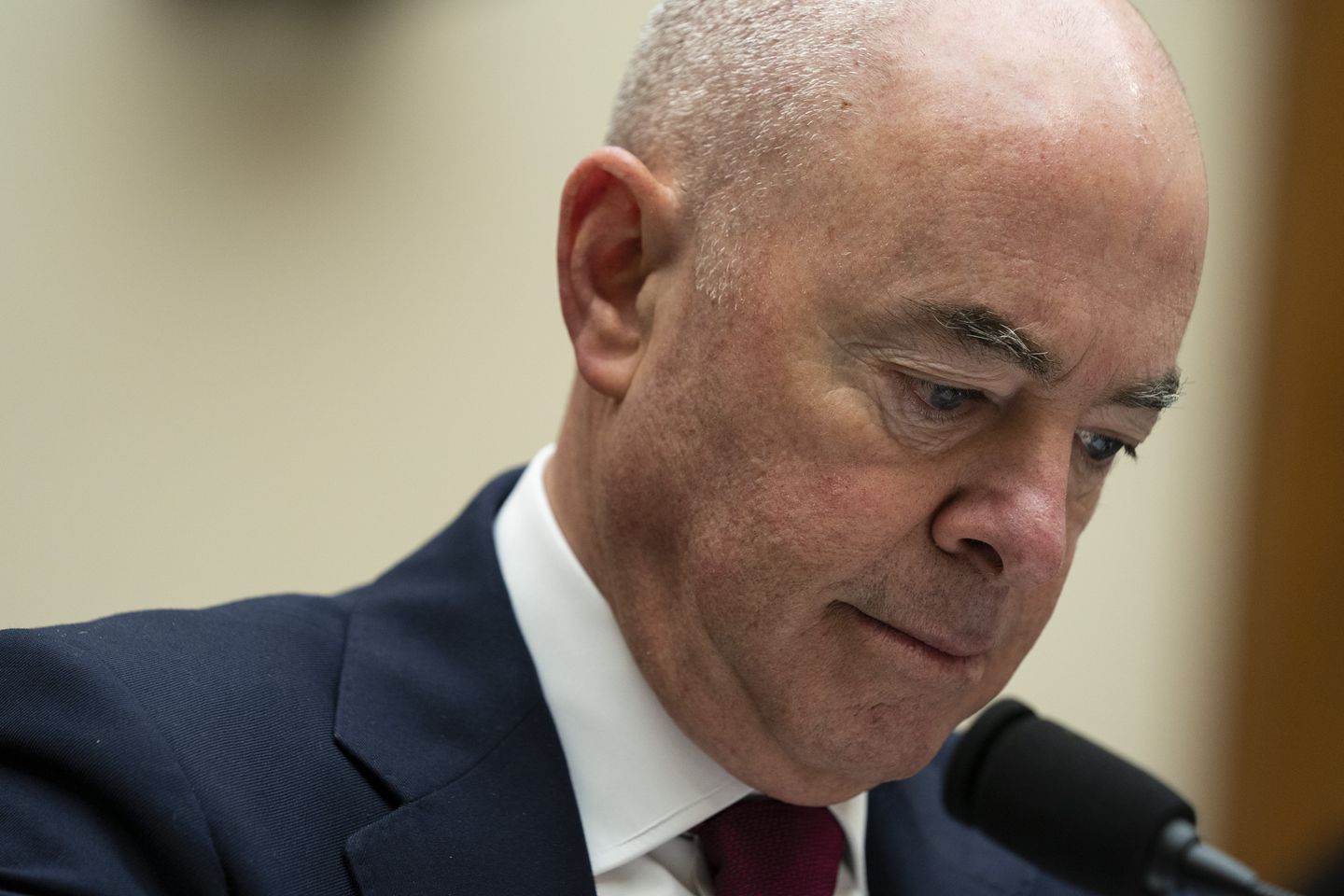 Homeland Security Secretary Alejandro Mayorkas put the final kibosh on his disinformation governance board on Wednesday, after a review he ordered came back with a firm recommendation that the idea was a stinker.

The board had been on hold since May, when Mr. Mayorkas hit pause after a botched rollout that saw critics accusing him of Orwellian attempts to silence people who had competing views on issues of the day.

Mr. Mayorkas had insisted that wasn’t his goal. But the pick of Nina Jankowicz, who had a history of spreading dodgy information, to lead the board, as well as revelations that the board had been trying to coordinate directly with major tech companies had fatally damaged the secretary’s plans.

After his own Homeland Security Advisory Council voted unanimously to reject the idea of a board on Wednesday, Mr. Mayorkas put the final nail in it.

“In accordance with the HSAC’s prior recommendation, Secretary of Homeland Security Alejandro N. Mayorkas has terminated the Disinformation Governance Board and rescinded its charter effective today, August 24, 2022,” the department said.

The advisory council said that Homeland Security should play a role in combatting misinformation, but said it should build on what the department already does.

The council, in a report led by Michael Chertoff, a former Homeland Security secretary in the Bush administration, and Jamie Gorelick, a former deputy attorney general in the Clinton administration, said a board wasn’t needed to achieve those goals — and indeed, suggested the department might be straying too far from its mission.

“They don’t have a red pencil to correct everything in the world that’s not true,” Mr. Chertoff said as he and Ms. Gorelick revealed their final report to the advisory council.

They said the department should be moving to combat information that affects Homeland Security’s core missions. As examples, they said when smugglers try to lure new migrants to make the journey to the U.S., Customs and Border Protection has the responsibility to try to tamp down on that messaging, or when people post false information about emergency services amid a disaster, the Federal Emergency Management Agency (FEMA) should try to correct the record.

They said the word “disinformation” often sparks intense reactions, but Mr. Chertoff said “it was our sense that the actual work of the department has been exaggerated, and the real work is extremely straightforward.”

He and Ms. Gorelick said the department should follow basic principles of communicating what it’s doing, making sure that’s done in plain language and explaining to the public “the importance of truth.”

The report also urged the department’s legal offices to take an active interest in what agencies are doing to make sure civil liberties are being respected.

Mr. Mayorkas had said that was a chief goal of creating the disinformation board in the first place.