A look at what’s happening around European soccer on Sunday:

Jose Mourinho begins his first full season in charge of Tottenham with a home match against Everton in the Premier League.

It marks the beginning of a busy start to an already congested season for Spurs, who are also in Europa League qualifying.

Everton manager Carlo Ancelotti must decide which of his three recent signings – James Rodriguez, Allan and Abdoulaye Doucoure – get starts for his team’s opener.

The other game sees West Bromwich Albion play its first game back in the Premier League after promotion from the Championship, with Leicester the visitor.

Manuel Pellegrini coaches his first official match at Real Betis on Sunday when his team hosts Alavés in Seville.

Champion Madrid, Barcelona, Atlético Madrid, and Sevilla all have their games from the first two rounds postponed to give them extra rest after playing in Europe in August.

Last season’s beaten finalist, Bayer Leverkusen, begins the season with a home game against fourth-tier Eintracht Norderstedt in the first round of the German Cup.

It will be Leverkusen’s first game without influential players Kai Havertz and Kevin Volland after their departures for Chelsea and Monaco, respectively, though Peter Bosz’s team has Patrik Schick, who played on loan for Leipzig last season.

Matches will be played with no or only limited numbers of fans present due to measures against the new coronavirus.

Schalke was due to host Bavarian side Schweinfurt, but the game was called off on Friday following a complaint from Türkgücü Munich. Türkgücü contends it should be playing Schalke as it was the local regional league leader ahead of Schweinfurt when the division resumed after its pandemic-induced break. Bavarian soccer authorities had already promoted Türkgücü to the third division for the new season, making second-placed Schweinfurt the best Bavarian amateur side at the time of registration for the cup.

Neymar is set to play a part in Paris Saint-Germain’s home game against bitter rival Marseille on Sunday after recovering from the coronavirus.

Angel Di Maria, goalkeeper Keylor Navas and midfielder Leandro Paredes are also in the squad for the game at Parc des Princes after recovering.

They were among six PSG players who tested positive for COVID-19 following a club-approved trip to Ibiza, the other two being captain Marquinhos and striker Mauro Icardi. They are not in the squad and neither is Kylian Mbappe, who contracted the virus on international duty with France last week.

PSG is unbeaten in 20 games against Marseille, the only French side to have won the Champions League. 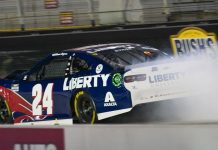 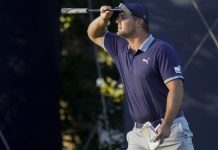 NC unemployment rate falls to nearly half of lockdown's peak 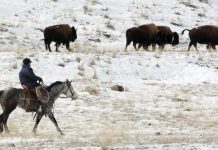 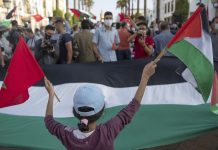 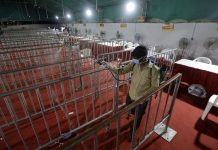 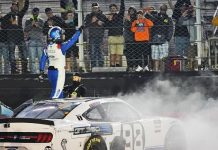