ANNAPOLIS, Md. (AP) – A package of police reform measures in Maryland with a statewide standard for use of force, expanded use of body cameras and greater public access to police misconduct records passed the state Senate on Wednesday.

A repeal of police job protections in a statewide disciplinary process that critics say have shielded authorities from responsibility in police brutality cases also was among the nine separate measures.

Police reform has been a top issue for Maryland lawmakers after the death of George Floyd in Minnesota last year and the nationwide protests that followed. Supporters described the package as a substantial step forward in addressing challenging policing issues, even if provisions didn’t always go as far as they wanted.

“We’re not always going to get everything that we want this session, but I look on this as a down payment on making things right in terms of how policing is affecting this community,” said Sen. Charles Sydnor, a Baltimore County Democrat.

The bills now go to the House of Delegates, which is working on a similar police reform package.

Many of the measures passed unanimously, including a bill to mandate the use of body cameras across the state and another that expands mental health services for law enforcement.

A bill to curb local police departments from receiving surplus military equipment also passed unanimously, as well as legislation requiring the state prosecutor to investigate police-involved deaths. A measure to limit the use of no-knock warrants passed unanimously, as well as a bill to give local control of the Baltimore Police Department to the city.

Others were more contentious, including a measure to repeal a 1974 Maryland law that created procedural protections in disciplinary matters known as the Law Enforcement Officers Bill of Rights. The bill, which would include civilian oversight in police disciplinary cases, passed 33-14.

While supporters said the package of bills would increase safety and transparency, opponents said police are being blamed for larger social problems, and they expressed concern that the legislation would hurt police morale and harm recruitment efforts in places where it is hard to attract people to law enforcement jobs.

“The overall messaging on all of this nationwide that has pushed for police reform has made it all about how the police are bad, the police are to blame,” said Sen. Justin Ready, a Carroll County Republican. “That’s the impression it leaves, and I think it’s an incorrect impression.”

A bill to create a statewide use-of-force standard that includes the duty for police to report and intervene, as well as protections for whistleblowers, passed 35-12.

“We should be dealing with what is in front of us in Baltimore city in addition to this,” said Bailey, who represents parts of Calvert and St. Mary’s counties.

Sen. Cory McCray, a Baltimore Democrat who voted for the bill, said he thought of people who have died in police custody in recent years, including Freddie Gray, a Black Baltimore man, in 2015, and Anton Black, a Black 19-year-old on the Eastern Shore, in 2018. He said the measure reminded him of the Homeland Security phrase “if you see something, say something.”

A measure named for Anton Black to increase public access to police misconduct records – even in cases when allegations against officers are determined to be unfounded – passed on a 30-17 vote.

“We should definitely expose when wrongdoing has been done and proven, but this bill puts people in jeopardy for doing their job and having somebody complain and it be unsustained,” Ready said.

But Sen. Delores Kelley, a Baltimore County Democrat, said greater transparency will be a benefit to police officers as well as the public.

“If ultimately after there’s been a good investigation, the charges are not sustained, the public should know that,” Kelley said. “The police officer should be able to look all of the people in the face and accept their congratulations that justice in his or her case has been done.” 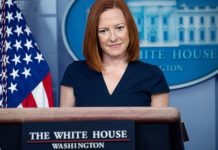 Making sense of conspiracy theorists as the world gets more bizarre

What’s Donald Trump up to these days? I tried to find out via Instagram

The Agenda review: why Biden must expand the supreme court – fast 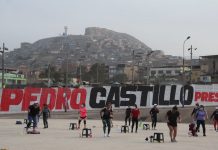 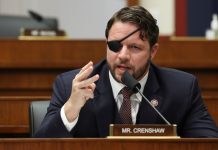 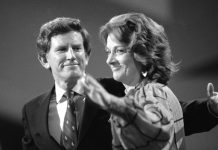