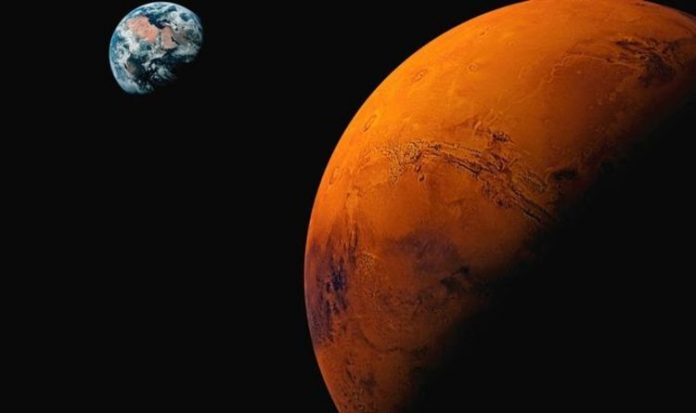 Mars is currently extremely close – in astronomical terms at least – to Earth, making the Red Planet easy to spot. Having just completed Opposition – the point at which the Sun, Earth and Mars perfect align – the Red Planet is still nearby, making for easy viewing.

With Mars being virtually opposite to the Sun, and behind Earth, it makes for perfect viewing all night.

According to Time and Date, the Red Planet will rise in the East at around 18.17 this evening, shortly after sunset.

It will be visible all night, until it dips behind the horizon tomorrow morning at 7.19am.

To look for the Red Planet, simply look at the Moon and search for a star which appears to have a red hue to it hovering around our lunar satellite – that is Mars.

Time and Date said: “Mars is roughly in the opposite direction of the Sun in the sky, and is, therefore, visible most of the night.

“This is the best time of the year to view the planet.”

This may be the last time that we get such a perfect view of MArs for more than two years, according to NASA.

“During opposition, Mars and the sun are on directly opposite sides of Earth. From our perspective on our spinning world, Mars rises in the east just as the sun sets in the west.

“Then, after staying up in the sky the entire night, Mars sets in the west just as the sun rises in the east.

“Since Mars and the sun appear on opposite sides of the sky, we say that Mars is in ‘opposition’.” 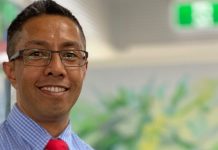 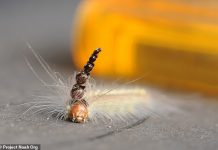 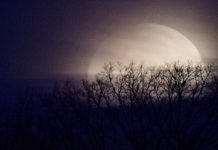 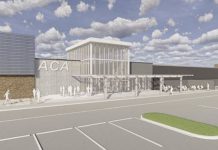 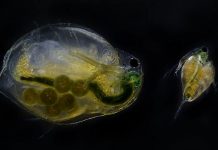 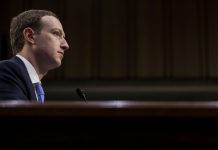 Why is Mark Zuckerberg gambling with the principles of the open web? – New Statesman 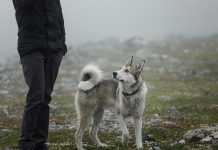 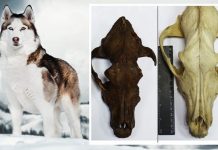 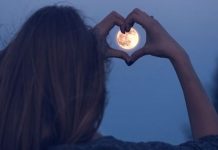 October Full Moon: Why Halloween’s Blue Moon is so rare