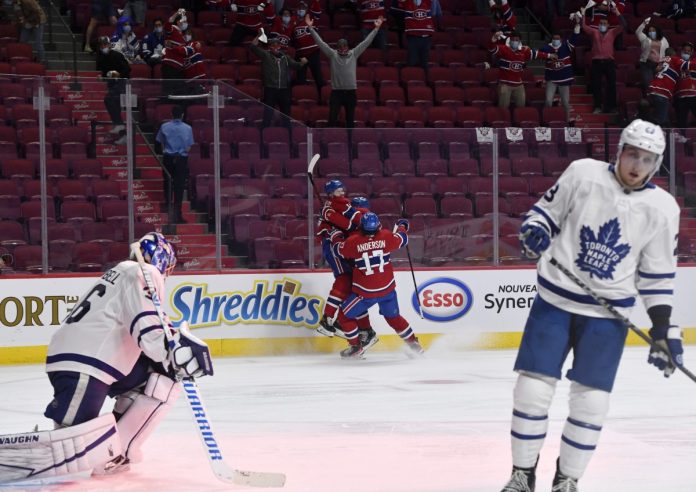 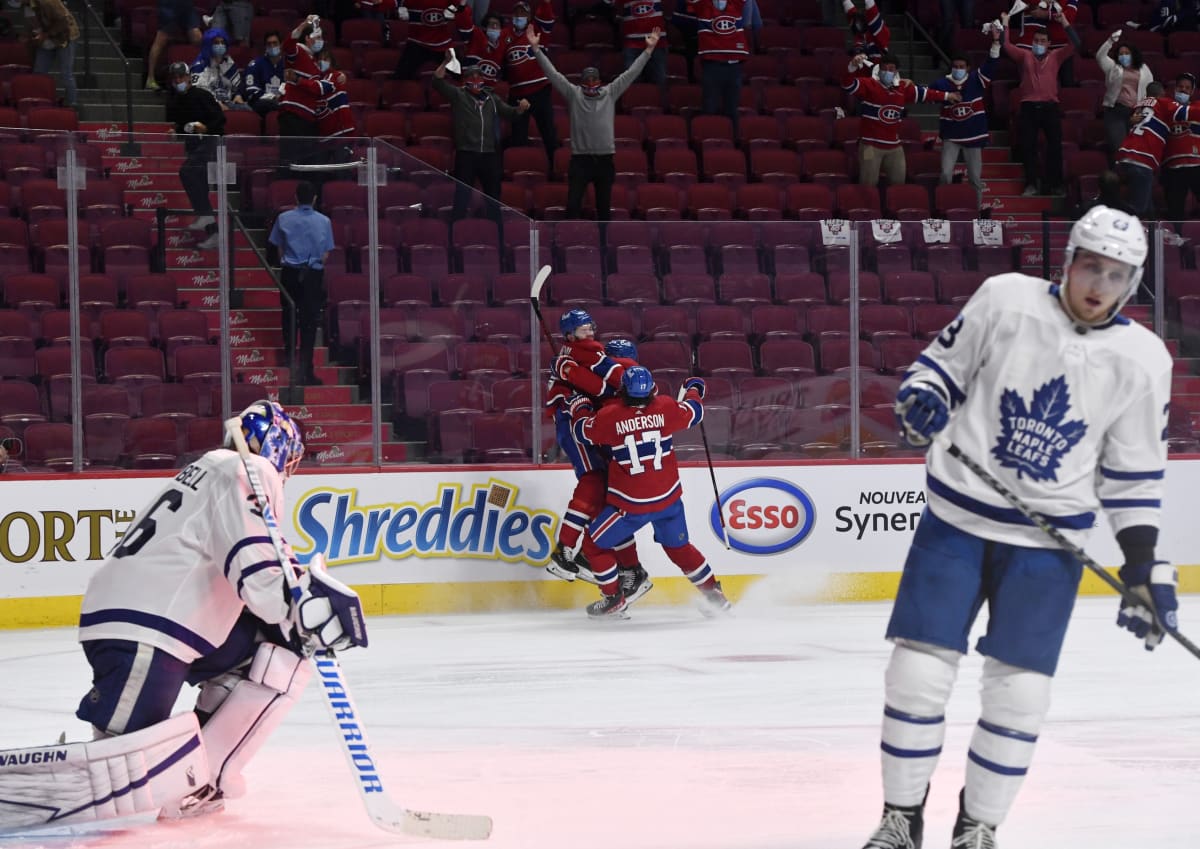 MONTREAL — What seemed like an inevitable series win for the Toronto Maple Leafs just a few days ago has turned ugly.

The Toronto Maple Leafs will now play to stay alive in the 2021 NHL Playoffs after falling to the Montreal Canadiens 3-2 in overtime in Game 6 at Bell Centre on Saturday.

The same Maple Leafs who held a lead in the North Division since early February. The same team that went 6-2-2 against their rivals during the regular season.

The Canadiens, who had been down 3-1 in their series and presumably left for dead against the talent-loaded Maple Leafs, have rattled off back-to-back overtime wins to keep their season alive.

Fresh off a 4-3 overtime win in Game 5, the Canadiens carried the energy from 2,500 fans inside Bell Centre. It was the first game in Canada where tickets were made available to fans since the start of the COVID-19 pandemic.

The Canadiens clearly felt their presence.

“Obviously they fed off it, especially early,” Auston Matthews said of the crowd.

Montreal registered the first eight shots on goal in the game. During that span, Toronto’s futile power play went to work and didn’t record a single shot on goal.

“We just didn’t come ready to play at the start of the game,” Mitch Marner said. “We really do have to start on time because it’s getting said a lot, and it’s not good enough.”

Leafs goaltender Jack Campbell helped his team get out of the opening frame unscathed. Both he and Carey Price were locked into an epic goaltending duel that went on throughout the night.

Montreal eventually broke the game open in the third period when Corey Perry scored on the power play for a 1-0 lead at 5:26.

“The piece that we were looking at was just at the end with (Tyler) Toffoli standing in the crease,” Keefe said. “(We) thought there’s some precedent there where the goalie’s trying to get back into his crease and can’t and goals come back.”

The Leafs were assessed a delay-of-game penalty for the unsuccessful challenge. Marner put his team down another man when he fired the puck over the glass in his own end.

Toffoli took advantage with a shot from the slot that beat Campbell at 6:43.

With a 2-0 lead, Campbell still found himself challenged by the Canadiens. His pad save on Nick Suzuki at 7:06 helped keep Toronto’s deficit at two goals.

Campbell made 31 saves in the loss.

Like they did in Game 5, the Leafs mounted a comeback. Jason Spezza scored his third goal of the playoffs that cut Montreal’s lead to 2-1 at 11:35.

TJ Brodie tied it when his shot from a far distance managed to beat Price at 16:49.

In overtime, the Leafs dominated the play. The crowd at Bell Centre fell silent as Toronto repeatedly carried the puck in Montreal’s zone. But Price stood his ground. He repeatedly flashed his glove to negate Toronto’s threat.

Toronto had 13 shots on goal in the extra session. Montreal had two. A turnover by Travis Dermott led to a pass from Montreal’s Paul Byron to teammate Jesperi Kotkaniemi, who beat Campbell with a deflection off the knee of Zach Bogosian and into the goal at 15:15 of OT.

Price made 41 saves in the win.

The Leafs head home with their season on the line on Monday, and they may have to do it without Jake Muzzin. The defenseman left the game in the second period with a lower-body injury and did not return.

There was no update given on the defenseman’s health following the game.

The Leafs’ special teams, particularly the power play, has struggled over the last few months and they were 0-for-4 against Montreal on Saturday.

Meanwhile, Montreal went 2-of-4 with the man advantage.

Toronto’s top duo of Marner and Matthews have combined for one goal in the series.

“I thought they worked hard,” Keefe said of his top line. “Obviously, didn’t get enough done.”

Despite the many silver linings you could pick out from the last couple of games, the Leafs haven’t got the job done. Although it may be unfair to compare this team to the ones that haven’t been able to win a playoff series for 17 years, that’s naturally what fans of the club look at when they see repeated chances to succeed slip away.

“Look at the past two games, comeback, comeback, we’re going to break through at some point,” Nick Foligno said. “We know we have to play better and we will play better.”

According to ESPN Stats and Info, the Leafs lost their seventh-straight series clincher, putting them into a tie for the second-longest streak in NHL history.

This is the year it’s supposed to be different for the Maple Leafs. They brought in veterans like Spezza, Joe Thornton and Wayne Simmonds to bring an element they were missing last season. They dominated their division in the regular season. They added players like Foligno at the deadline to bolster their team further.

“I don’t think pressure is an issue here,” Keefe said. “I think it’s just a matter of playing a hockey game where we’ve got to elevate our play.”

When the Canadiens took Game 1 of the series, Leafs defenseman Morgan Rielly said his team had to “change the narrative.”

They have 60 minutes left on Monday to do just that. Those words hold 17 years of weight. 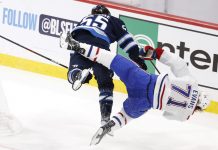 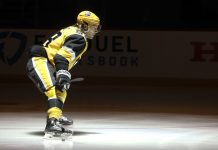 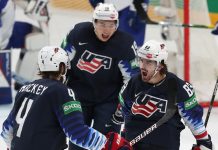 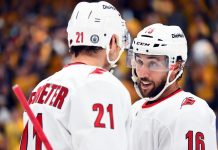 Battered Hurricanes in a Tough Spot Against Lightning 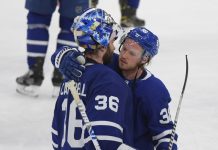 How do the Toronto Maple Leafs Cure Their Choking Problem? 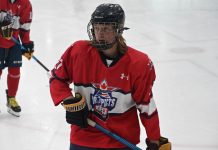 Meet Quentin Musty, the Top Pick in the OHL Draft 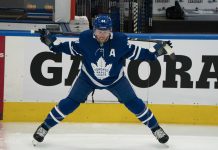 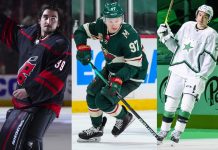 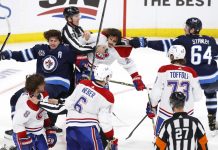 The Hockey News Now: Habs, Jets Start With a Bang 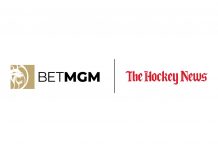 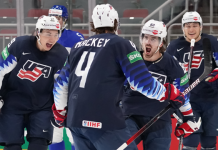 Team USA Tops Slovakia, 6-1, In Quarterfinal Round At Men’s Worlds