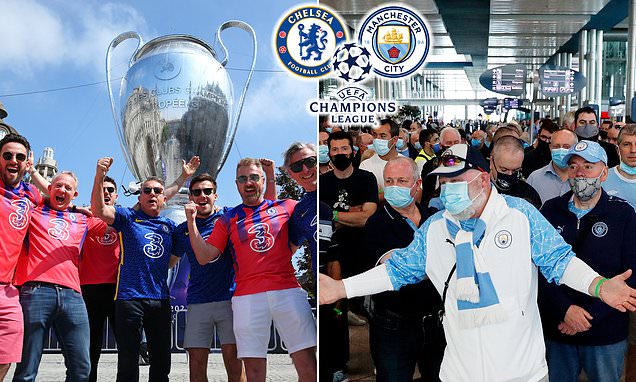 Champions League final build-up LIVE: Manchester City and Chelsea fans are out in force as their sides face off in an all-English affair for the biggest prize in club football, with Pep Guardiola and Thomas Tuchel looking to create history

By Dan Ripley for MailOnline and Daniel Davis For Mailonline

The stakes don’t get any higher than this as Manchester City and Chelsea battle it out for the Champions League tonight in Porto.

Premier League champions City are the favourites and are bidding to win the competition for the first time in their history while victory would also wrap up a famous treble for Pep Guardiola and his men.

Thomas Tuchel, meanwhile, has done an incredible job since taking over at Chelsea and will desperate to end the season on a high after losing the FA Cup final earlier this month.

The German has already beaten Guardiola’s City twice this season, can he inspire Chelsea to a third win and the biggest prize in club football? Stick around to find out!

Follow Sportsmail’s Dan Davis and Dan Ripley for all the build-up and live action in tonight’s Champions League final between Manchester City and Chelsea. 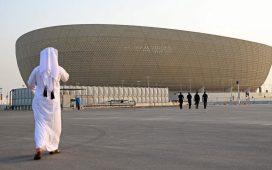 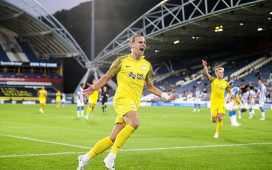