After the publication of the report on player workload, FIFPRO general secretary Jonas Baer-Hoffmann said that the congested fixture list was to blame for the rising number of injuries in top-level football.

“There’s a beautiful example with Manchester United coming up now,” he told the Press Association.

“They play Thursday, Sunday, Tuesday, Thursday. Four games, May 6 to the 13, including travel. There were specific circumstances why this one game had to be delayed.

“But, I mean this is just not physically possible.”

What did the FIFPro report find?

The report examined the effect of burnout on professional footballers between the FIFA World Cup 2018 and the end of the 2018-2019 season.

The report found that during the 2018-19 season, players from across world football were exposed to severe match overload and insufficient rest, which stretches the limit of their mental and physical capacity.

The report found that, in extreme cases, some footballers play in almost 80 games per year and most play with less than five days rest.

Season breaks are also cut short because of the congested fixture schedule, with players overloaded with matches. Within a World Cup cycle, for example, some players will have no real off-season break.

This insufficient recovery period between games and seasons, as well as players starting their career at an even younger age, increases the risk of injury and can shorten a player’s career.

What were the standout findings?

Tottenham Hotspur’s South Korea international Son Heung-min played 78 games for his club and country from May 25 2018 to June 13 2019, more than any other player in FIFPRO’s report.

Of the 78 games, 72 per cent were played with less than five days of rest. In total, he had only 22 days off in the summer and trained throughout the winter.

FIFPRO also highlighted the workload of international players in comparison to their non-global peers. When at Barcelona, Croatia international Ivan Rakitic played 68 games during the same time period as Son.

He reached the World Cup final and the Champions League semi-final and had only 28 rest days throughout the year.

Even though Harry Kane missed a total of two months in the 2018-19 season because of injury, he still totalled 57 games, 67 per cent of which were without the recommended five-day rest period.

Owing to his country’s World Cup run, the England captain only rested for 22 days in the summer and played throughout the winter.

Alisson Becker, meanwhile, was involved in 72 matches for Liverpool, including every Champions League and Premier League game. Brazil’s early exit from the 2018 World Cup was somewhat fortunate as it allowed him 23 recovery days in the summer.

As for Pierre-Emerick Aubameyang, he played 59 games for Arsenal and reached the Europa League final. Over 50 per cent of these games were played with less than five days recovery. In the summer of 2018, however, he clocked up 50 days of rest as Gabon did not participate in the World Cup.

Have there been more injuries this season?

The Athletic reported earlier this season that muscle injuries were up by 42 per cent at the time of publication compared to the previous campaign.

Speaking to The Athletic in October, Dr. Joel Mason, a sports scientist at the University of Jena in Germany, emphasised how the unique nature of this season means teams have struggled to manage hamstring strength, a proven protector against muscle injuries.

Muscle injuries have continued to be a problem this season with players such as Virgil van Dijk, Tariq Lamptey and Danny Ings among those to miss prolonged periods of the campaign due to such problems. 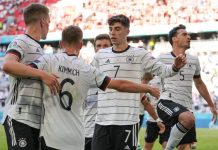 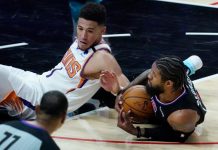 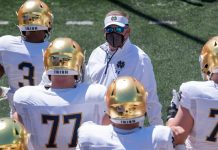 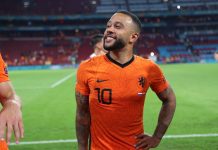 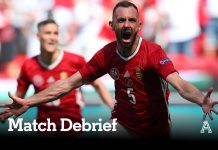