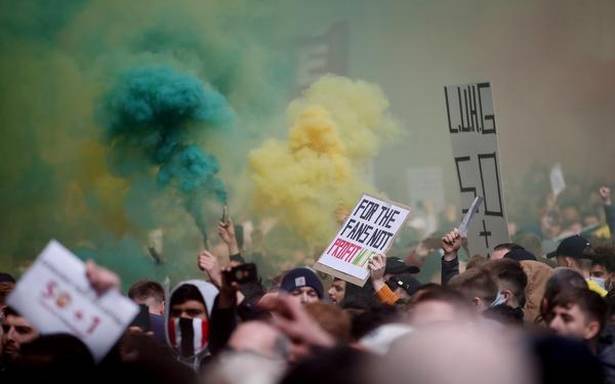 While the protest had been planned and was largely peaceful, it descended into chaos as fans infiltrated the stadium.

Manchester United’s Premier League match against Liverpool was postponed on Sunday after United fans forced their way into the stadium and stormed the Old Trafford pitch to protest against the club’s owners — the Glazer family.

“Following discussion between the Police, the Premier League, Trafford Council and the clubs, our match against Liverpool has been postponed due to safety and security considerations around the protest today,” United said in a statement after the game was called off.

“Discussions will now take place with the Premier League on a revised date for the fixture.”

Liverpool issued a statement saying they were in full agreement with the decision.

An hour after the scheduled 1530 GMT kick-off, both sets of players were still stuck in their hotels. The Lowry Hotel, where United’s players were preparing for the match, was also the scene of a large anti-Glazer protest.

Greater Manchester Police said around 100 United fans took to the pitch, some letting off flares and others carrying posters calling for the Glazers to end their ownership of the club they bought in 2005. One young fan was photographed on top of one of the goals.

Police said some United staff locked themselves in rooms.

The match was being played behind closed doors due to COVID-19 restrictions but that did not stop chaotic and ugly scenes inside and outside Old Trafford, which left one police officer requiring emergency treatment after being slashed with a bottle, Greater Manchester Police said.

Media representatives covering the game, including Reuters, were kept outside as the stadium was locked down after the fans had been removed.

In a statement the Premier League said: “Following the security breach at Old Trafford, the Manchester United versus Liverpool game has been postponed.”

“This is a collective decision from the police, both clubs, the Premier League and local authorities. The security and safety of everyone at Old Trafford remains of paramount importance. We understand and respect the strength of feeling but condemn all acts of violence, criminal damage and trespass, especially given the associated COVID-19 breaches,” it said.

There was no word on when they match would be played. Second-placed United needed a win to prevent Manchester City being crowned champions on Sunday.

While the protest had been planned and was largely peaceful, it descended into chaos as fans infiltrated the stadium.

Hundreds of fans also gathered outside the ground, letting off green and gold flares — the colours of United’s shirts when they were formed as Newton Heath and adopted by those who have regularly protested against the club’s hierachy.

Mounted police moved in to try to clear the areas outside the stadium and there were ugly clashes with bottles and barriers being thrown at police officers.

“The behaviour displayed today by those at both Old Trafford and The Lowry Hotel was reckless and dangerous,” GMP Assistant Chief Constable Russ Jackson said.

“We understand the passion many supporters have for their team and we fully respect the right for peaceful protest. But it soon became clear that many present had no intention of doing so peacefully,” he said.

The protest follows United’s initial decision to join a European Super League along with five other English clubs. The plans for that breakaway league fell apart within days due to widespread opposition.

Former United defender Gary Neville, who was a fierce critic of the club’s decision to join the Super League, was in the ground as part of the Sky Sports commentary team.

“We can make the story today about the disturbances and I think that needs to be covered but the story should be about the Man Utd fans. They have had enough. It will be very difficult in the next few months,” he said.

Speaking ahead of the protest, United manager Ole Gunnar Solskjaer said: “It’s important that the fans’ views are listened to and we communicate better. My job is to focus on the football side and that we have the best possible team.” 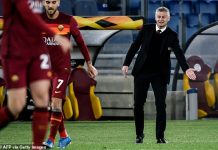 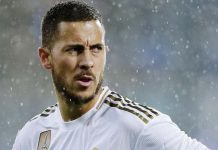 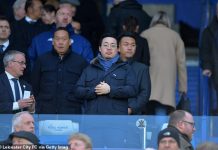 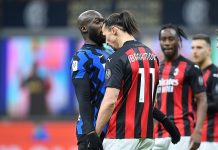 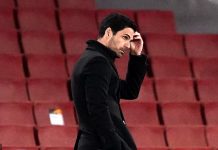 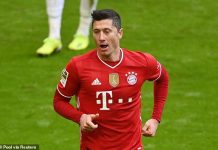 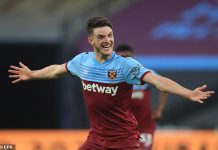 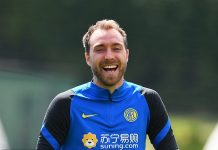 One more point: how Cambridge have toyed with my heart as promotion beckons | Max Rushden

Europa League: Manchester United Into Final Despite Defeat In Rome