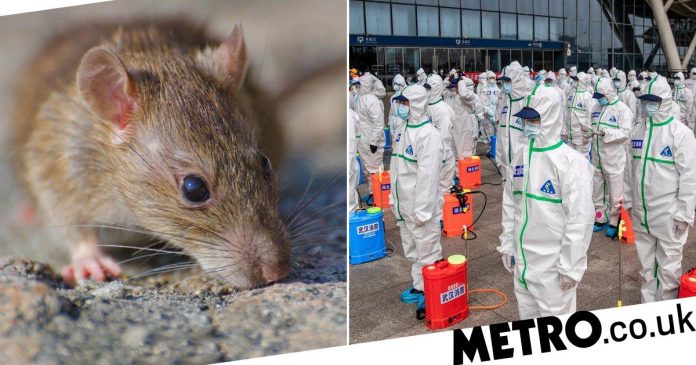 As China eases its lockdown while coronavirus cases in the country start to drop, fresh panic was sparked when a man died on a bus after catching a more deadly disease.

The commuter who was on his way to work was tested positive for hantavirus, which has similar symptoms to Covid-19 but is mainly spread by rats rather than through the respiratory system. The other 32 people on the bus in Shandong have also been tested for the disease, prompting concerns of another epidemic on social media, the Global Times reports.

But scientists have been quick to stress hantavirus is not a new illness and is rarely caught by humans, unlike coronavirus which has proven to he highly contagious. All other passengers on the bus tested negative for Covid-19 and are awaiting their results for hantavirus, Ningshan county government said.

Similarly to coronavirus, the rat-borne disease can cause coughs, shortness of breath and fever like symptoms and can lead to organ failure, but it is highly unlikely that it could have passed from person to person. While rare, the illness has a death rate of 38%, significantly higher than the 3.4% estimated by the World Health Organisation for Covid-19.

It can lead to to Hantavirus Pulmonary Syndrome (HPS), which damages blood vessels and causes them to leak, affecting the function of major organs including the heart and lungs.

Swedish scientist Dr Sumaiya Shaikh said Hantavirus was first recorded in the 1950s by the Hantan river during the American-Korean war.

She said it spreads from rodents in cases where humans ingest their bodily fluids. Pleading for calm on Twitter, she said: ‘Human-human transmission is rare. Please do not panic, unless you plan to eat rats.’

People who come into contact with infected droppings, saliva, urine or nesting materials could pick up the virus, which can be difficult to detect because early symptoms are similar to illnesses like the flu.

The US Centers for Disease Control and Prevention (CDC) said: ‘There is no specific treatment, cure, or vaccine for hantavirus infection.

‘Therefore, if you have been around rodents and have symptoms of fever, deep muscle aches, and severe shortness of breath, see your doctor immediately.’

Cats can infect each other with coronavirus, Chinese study finds

About the distribution of biodiversity on our planet

'Betrayal of trust': HS2 criticised over removal of woodland soils 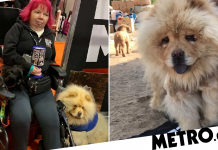 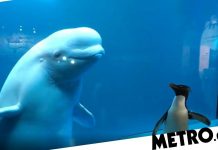 The wondrous life and mysterious death of Golden Eagle 1703

Nightingales at risk due to shorter wings caused by climate crisis

Steve Bell on Michael Gove and the goats of Llandudno – cartoon