If you’ve been holding off on shelling out for a new MacBook Pro out of FOMO or indecision, Apple may soon hold the answers you’ve been waiting for. The company announced its next event, slated for Monday October 18, with an invitation theme of  “unleashed,” indicating we’re finally going to hear about Apple’s high-performance systems. As we get down to the wire, the latest rumors signal that not only is a 14-inch MacBook Pro model on the horizon, both it and a new 16-inch may sport new, high pixel-density Mini-LED-based screens, along with a new higher-powered version of Apple’s M1 processor similar to that of the 12.9-inch iPad Pro, the return of much-missed connectors and the ditching of the not-much-loved Touch Bar.

Read more: No Macs at the Apple iPhone 13 event, but the year isn’t over yet

When will the new MacBook Pros be announced?

It’s almost a given that the company will launch new MacBook Pros and possibly other new Macs next week on October 18. This jibes with Mark Gurman’s assertion in a recent Power On newsletter that he expects new MacBook Pro models to debut sometime this month. He previously speculated the new models would arrive by the end of this year.

This is pretty much a given. Apple’s M1 CPU has made it as far as the MacBook Air, 13-inch MacBook Pro, 24-inch iMac, Mac Mini and iPads, but thus far we haven’t seen any of Apple’s home-grown silicon in systems for power users. Multiple sources agree that there will be a new version of the CPU — and it’s reportedly already in production — for the larger MacBook (currently a 16-inch screen version) and possibly for upcoming new desktops.

There’ve also been rumors that there will be two variants of the new chip, both with 10 cores (eight high-performance and two energy efficient), but with different integrated graphics core configurations: 16 or 32. In contrast, the M1 has eight cores, split equally between performance and power saving, and either seven or eight graphics cores. Doubling or quadrupling the number of cores promises significantly better performance that, in combination with the tight integration with MacOS, could rival the performance of a discrete AMD GPU. And it’s unclear whether a discrete GPU remains an option.

Having two variants (with rumors of future versions with even more core options intended for the Mac Mini and Mac Pro) makes a lot of sense: In my testing, the M1 chip has performed almost identically regardless of device, giving the iPad as much power as the Mac Mini. That doesn’t make sense for buyers of high-end equipment, where opting for a lesser processor can potentially save you thousands or where a discrete GPU may be essential.

The two variants could explain why guesses about the name of the new CPU, M1X or M2, haven’t tipped conclusively toward one or the other.

As for Intel offerings, as early as last January we began hearing predictions that there wouldn’t be Intel versions of the MacBook Pros and to date there haven’t been any indications to the contrary.

When will we be able to buy them?

Thanks to chip shortages, you probably won’t be able to get one right after they’re announced. Earlier this month there were reports that the shortages would at least delay shipments until around the end of October or early November. And those delays are independent of the roadblocks to producing the Mini-LED-based screens, which may result in only a limited volume of laptops available in 2021.

A new size, but at a higher starting price?

In addition to an upgraded model of a 16-inch MacBook Pro, we might be in for a 14-inch replacement for the 13-inch MacBook Pro, which could mean a 14-inch screen that fits into the chassis roughly the same size as the 13 — thanks to smaller screen bezels. That follows a similar trend we’ve seen in Windows laptops and the same approach Apple took when it transitioned from the 15-inch to 16-inch MacBook Pro models. If the 14-inch uses a new panel technology as indicated by the resolution rumor below, that would explain a price hike as well.

Most industry watchers think there will be a price hike for the 14-inch model over the 13-inch, starting at closer to the top end of the latter’s price range. Given the more expensive screen technology and current shortages, I wouldn’t be surprised. It makes you wonder if Apple will continue to offer the M1-based MacBook Pro 13 as a lower-cost option.

A Mini-LED backlight-based display seems to be another given and an extremely welcome one: It would allow MacBook Pros to better support HDR at higher brightness and with better local dimming, essential for video editing or producing content for the 12.9-inch iPad Pro and its Mini-LED screen. Hopefully, it will be accompanied by an update allowing the MacBook Pro to play HDR content in 4K.

The oxide backplane and Mini LED (but not the 120Hz refresh rate) backlight are two technologies utilized by Apple’s Pro Display XDR, which bodes well for black levels.

MacRumors spotted a reference to new screen resolutions in a late beta of MacOS Monterey: “3,456 x 2,234 Retina” and “3,024 x 1,964 Retina.” The first would deliver almost the identical pixel density — 226 ppi — as the current 16-inch MacBook display. Apple always likes to keep to a given range for its Retina screens, but the latter differs only slightly from the current 3,072×1,920; that’s a strong sign that Apple will be offering a new panel. Alternatively, both resolutions would deliver the same 257 ppi on the 16-inch and 14-inch models, respectively.

Rumors here vary. Almost every device Apple has announced this year, from the iPad to the iMac, has adopted the flat-edged profile aesthetic that harkens back to the iPhone 4. But it remains to be seen if Apple will adopt that for the MacBook Pro, given its clamshell design. And there hasn’t been much traction to suggestions that the MacBooks might come in bright colors a la the iMac 24.

I have never been a fan of the Touch Bar, especially as a replacement for fixed function keys, so I receive these well-regarded rumors about the deprecation of the Touch Bar and return of real function keys with a bit of chair dancing — and will be very disappointed if they turn out to be untrue. Also, since Mini-LED typically generates more heat than other backlights, Apple could probably do with less need for heat dissipation near the display.

Apple had stripped its MacBook Pros of connectors a lot of people had come to rely on, including an HDMI connection, SD card slot and MagSafe connector (not to be confused with the MagSafe charger for the iPhone). Some rumors indicate that we’re getting those back, along with another pair of USB4/Thunderbolt ports. Some news has also indicated a return of the MagSafe connection, but it’s also possible they’re confusing them with rumors about a new version of the recent filing with the Federal Communications Commission for a MagSafe charger for the iPhone.

As Apple introduced an upgraded 1080p webcam first with the 27-inch iMac (and discontinued iMac Pro), then with the 24-inch iMac, it makes sense to integrate one into the MacBook Pro as widely rumored, since it’s probably used for videoconferencing more than many other of its systems. But while Touch ID is likely to remain, there hasn’t been any welcome word about much-requested Face ID (or 5G) since we heard in January that it wouldn’t be included. 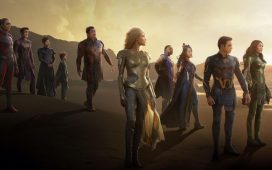 Eternals review: A unique Marvel entry that doesn't quite hit the mark – CNET 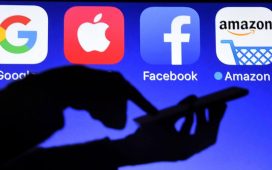 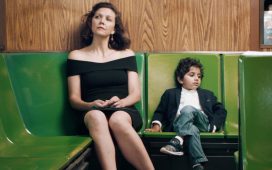 Netflix: 34 of the absolute best movies to watch – CNET 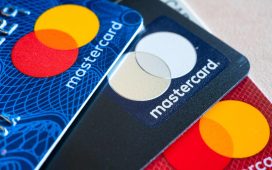 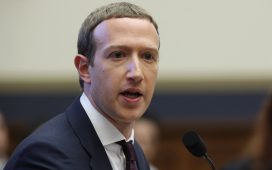 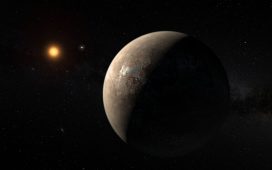