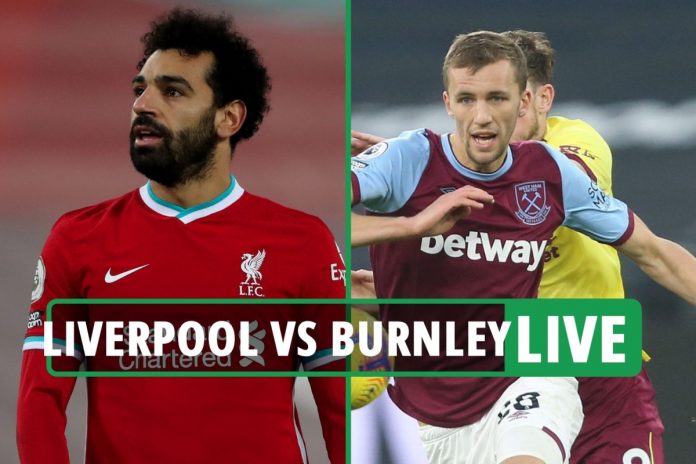 Welcome to our live blog of Liverpool against Burnley in the Premier League.

The current champions are looking to end a run of three league games without a goal tonight, with the 0-0 draw against Manchester United on Sunday also being the first time in over two years the Reds have failed to score in the league at Anfield.

Jurgen Klopp’s side have also failed to register a league win in four games, their worst run since 2017.

The Reds will be confident of ending those runs tonight with Burnley teetering just four points clear of the drop zone, and only winning four times in the league so far this season.

However Burnley were the only team to take points off Liverpool at Anfield last season with a 1-1 draw and will be hoping of a repeat again tonight.

In team news Joel Matip may return for Liverpool after missing four games with an adductor injury, although he is still a doubt.

That may mean skipper Jordan Henderson filling in at centre back again for the Reds.

For Burnley Dwight McNeil may return for the Clarets after missing two games with an injury, with Charlie Taylor also in contention to start tonight for Sean Dyche’s side.

Kick off is at 8pm and team news is coming up in half an hour.