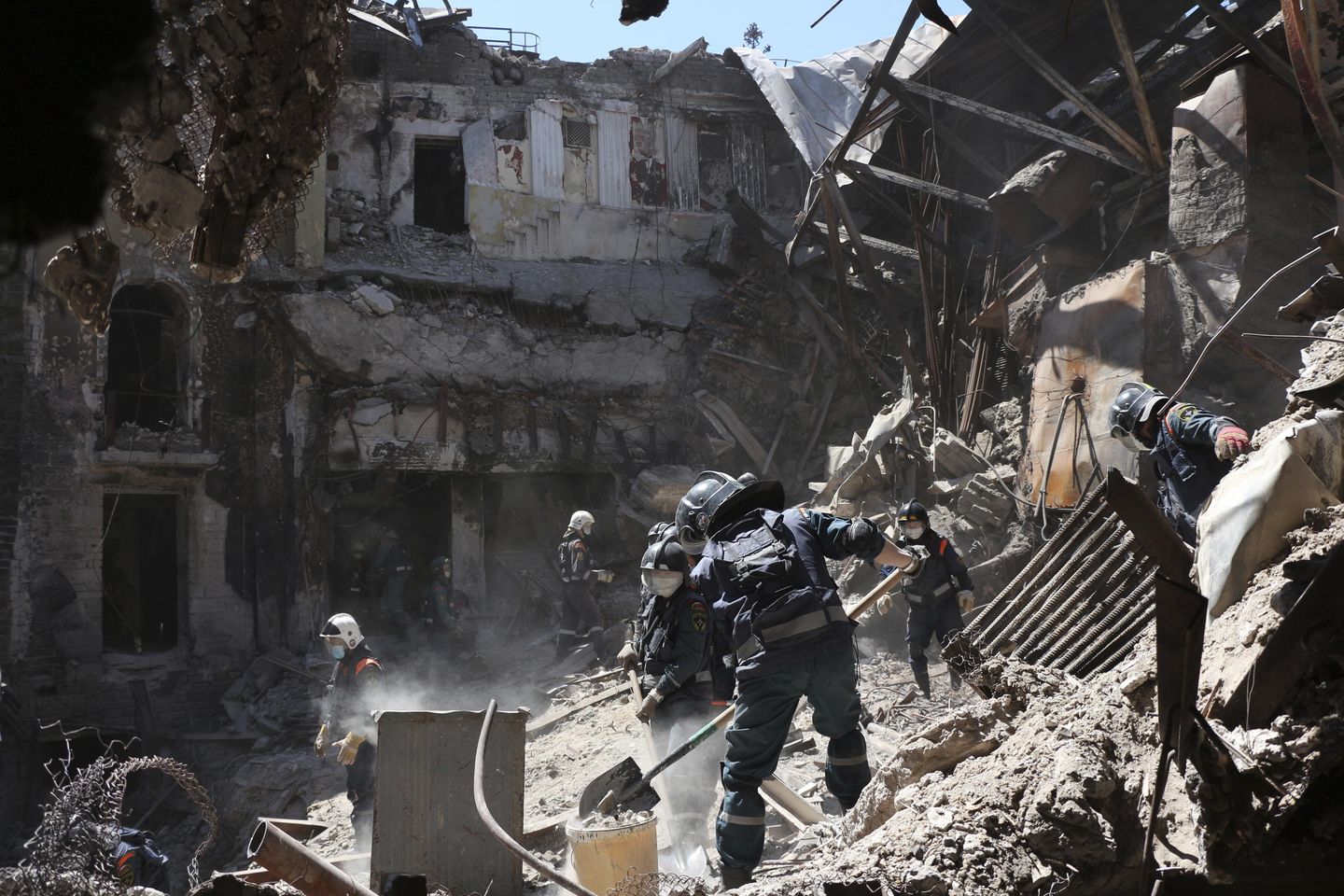 KYIV, Ukraine – Ukraine’s military says that Russian forces staged assaults on multiple villages in eastern Ukraine as they try to expand control there, but not all were successful.

In its daily operational note on Friday, the general staff of Ukraine’s armed forces said Russia’s military continued to launch artillery and air strikes on the embattled port of Mariupol, focusing on blocking Ukrainian fighters at their last holdout at the Azovstal steelworks.

In the Russian campaign in the east, villages were targeted near Donetsk, Lyman, Bakhmut and Kurakhiv, the Ukrainian military said.

It said Russian forces also fired artillery on Ukrainian troops in the direction of Novopavlovsk and Zaporizhzhia, a major industrial city that has become a haven for refugees fleeing Mariupol.

KEY DEVELOPMENTS IN THE RUSSIA-UKRAINE WAR:

– Finland’s leaders in favor of applying for NATO membership

– ‘ This tears my soul apart ’: A Ukrainian boy and a killing

– Protesters vent fury at French company for staying in Russia

– Ukrainian circus comes to town, and stays in Italy, amid war

Follow all AP stories on Russia’s war on Ukraine at https://apnews.com/hub/russia-ukraine

KHARKIV, Ukraine – The war has shuttered Ukraine’s schools and upended life for millions of children. But teachers are trying to restore some sense of normalcy – including by holding lessons in a subway station used as a bomb shelter in the eastern city of Kharkiv.

“It helps to support them mentally. Because now there is a war, and many lost their homes … some people’s parents are fighting now,” said teacher Valeriy Leiko. In part thanks to the lessons, he said, “They feel that someone loves them.”

Primary school-age children joined Leiko around a table for history and art lessons in the subway station, which has become home for many families and where children’s drawings line the walls.

Kharkiv, Ukraine’s second-largest city and a strategic target near the Russian border, has faced heavy bombardment by Russian forces.

Kharkiv professor Mykhailo Spodarets has been delivering lectures on Ukrainian literature online from his basement. His student Anna Fedoryaka said her friends were finding it difficult to keep up with learning because of internet access problems, as well as the psychological pressures of the war.

“It is hard to concentrate when you have to do your homework with explosions by your window,” Fedoryaka said.

KYIV, Ukraine – Ukrainian officials say their forces took out another Russian ship in the Black Sea.

Oleksiy Arestovych, an adviser to the Ukrainian president, said late Thursday the Vsevolod Bobrov logistics ship was struck as it was trying to deliver an anti-aircraft system to Snake Island. He said the ship was badly damaged but was not believed to have sunk.

A spokesman for the Odesa regional military administration said the vessel caught fire after the strike. There was no confirmation from Russia and no reports of casualties.

The British Ministry of Defense said this week that Ukraine has been targeting Russian air defenses and supply vessels on Snake Island in an effort to disrupt Moscow’s efforts to expand its control over the Black Sea coastline.

The Ukrainian military last month sank the Moskva cruiser, the flagship of the Black Sea Fleet. In March, the military destroyed the landing ship Saratov.

MUNICH – German industrial giant Siemens AG says it is exiting Russia, where it has operated for almost 170 years.

“We condemn the war in Ukraine and have decided to carry out an orderly process to wind down our industrial business activities in Russia,” Roland Busch, the Munich-based company’s CEO, said Thursday.

Siemens had been one of the first companies to put all new business in Russia, along with international deliveries to the country, on hold following Russia’s invasion of Ukraine in February.

The company said it had been evaluating the situation with the eye of ensuring the safety of its 3,000 employees in Russia.

The maker of trains and industrial equipment said the Russia sanctions shaved off about 600,000 euros ($623,000) from its fiscal second-quarter results, which were reported Thursday.

“Of course, the Russian state is in such a state that any education only gets in its way. But what can be achieved by destroying Ukrainian schools? All Russian commanders who give such orders are simply sick, and incurable.”

He condemned what he suggested were senseless attacks on the refinery in the central Ukrainian industrial hub of Kremenchuk, on the Zaporizhzhia region and the Donbas.

“They are cowards, and they try to hide the truth behind missiles, airstrikes and artillery shelling,” he said in his nightly video address to the nation. “Therefore our task is to fight until we achieve our goals in this war: to free our land, our people and secure our security.”

Noting that Thursday is International Nurses Day, Zelenskyy thanked Ukraine’s nurses and other medical workers for their part in the fight and urged all Ukrainians to do the same. He said since the invasion began on Feb. 24, the Russian military had damaged 570 medical facilities, fully destroying 101 hospitals.

“What is that? It’s stupidity. It’s barbarity. It’s the self-destruction of Russia as a state that anyone in the world could see as a cultured nation.”

KYIV, Ukraine – Rocket attacks on Ukraine’s central Poltava region on Thursday were “perhaps the most intense for the duration of the war,” the regional governor said that same day.

“Today’s shelling of the Poltava region is perhaps the largest during the course of this full-scale war,” Dmitry Lunin wrote in a Telegram post. “12 Russian missiles hit the infrastructure in (the city of) Kremenchuk; most of them hit an oil refinery that was not operational anyway.”

“Rescuers are putting out a fire at the refinery. Luckily, no one was hurt,” Lunin added.

Kremenchuk is on the Dnieper River, south of Kyiv and north of Dnipro and Zaporizhzhia. The river, flowing north to south, divides Ukraine in half. In the south, it flows through Kherson before emptying into the Black See.

KYIV, Ukraine – At least two civilians died Thursday as a result of a shelling attack on the outskirts of Kharkiv, Ukraine’s second-largest city, local authorities said that same day.

“As a result of the shelling, two people were killed, four more were injured, two of whom are doctors. All these people are civilians,” Vyacheslav Zadorenko, the mayor of the suburban town of Derhachi, wrote in a Telegram post.

He added that the attack also damaged a building housing a humanitarian aid unit, municipal offices, and hospital facilities.

“None of the sites that came under shelling, not to mention private houses that are destroyed daily, had anything to do with military infrastructure,” Zadorenko said. 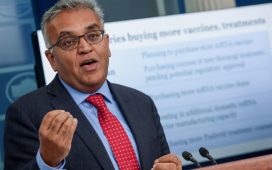 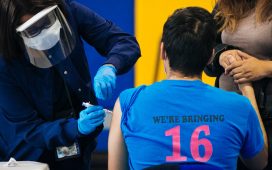 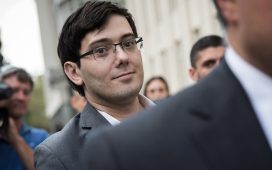 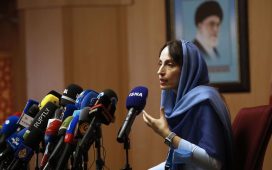 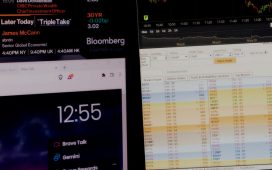 Why does the UK have the highest inflation in the G7? 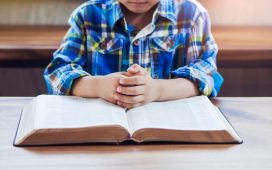 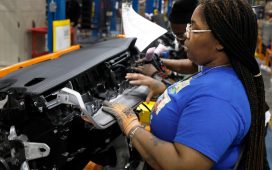