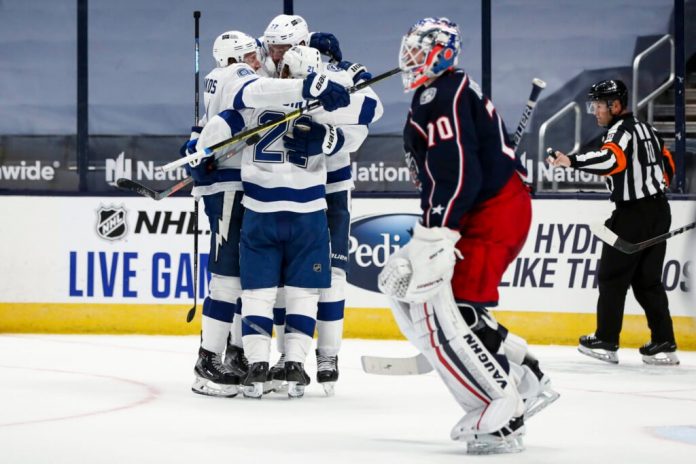 Brayden Point delivered another overtime winner against the Blue Jackets on Thursday night, lifting the Lightning to a 3-2 victory.

It sparked memories from the superstar center’s heroics in last season’s playoffs, when Point scored the winner in the fifth overtime of Game 1 against Columbus, then sealed the series with another in Game 5.

Watching the game Thursday night — the first of eight meetings between the teams this season — I couldn’t help but think that the Blue Jackets got beat by the monster they helped create.

One can argue that the Lightning wouldn’t have won the Stanley Cup in September had it not been for the influence of Columbus. The heartbreaking and humbling first-round sweep handed to Tampa Bay in the 2019 playoffs was a driving force behind not only some on-ice adjustments but also the addition of sandpaper to the “greatest show on ice” with deadline additions like Blake Coleman and Barclay…