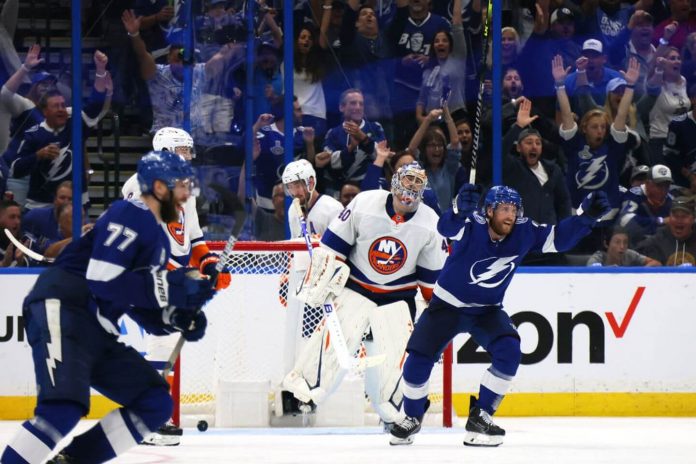 The Tampa Bay Lightning evened their Stanley Cup semifinals series with the New York Islanders with a 4-2 win in Game 2 on Tuesday.

Ondrej Palat broke a 1-1 tie in the second, and Jan Rutta and Victor Hedman added third-period goals to help the Lightning even the series 1-1. Nikita Kucherov added three assists for the Lightning, who scored three consecutive goals after the Islanders netted on a controversial power play.

At the 13:10 mark of the first quarter, Lightning center Brayden Point looked to be in on the Islanders’ goal, but was cross checked from behind by Adam Pelech. The hit caused Point to crash into goalie Semyon Varlamov, and the collision knocked Varlamov out for the remainder of the first period. Varlamov was able to return in the second.

Point, however, was charged with a two-minute penalty for interference. Twenty seconds later, Brock Nelson scored a power play goal for the Islanders to tie the game 1-1.

Point and Mathew Barzal added a goal each for the Lightning and Islanders, respectively. 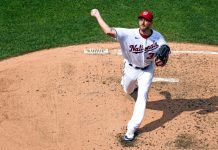 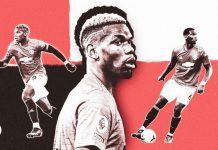