Religious discrimination laws and protection for gay students and teachers are set to be flashpoints in the contest between progressive independents and Liberal moderates in inner-city seats.

Already facing challenges from independents campaigning on climate change, Liberal moderates such as Dave Sharma in Wentworth and Trent Zimmerman in North Sydney are urging the prime minister to deliver on a promise to amend sex discrimination laws to prevent students being expelled or teachers being fired on the basis of their sexuality.

Critics of the religious discrimination bill, which recognises the right of religious groups to employ people aligned with their beliefs, fear it could clear the way for religious schools to expel gay students on the basis of their sexuality or to sack teachers, unless a loophole in the sex discrimination laws is closed.

A group of moderate Liberals have urged Scott Morrison to take action on both pieces of legislation at the same time.

“It does have a real world impact,” Zimmerman said. “As a person who’s been through the coming out process, the fear that you won’t have a supportive school environment is a real fear.”

Morrison, who promised to deal with the issue in 2018, said he would now prefer to refer it to the Law Reform Commission.

The issue could flare up in progressive inner-city seats in Sydney and Melbourne, where independents are already running a narrative that moderates talk the talk on climate change but vote the same way as conservatives such as Barnaby Joyce.

Sharma, who represents the eastern suburbs Sydney seat of Wentworth adjoining some of Sydney’s iconic gay areas, has been a consistent advocate for action on both piece of legislation. In recent days he has taken to Twitter and Facebook to urge action and point to his record.

“I support the need for a Religious Discrimination Act but believe we must also move quickly to address the potential risks faced by gay students and teachers at faith-based institutions,” Sharma said.

“No teacher or student should be dismissed or expelled on the basis of their sexual orientation or gender identity and we must make this crystal clear.”

His opponent in Wentworth, independent Allegra Spender, also wants to see both pieces of legislation put forward but said voters should pay attention to how Sharma votes as well as his advocacy.

“I think it’s absolutely vital that people are not discriminated against because of their religion, but you shouldn’t go forward with the religious discrimination bill until you are absolutely certain that students and teachers are protected and they cannot be expelled on the basis of their sexuality,” she said.

“These are really important community issues. There is a significant LGBTQI community in Wentworth and there are many religious schools and deeply held religious beliefs so it’s important to both.

“I think it’s appropriate that he advocates for this. It’s great that he [Dave Sharma] supports this combination of pieces, but it really comes down to how he votes.”

Eighty-one per cent of Wentworth voters supported marriage equality in the 2017 plebiscite, one of the highest levels of support in the country.

Zimmerman said the review by the Law Reform Commission would take too long.

“My view is that there is no earthly reason why we can’t get on with this now, rather than putting in place a review that will go for longer than 12 months,” he said.

“It is disturbing that still today a school could exercise those rights to expel a student because of their sexuality.”

He said it was too early to say whether the moderates were making progress in convincing the prime minister.

The independent running against him, Kylea Tink, agreed with his stance.

“People of faith must be protected from discrimination, but Scott Morrison must guarantee that in no way would this bill, if it becomes law, allows discrimination against students or teachers on the basis of their sexuality.

“In this case, on the basis of what I have heard, Trent Zimmerman and I are in agreement.”

Why were the French first to have fewer children? Secularisation

I was told the 12 steps would cure my addiction. Why did I end up feeling more broken? 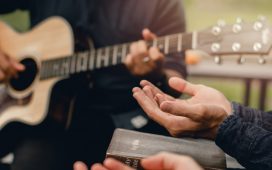 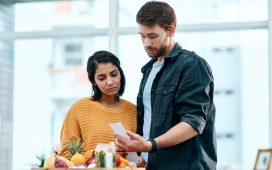