“We had a chance to do better,” said Matthew Rose, a longtime health equity and HIV advocate. “We know the challenges from Covid. It’s so important to find trusted messengers, but we continue to do broad-based messaging. Then we wait, and say, ‘Look at all this disparity again.’”

Federal health officials said they are determined to eliminate the disparities.

On Wednesday, Walensky said she was changing the agency’s broader communications strategy, aiming for greater transparency and simpler language when speaking to the public.

The administration announced on Thursday a pilot program that will make up to 50,000 monkeypox vaccine doses available from the Strategic National Stockpile to states and localities to distribute at LGBTQ events to better reach at-risk communities, including Black and Latino individuals. Walensky said states’ requests for doses must also include information about “how they will address health equity in delivery of both messaging as well as vaccine.”

“We know working really closely with organizations and trusted messengers for the populations has been really critical,” Demetre Daskalakis, deputy coordinator for the White House monkeypox response, said during a briefing. “We continue to do the work and go deeper and deeper into engagement.”

But the early CDC data on disparities may understate the problem. Of the more than 13,500 confirmed U.S. monkeypox cases, the CDC only has race and ethnicity data for about 6,000, Walensky said. And only a handful of states, including California, New York and New Jersey, routinely report those breakdowns for monkeypox cases.

In Texas, state health officials do not share race and ethnicity data publicly because the data is missing for more than half of monkeypox patients, an agency spokesperson said. But state data requested by POLITICO show that of the 452 cases for which demographic information does exist, more than 42 percent are among Black people.

In Washington state, health officials declined to release any demographic data because they are “still compiling and reconciling” their figures. Maryland health officials pointed POLITICO to the CDC’s monkeypox map, which doesn’t include any information on race or ethnicity.

Without more transparency, LGBTQ health advocates and public health experts say it’s impossible to know whether monkeypox vaccination, testing and treatment are reaching those who need it most.

“We’ve seen historical and systemic discrimination when it comes to delivering effective prevention and treatment to these members of our community,” said Torrian Baskerville, director of HIV and health equity for the Human Rights Campaign, the LGBTQ advocacy group. “As we have learned many times, a public health response that does not center equitable care and treatment is a failed response.”

Though it’s not yet clear why communities of color are once again being hit so hard in another outbreak, public health experts believe a lack of targeted outreach to those communities is aggravating existing disparities.

“It’s the same old story, unfortunately,” said Jesus Ramirez-Valles, chief of the University of California San Francisco’s Division of Prevention Science. “If you want to speak about abortion, how about you have a woman speaking about that? It’s exactly the same thing with this. You need an African American young man talking about this, a Latino man, an Asian American gay man talking about this in the language we use, through the channels we use.”

The same social determinants of health that made people of color more at risk for contracting Covid-19 — including not having access to nutritious food, living in high-stress environments because of high crime rates, a lack of access to health care and public-facing jobs — are also playing a role with monkeypox, experts said.

“In every pandemic where there is good documentation, the marginalized populations suffer the most,” said John Swartzberg, a clinical professor emeritus of infectious diseases and vaccinology at UC Berkeley. “Covid-19 and monkeypox are no exception.”

Poverty, lack of education and living in “toxic stress” environments can make it difficult for people to stay healthy, sexually and otherwise, said Elena Rios, president and CEO of the National Hispanic Medical Association.

A study by the Williams Institute at the UCLA School of Law found that 47 percent of LGBTQ people of color live in a low-income household, compared to 36 percent of their white counterparts, and 27 percent of LGBTQ people of color reported fair or poor health, compared to 22 percent for white LGBTQ adults. Separate research also shows that some communities of color contract sexually transmitted infections at higher rates than their white counterparts.

The kinds of jobs that people of color disproportionately do in America may also play a role in the outbreak, as they did in the early days of Covid-19 in particular, said Victoria Kirby York, deputy executive director of the National Black Justice Coalition.

“You have a mixture of people of color having jobs that put them in contact with more people day to day — service industry jobs, retail … people who staff DMVs or Social Security offices,” Kirby York said.

Monkeypox is not airborne, and therefore is nowhere near as contagious as SARS-CoV-2. The CDC said the virus is mostly spreading through intimate contact, including sex. But the agency said it can also spread through direct contact with another person’s monkeypox rash, or by touching objects, like bedding or towels, that have been used by somebody with monkeypox.

Seeing how the early phase of pandemic hit communities of color hardest has raised public and official awareness about the systemic inequities in the nation’s health care system.

“I think Covid-19 woke people up to the opportunity to understand that racial and ethnic communities live in a world of health disparities,” Rios said. “They have social determinants in their lives that actually contribute to why there are more diseases in our poor communities or in our racially mixed communities.”

But that makes it even more frustrating to see the same patterns playing out in the government’s monkeypox response, advocates say — particularly when it comes to messaging about the virus, how it spreads, and how to get a vaccine.

The CDC said that it has worked to get information about monkeypox in Black and Latino communities by connecting with community-based organizations and spreading the word where Black and Latino gay and bisexual men gather online, like the social app Jack’d and the website Deviant Events. It has also collaborated with LGBTQ figures Shea Couleé from RuPaul’s Drag Race and Billy Porter from the FX TV series Pose.

But the message is still not reaching Black and brown communities, LGBTQ advocates said, and many are concerned that the inequities in vaccine distribution already surfacing could make racial disparities in this outbreak worse.

Low-paying jobs can also “make it difficult to take the time or the resources to get medical care or to learn about what’s even happening with MPV,” Kirby York said, using an acronym for the virus.

“Working in corporate America, there might be an email about MPV or Covid that comes out from the HR department that everyone sees. You have a chance of getting that information in your day-to-day life,” she said. “If you don’t work in that kind of environment, it’s a lot harder.”

“If there aren’t advertisements, billboards, public service announcements on Black radio, specialized messaging for health care providers and clinics that are in Black neighborhoods, then you are not reaching the Black LGBTQ+ community.”

She said it’s showing results in increasing the share of the city’s vaccinated population that is Latino: “Already, I can tell you just over the last week we’ve seen that move from 14 percent to 16 percent.”

In Atlanta, where the vast majority of monkeypox cases are among Black men, the vaccine supply is also improving, said Eric Paulk, deputy director of Georgia Equality. But he worries that may not apply to at-risk people living outside the city.

“There is Atlanta, and then there is the rest of Georgia,” he said. “My concerns are about what distribution looks like outside the Atlanta metro.”

Both structural and cultural barriers, including persistent homophobia, “may be more prevalent in other parts of the state,” he said.

One of the most important things health officials can do, advocates said, is to be open about the data and the inequalities they see. In North Carolina, for instance, the state published a press release calling itself out for failing to reach the Black community. While 70 percent of cases in North Carolina are in Black men, only 24 percent of vaccines have gone to Black recipients.

In response, Health and Human Services Secretary Kody Kinsley said the state is now targeting its outreach specifically to Black men who have sex with men. A recent vaccine event at private parties in Mecklenburg County — home to Charlotte and the epicenter of the state’s outbreak — vaccinated 174 people, 98 percent of them Black men.

“We need to make our most powerful tool for this community — vaccines — reachable,” Kinsley said. “That’s how we’re going to close this gap, by continuing to lean towards action with education about harm reduction strategies that people can put into place to reduce their exposure, but then also vaccination.”

That approach is earning plaudits from some within North Carolina’s LGBTQ community.

“In the midst of concern and trouble and mistrust, they’re willing to come forward and say, ‘Even if we haven’t done great in the past, we want to do better, and here’s our commitment to do that,’” said Rebby Kern, director of education policy at Equality NC. “The level of transparency that we’ve seen on the ground right now is important … to say, ‘Here’s the disparity. We have, essentially, not met the mark on this. Let’s do better.’” 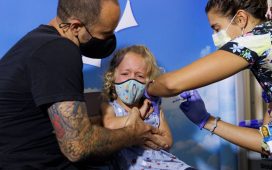 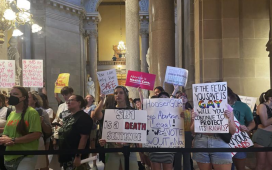 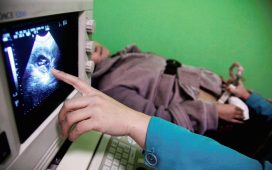 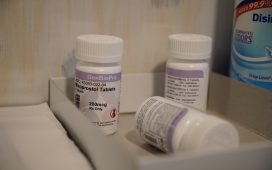