Edmund de Waal, the master potter and memoirist, subscribes to the famous imagist dictum: “no ideas but in things”. This book is an exquisite and profound coda to The Hare With Amber Eyes, his bestselling personal history of a branch of his maternal family, the Ephrussi banking dynasty, told through the few surviving treasures – a trove of Japanese netsuke, including the hare – that escaped Nazi looting. Here he returns to that same milieu. Count Moïse de Camondo was a friend and neighbour of Charles Ephrussi during the belle époque in Paris, living at 63 Rue de Monceau, a few doors down from number 81, the Ephrussi mansion. Like Ephrussi, he was a man of great wealth and taste, who experienced the beginnings of the terrible wave of antisemitism in Europe.

The gift to De Waal as a writer lies in the fact that the house in which Camondo lived has been preserved according to his wishes exactly as it was at his death in 1935. Number 63, a fabulous golden stone house with parkland, was gifted to the French nation in part in memory of Camondo’s only son, Nissim (the name means “miracle”), who was killed in the first world war, in part because he was a great collector, a man incapable of throwing anything away. The house is a vitrine of that past in which there was “talk and food and porcelain and politesse and civilite and everything possible”, a museum of curiosities, each one bearing what De Waal calls in his epigraph “lacrimae rerum”, the tears of things.

To start with his reconstruction, told in a series of letters to Camondo across a century, performs the task of poetic inventory. “I am making an archive of your archive,” De Waal asserts to his late “ami”. Over the course of months and years, he wanders the house, room to room, looking and imagining. His appraisal of contents is accompanied by photographs, some from family albums, some from the interior of the house as it exists and as it existed.

Camondo’s collecting and cataloguing extended to menus from favourite meals, instructions to the gardener for the spring planting of the parterre, thoughts for the vintner on the restocking of the cellar, much of it preserved in morocco-bound notebooks. The life of the house is retained not only in the daybooks of Camondo himself, but of his butler, Pierre Godefin, who arrives in 1882 and stays in service until 1935, granted a room with “clear glass in the windows and a view of the park through the trees”. De Waal, typically, conjures him precisely from his tasks: “He sits here and orders turpentine and chamois leathers and tissue paper and horsehair brushes and crystals and Buhler paste and knife powder and Curémail and green soap and floor cloths and Goddard powder and alcohol and straw brooms. Monsieur Godefin orders jam from Fouquet’s and petits four from Boissier.” The flavour of such lists, from Proust’s time and place, is all about memory.

De Waal’s sentences like to take the historical weight of the objects he describes, in a prose that often puts you in mind of Bruce Chatwin, that other aesthete magically in thrall to painfully buried European history. He builds a picture of Camondo accumulating belongings in an extravagant effort at belonging. The Camondos had arrived in Paris from Constantinople in 1869, the same year that the Ephrussis settled here from Odessa. Their émigré status was amplified at the turn of the century by the growing atmosphere of antisemitism in Paris, ignited by the Dreyfus case, and fuelled by Édouard Drumont’s La France Juivre. Camondo did everything he could to protect his family against these forces, to ground himself as a Frenchman; he was a patron of dozens of cultural bodies, the Société des amis du Louvre, the Congrès international des Bibliothécaires et Bibliophiles; his son fought and died for the republic, and he left the legacy of his house in his honour.

The museum opened in 1936 and was a great hit with Parisians. Within four years, however, everything solid that men like Camondo had built “against entropy” was destroyed within months. Just as he has memorably inventoried the great flowering of the belle époque in these letters, so now De Waal itemises in 12 short pages its devastation – including the deportation and murder of Camondo’s daughter and her family – with equal unblinking exactitude. By 1943, he notes, 38,000 “abandoned” Jewish dwellings across Paris had been “emptied of everything in daily or ornamental use” and looted artworks are advertised for Nazi functionaries to choose from. The heroic civil servant Jacques Jaujard, who saved many of the Louvre’s treasures, also prevented the occupation of 63 Rue de Monceau. It has, you sense, stood waiting for this poised and unforgettable book ever since. 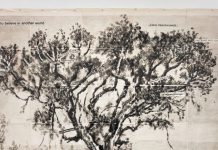 'It is like Spring in the art world': A more civilised, 'humane' Frieze New York bodes well for the market 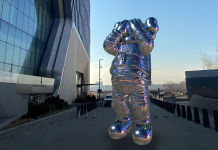 Can't get into Frieze New York? See some AR works by Kaws, Precious Okoyomon and Cao Fei instead 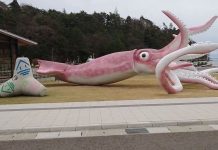 ‘Works made in Iran today are inextricably linked to the past’: collector Mohammed Afkhami on how art shaped his life 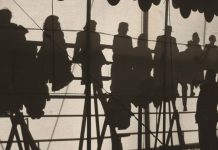 Paul McCartney to be honoured with a set of postage stamps

Robert Houston: witness to injustice and social change – in pictures

Freaky fairytales: the upside-down mind of Rachel Maclean – in pictures 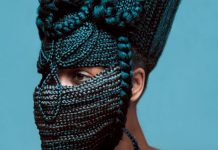 Artists are expected to give away their work for charity. This new auction platform aims to give them something back in return