One of the things I so love about horse racing is trying to figure out where classic winners who were not even blips on any fan’s radar during the summer and fall of their juvenile seasons come from. What is it in their makeup that makes them so interesting.
Since my childhood, I have loved studying pedigrees even though I have no training in equine genetics. I work as an elementary school teacher’s aide, so the only pupil I have to possibly teach this to is my husband, who in our 25 years together, has blossomed from knowing very little about racing to a huge fan. He enthusiastically listened as I mused over the pedigree of Secret Oath.
I am fascinated by her inbreeding to some of the Tartan Farm greats. She carries no less than three crosses to Dr. Fager in the first six removes of her pedigree, he being the broodmare sire of Fappiano, who appears twice in her pedigree and as the broodmare sire of Quiet American, her own broodmare sire. To add to that, she boasts Great Above as the broodmare sire of her second dam, he being out of Dr. Fager’s champion half-sister Ta Wee. This makes for fascinating inbreeding to Aspidistra, the mother of both Dr. Fager and Ta Wee. Add some crosses of Tartan’s champion sprinter Intentionally and you have some pedigree gold.
I have always been fascinated in how inbreeding to individuals of superior racing and/or breeding ability can yield some truly exciting runners. No one really except her connections knew about Secret Oath last summer and fall while Echo Zulu was sweeping all before her in her championship run, but she turned out to be a secret that could not be kept for long.
Then we have Rich Strike. The former claiming colt’s form was so modest he had only one victory and points from a third place in the Jeff Ruby Steaks that were not even enough to get him in the Derby.
Where did this colt come from?
At first, his pedigree might seem nothing special. He is by Keen Ice out of a daughter of Smart Strike. But Smart Strike was the only son of Mr. Prospector to lead the American General Sire list. Keen Ice is by Smart Strike’s best racing and siring son Curlin. So, Rich Strike has an interesting 3×2 inbreeding to Smart Strike. Keen Ice himself is inbred 3×3 to champion and major sire Deputy Minister, and Rich Strike boasts two crosses of Mr. Prospector in the first four generations of his pedigree, as well as a a cross to Search for Gold, a full brother to Mr. Prospector.
I remember back in 1999, my husband and I were in a Boston seafood diner when we read in the local paper of Mr. Prospector’s death, his fame as a sire was so great it garnered attention there. He may be sleeping for eternity in Claiborne Farm’s idyllic stallion cemetery, but his genes are certainly not sleeping on the job because they have provided Rich Strike a genetic gold strike that propelled him up that rail on Derby Day.
To me, this is what makes horse racing so fun. I will never get to own a racehorse of my own, but it is sure fun to be a detective and find not only where the great ones came from, but the ones like Secret Oath who stormed onto the scene in Arkansas and then took Churchill Down’s classic from the reigning juvenile filly champion and some of the best-blue-blooded fillies in the country, and Rich Strike, who the fates decided to lift from relative obscurity to the pinnacle of classic success.
–Elizabeth Martiniak
Turfwriter/fan
Janesville, Wisc.

If you would like to submit a letter to the editor, please write to info at paulickreport.com and include contact information where you may be reached if editorial staff have any questions. 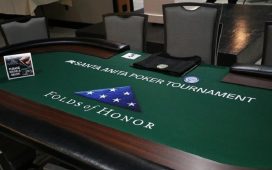 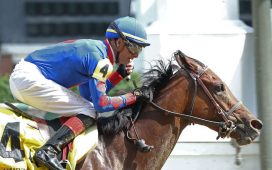 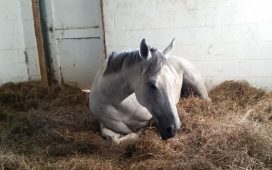 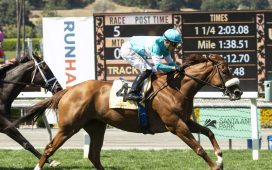 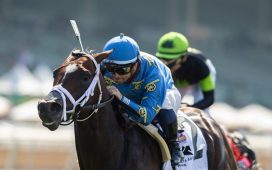 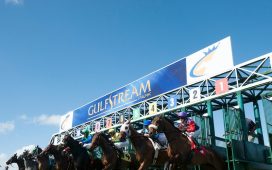