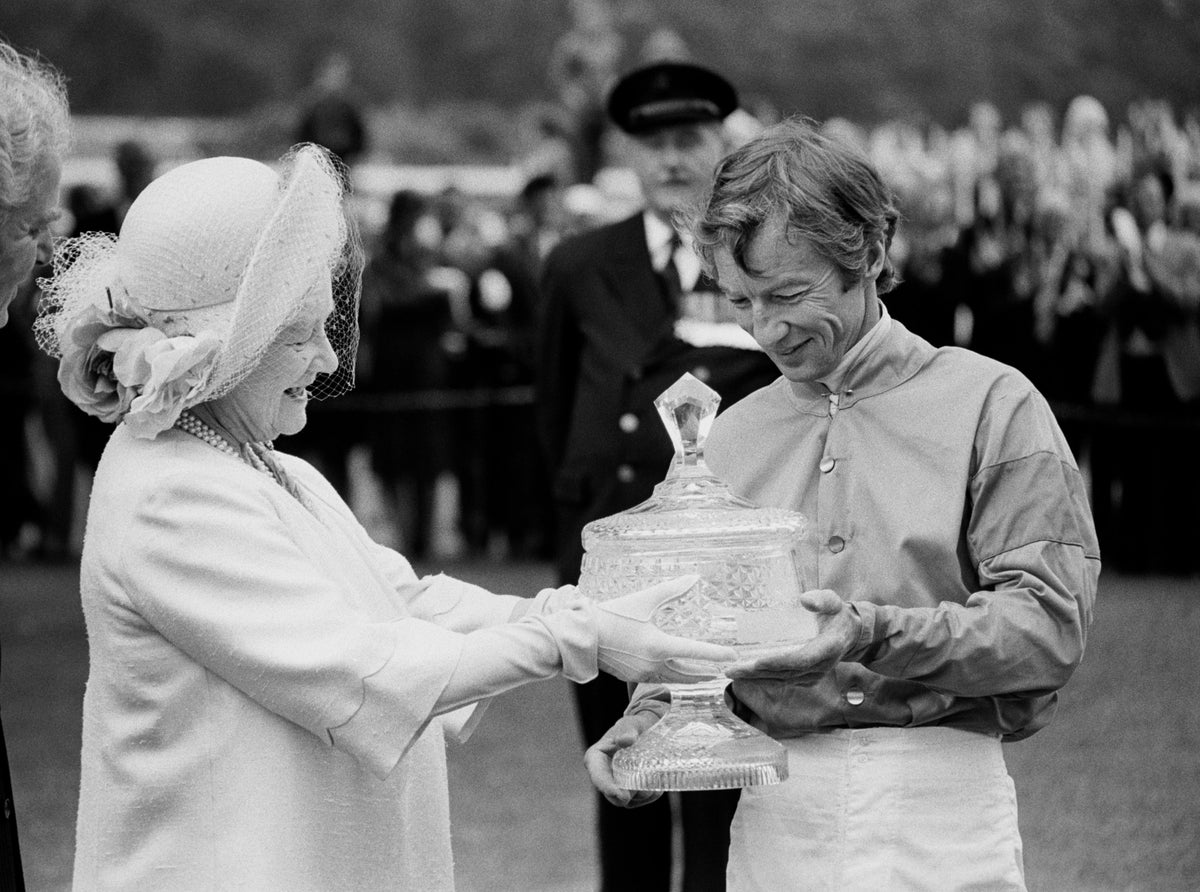 Lester Piggott, whose Classic haul included nine Derby victories, has died at the age of 86.

Unquestionably one of the greatest jockeys of all time, Piggott rode his first winner, The Chase, at Haydock in 1948 when just 12 years of age, and his last win came with Palacegate Jack at the same Merseyside track in 1994, a few weeks short of his 59th birthday. He retired for a final time in 1995.

Piggott’s son-in-law, Derby-winning trainer William Haggas, who is married to Piggott’s daughter, Maureen, told the PA news agency: “Sadly we can confirm that Lester died peacefully in Switzerland this morning. I really don’t wish to add much more than that at this stage, although Maureen will be making a statement later.”

Crowned champion jockey 11 times, Piggott first won the Derby in 1954 aboard Never Say Die. Eight more wins followed – including Nijinsky in 1970 – with his last Epsom hero being Teenoso in 1983.

Also successful in the 2000 Guineas, Nijinsky and Piggott went on to land the Triple Crown with his triumph in the St Leger.

A brief training career saw Piggott saddle Cutting Blade to win the Coventry Stakes at Royal Ascot in 1986, a meeting at which he rode a record 116 winners – with 11 of those coming in the Gold Cup.

As well as winning the Derby nine times, Piggott also landed the 2000 Guineas at Newmarket five times, and the 1000 Guineas twice. In all he rode 30 British Classic winners – the last being Rodrigo De Triano in the 2000 Guineas for Peter Chapple-Hyam in 1992.

Piggott was nicknamed “The Long Fellow” because of his height. He was relatively tall for a Flat jockey, at 5ft 8in, and fought hard to ride at 30lb below his natural bodyweight.

Piggott’s 4,493 winners – over 5,000 worldwide – constitute the third-highest tally in British racing history, behind only Sir Gordon Richards and Pat Eddery.

Newmarket trainer Sir Michael Stoute, for whom Piggott rode several winners, paid tribute, saying: “Lester could be very entertaining when he was in the mood – he had a great sense of humour. But he was tough to talk to at times.

“In 1980, actually, he had the pick of plenty of mine, with the hope of carrying that on, but he had fallen out with a few people by that stage. He is an icon, a brilliant jockey. Many have tried to be like him, and no one has come close.”

Chapple-Hyam told Racing TV: “It was just unbelievable for a young man like myself to have Lester Piggott riding for you. He was my hero, he was everyone’s hero. Everything went like clockwork; Lester and the horse suited each other down to the ground.

“He had an aura about him all the time … There are very few people in racing who are known by their first names. Frankie (Dettori), Lester, probably Henry (Cecil) – and that’s by the general public, not just us people who think it’s a huge world in our business. You mention Lester’s name, everyone knows Lester, everyone has got a story to tell about Lester. Whether they backed him in the five o’clock somewhere or they bumped into him, he was worldwide.”

Along with Frankel, Piggott was in the first draft of inductees into the British Champions Series Hall of Fame last year.

“Enigmatic and reserved, it was on the track that he did his talking, with nine Derby wins among his 30 British Classics together with 11 champion jockey titles. He matched a fiercely competitive spirit with genius horsemanship and was revered by millions.

“It was only fitting that he became the first person to be inducted into Flat racing’s Quipco British Champions Series Hall of Fame last year. We will be forever grateful for the indelible contribution he made to British horse racing.”