You never forget the name of your first lesson horse – that horse who taught you what you need to know to work with every one that follows.

In this series, participants throughout the Thoroughbred industry share the names and stories of the horses that have taught them the most about life, revealing the limitless ways that horses can impact the people around them. Some came early on in their careers and helped them set a course for the rest of their lives, while others brought valuable lessons to veterans of the business.

Question: Which horse has taught you the most about life?

Bernard McCormack, Cara Bloodstock: “She was a gray mare by a stallion named Song, in Europe. I owned her before I had a car, and I used to ride my bicycle at the end of the bus route to go see her on a farm north of Dublin. I was maybe 18 at the time, out of high school about three months, and I’d say owning a mare before you own a car, and having to do that to see her taught me I had a passion, and what I did with the passion was what turned into a career.

“I don’t know if she taught me anything specific, but what she instilled in me was that if you want to do something, you’re going to have to go to the end of your bus route, get on your bicycle, and ride the last six miles to see her. That was something that a passionate person would do, and because I did that, I kept that level of passion.

“She was kept on a small farm in Malahide in north County Dublin. I was on the other side of the city. I had to take three buses to get there, and I couldn’t take my bike on the train, so I had to take the bus. I got a car soon after, because I figured it was a lot easier.

“My riding horse passed away recently. I’ve owned a lot of horses for commercial reasons, and I can’t say this mare, while I paid for her, was a commercial reason, but she was mine. Then, when my riding horse died, I kind of had the same feeling. It wasn’t for a commercial reason, but he was mine. Those two sentiments are very closely entwined. Everything else is commercial, and reasoning, but the mare gave me the instillation of loving the horse, and that’s carried true. That’s a great life. If something interests you that much and give you those emotions, and you can have that for as long as I’ve enjoyed that…There’s nothing better.” 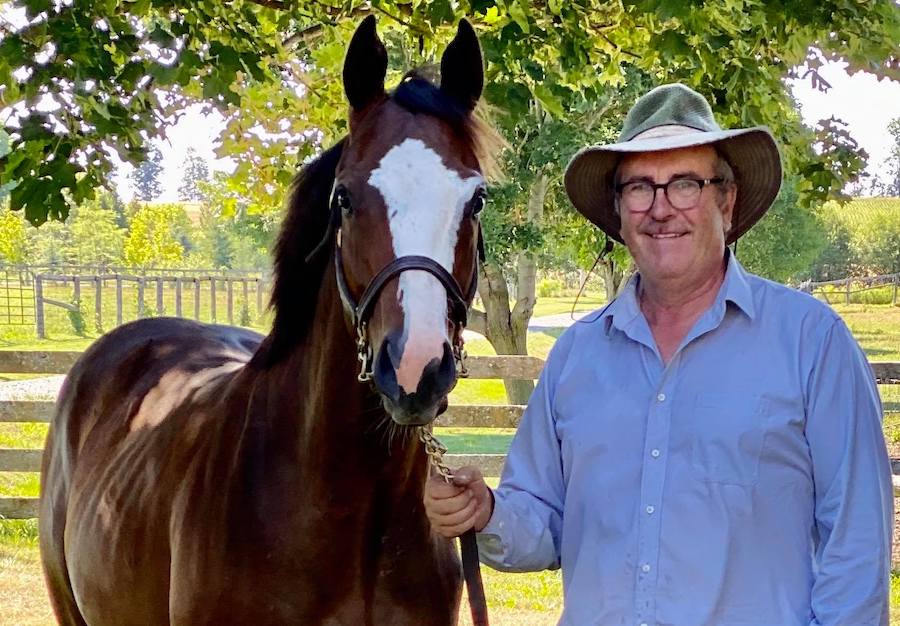 Bernard McCormack is the owner of Cara Bloodstock, a leading consignor in the U.S. and Canada, based at Mapleshade Farm in Janetville, Ontario.

A native of County Dublin, Ireland, McCormack learned about the Thoroughbred business from his father, a trainer and racing journalist. He graduated from the Irish National Stud program, and moved to Kentucky in the late 1970s to work at Walmac Farm.

In 1979, he moved to Maryland to take a job with Windfields Farm to work with the farm’s yearling division. Two years later, he relocated to the farm’s Ontario division, the home of the great Northern Dancer, and he became the farm’s general manager in 1987, at age 27.

McCormack remained with Windfields until 2008, when he fully turned his focus to his Cara Bloodstock consignment, which offered its first homebred yearlings in 1997. Cara Bloodstock has consigned winners of all three legs of the Canadian Triple Crown, including 2021 Queen’s Plate winner Safe Conduct and Breeders’ Stakes winner British Royalty.

Maxfield Goes Out In Style With Resume-Padding Clark Triumph