What if you had to use what you learned in math class to decide how many megawatts of electricity were needed to power a city? Could you do it? Would it help to decide by playing a game?

Math is coming to life in one Brookline eighth grade math class, where rather than asking students to write out numbers in the billions or trillions, teacher Sam Fitzgerald adds gaming elements, asking students to do some role playing.

In one lesson, Fitzgerald asks his students to envision that they are power plant managers, responsible for sending the proper number of megawatts of electricity to cities that surround the power plant.

A correct answer and a slide pops up on the computer, showing cities all lit up. An incorrect answer sends the cities back to the stone age. Too much power? Well Fitzgerald, who teaches at Florida Ruffin Ridley School, doesn’t even want to think about that.

Using video games that she has created, Hellinger teaches courses on coding for non-coders and how to create curriculum for would-be teachers.

“What makes a game is you can make mistakes and you can learn from those mistakes. You try something &mldr; you get the immediate feedback, the consequences,” said Hellinger.

In a typical classroom, students have only one chance to complete a test or assignment.

“Schools that operate that way are really missing out on that learning opportunity of the feedback loop,” said Hellinger.

“[In] a video game you try something and you get feedback about whether it worked or didn’t work and then you try it again. It’s the trying again, it’s the learning and the ability to try again that really makes gaming fun and addictive and the fact that you can make mistakes,” she said.

April Rohan, a seventh grade English Language Arts teacher at Garfield Middle School in Revere, designed a video game in Hellinger’s class and was surprised to learn the principles of playing a video game are comparable to those of learning.

“The building blocks of learning that you teach in a regular curriculum and that they use in video games are similar,” Rohan said.

Is there educational value to playing games?

Hellinger creates video games to suit the course she is teaching. In a course on designing curriculum for soon-to-be teachers, she encourages her students to incorporate games in their own classrooms.

In this course, Hellinger created a video game in which her students become private detectives hired by the principal to find out who hacked her Facebook account. Students go undercover as a new teacher, completing professional development programs along the way. As they learn, they secretly communicate with a student mole to gather information.

There are comprehension checks built into the games.

“The key to that is you have to set them up so students have unlimited attempts – so they can try over and over again. So if a student gets it wrong they get some feedback to help them get to the right answer,” Hellinger said.

In her introductory course — Coding for Non-Coders — Hellinger’s game finds students knocked out, handcuffed and gagged as intruders search for their latest invention, which is technological telepathy, or the ability to communicate with your robot using your mind. The robot, however, is in the other room, Hellinger said.

“So while you are handcuffed and gagged, you have to mentally program your robot to find the keys to your handcuffs that the intruders dropped, [and] figure out how to make your way to the door,” she said.

The only way out is to use binary code to program the robot to unlock the door and climb stairs.

“It’s designed to build the students’ knowledge as they go through. So &mldr; they actually program the robot in a separate program called Scratch. Then, if they program it correctly, at the end the robot will do something. For example, when he finds the keys he sings the song to the ‘Legend of Zelda,’” she said.

Sandra Schwarzkopf was searching for a class on game-based teaching when she came across Hellinger’s classes. Today, she applies those gaming principles at Georgetown Middle/High School, where she teaches American history and current events to students in grades 11 and 12.

Using part video game, part scavenger hunt, she teaches students about 1930s Germany and the Holocaust, sending them on a quest to determine the answer to the question “Could the United States have done more to prevent the Holocaust [given what they knew at the time]?”

Each student gets a sealed envelope with their assignment, and they look for clues throughout the school.

“So, ultimately, I sent them back in time to the 1930s and they could only take one thingwith them from today, but they were going to talk to different characters from the 1930s that were real historical,” Schwarzkopf said. “My game was 100% based on historical events.”

She used a program called Twine to create a story, giving students choices as they worked to find the answer. One door led to a synagogue and a rabbi, another door to the Department of State. Reading newspaper articles from that time and discussing them were also part of the lesson.

Schwarzkopf even used an augmented reality app where students received a clue by hovering over an object with their phone.

“I used a mix of technology and their interacting with each other at the same time. So they are analyzing together, entering information in forms which I embedded,” she said. “It was a very complex question to investigate, but I could have given them the answer in five minutes,” she said.

Instead, students spent a few days analyzing and discussing and finding the answer themselves.

“They did it in a more game-based way that kept them engaged throughout,” she said.

“She opened my eyes to the world of video games. I didn’t realize what a valuable teaching tool they were,” Rohan said.

She now looks for ways to incorporate games into her lessons, whether it’s sending students on a scavenger hunt or using quiz-based game platforms.

“I don’t have a lot of experience designing video games or computer games. When designing my lesson plans and unit plans a lot of the games I do use are interactive class games,” she said.

Her students really have fun playing the games.

“I see a lot more class engagement when we are doing games,” Rohan said.

Fitzgerald said he would like to capitalize on the skills kids gain from playing video games.

“I’ll watch kids who struggle in class play a video game and they’re savants. Their fingers are moving a mile a minute and they can make in-the-moment adjustments, when I can’t make heads or tails of what is going on on their screen but they are a master of their domain. I do think there’s an opportunity there to leverage those skills that may not show up conventionally in a classroom every day,” he said.

Students who take Hellinger’s game-based courses earn higher grades and are happier than they were when she taught in a more traditional manner, something she discusses in her book “A Guide to Designing Curricular Games: How to ‘Game’ the System (Advances in Game-Based Learning).”

Have some fun: 10 sensory-friendly places to jump, experiment, play, watch movies and more

Patrick Lane, a student of Hellinger’s and a history teacher at Austin Prep in Reading, says his students are definitely more engaged when playing games.

“I think you see the engagement rises up. There will always be students [who] are always engaged. It’s the mid-level whose engagement seems to fluctuate. You see them start to take a larger role in the class and they seem more driven and interested in the material,” Lane said.

Not enough time to create games

The biggest deterrent to creating games for the classroom is time.

“Teachers don’t have enough time to do this. They don’t have the time to be creative and do what they want and to have fun with learning,” said Hellinger.

While the teachers agree, they are finding ways to add games into everyday lessons.

“We don’t have to gamify every single thing we teach. You don’t have that kind of time as a public school teacher. But just seeing how kids respond to this I’d say most of them would enjoy it,” Schwarzkopf said.

Creating a video game can be time consuming, said Fitzgerald, so he suggests starting small.

“It seems easier and less technically demanding than one might anticipate to at least incorporate some minor elements of this into lessons,” he said. 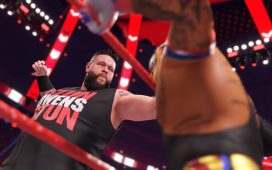 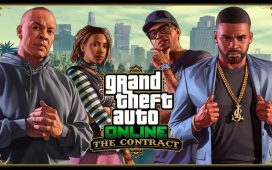 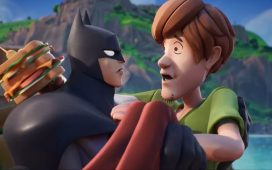 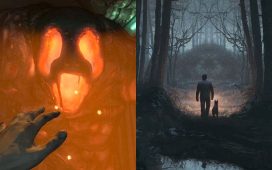 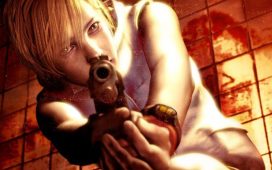 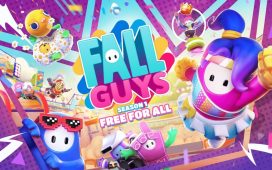 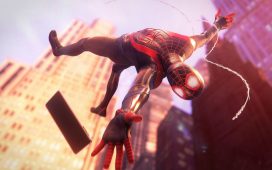 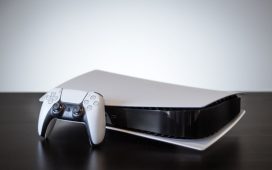