US lawmakers announced two major new proposals seeking to rein in the power of big tech, days after the revelations from a former Facebook employee spotlighted the company’s sweeping impact.

The first bill, proposed by a group of senators headed by Democrat Amy Klobuchar and Republican Chuck Grassley would bar big tech platforms from favoring their own products and services.

The second bill, put forward by House Democrats, would remove some protections afforded tech companies by Section 230, a portion of the Communications Decency Act that exempts them from liability for what is posted on their platforms.

The proposals are part of a slew of bills from this Congress aimed at reining in tech firms, including industry leaders Facebook and Apple. Thus far, none have become law although one, a broader measure to increase resources for antitrust enforcers, has passed the Senate.

Klobuchar and Grassley’s bill would specifically prohibit platforms from requiring companies operating on their sites to purchase the platform’s goods or services and ban them from biasing search results to favor the platform. It is a companion bill to a measure which has passed the House judiciary committee and must pass both houses of Congress to become law.

The bill would address concerns that tech giants have become gatekeepers, giving preference to their own products, blocking rivals from accessing markets and imposing onerous fees and terms on smaller businesses.

“As dominant digital platforms – some of the biggest companies our world has ever seen – increasingly give preference to their own products and services, we must put policies in place to ensure small businesses and entrepreneurs still have the opportunity to succeed in the digital marketplace,” Klobuchar said in a statement.

The legislation comes as Congress is increasingly working on a bipartisan basis to address antitrust issues in big tech. Traditionally lawmakers have differed on their critiques of the industry – with Democrats claiming the companies are monopolies and Republicans criticizing what they perceive as an anti-conservative bias on the platforms.

“This bill is welcome proof that the momentum in Congress to tackle big tech’s monopoly power is rapidly gaining force on both sides of the aisle,” read a statement from the Institute for Local Self-Reliance, a non-profit that fights against corporate monopolies. “We agree with their view that the tech giants cannot continue to abuse their power at the expense of competition, innovation, and entrepreneurship.”

Meanwhile, the debate around Section 230 – a portion of the Communications Decency Act that protects companies from legal liability for content posted on their platforms – has continued. Its impact has long been a hot-button issue but became increasingly so during the Donald Trump’s presidency.

The bill House Democrats introduced on Thursday would create an amendment in Section 230 that would hold companies responsible for the personalized algorithmic amplification of problematic content.

In other words it seeks to simply “turn off” the Facebook news algorithm, said Evan Greer, director of digital rights group Fight For the Future.

The law would apply only to large tech firms with 5,000,000 or more monthly users, but could still have negative consequences for firms large enough to qualify but that still have fewer resources than Facebook.

“Facebook would likely be able to survive this, but smaller competitors wouldn’t,” Greer said. “That’s why Facebook has repeatedly called for changes to Section 230 – they know it will only serve to solidify their dominance and monopoly power.

“This bill is well-intentioned, but it’s a total mess,” added Greer. “Democrats are playing right into Facebook’s hands by proposing tweaks to Section 230 instead of thoughtful policies that will actually reduce the harm done by surveillance-driven algorithms.”

Lawmakers are “failing to understand how these policies will actually play out in the real world”, she added.

They instead prefer an approach to reining in Facebook and other platforms by attacking the data harvesting and surveillance practices they rely on as a business model.

Reuters contributed to this report 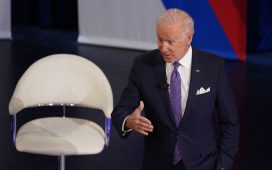 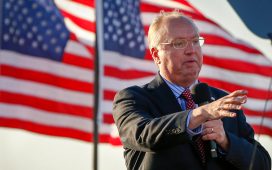 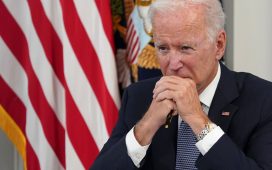 Biden's support is fading as concerns over the economy and Covid grow, CNBC survey finds 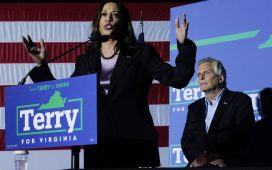 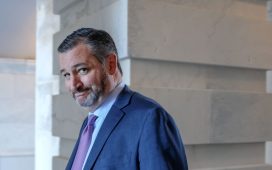 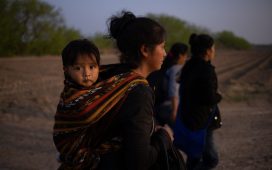 More than 7,000 migrants expelled from U.S. by the Biden administration faced kidnappings, other attacks, report says