Paul N. Whelan, the former U.S. Marine sentenced in Russia to 16 years in prison on espionage charges, has not been able to contact his family or the U.S. Embassy since July 4, and relatives and members of Congress are increasingly concerned about his well-being.

“He’s not been heard from,” said Representative Haley Stevens, Democrat of Michigan who represents Mr. Whelan, said in an interview. “We haven’t heard from him, or really been able to talk to him since the beginning of July.”

Ms. Stevens and family members of both Mr. Whelan and Trevor Reed, another former Marine sentenced to prison in Russia, are set to hold a news conference to talk about the prison conditions and push for new congressional resolutions calling for their release.

Speaking in front of the Capitol on Thursday, Ms. Stevens said Mr. Whelan was being made to work six days a week at a prison garment factory, injuring his arm, and has been held by Russia for 944 days.

In early June, Mr. Whelan did an interview with CNN, after which Russian authorities restricted his access to cellphones, though he was still allowed to call his family. President Biden raised the cases of Mr. Whelan, 51, and Mr. Reed, 30, during his June summit with President Vladimir V. Putin of Russia.

Mr. Whelan made a call to his parents in early July and then a second on July 4.

“At that time he said, ‘If you don’t hear from me tomorrow there’s been some trouble,’” said Elizabeth Whelan, his sister, in an interview.

Since then neither the U.S. Embassy in Moscow nor Mr. Whelan’s parents have been able to contact him, Ms. Whelan said.

Joey Reed, Mr. Reed’s father, said Thursday that his son had been suffering from Covid and that he had not heard from him for more than two weeks. “We are very concerned about his health,” he said. “Both our families are concerned that Paul and Trevor might die in a Russian prison because of the poor conditions and lack of medical care.”

The evidence against Mr. Whelan is thin, and nothing presented by the Russian prosecutors has convinced American officials that he was engaged in spying on Russia.

Mr. Whelan was arrested in late 2018 and after his sentencing last year, he was placed in IK-17 work camp in Mordovia, about eight hours from Moscow.

Ms. Whelan said that they assume her brother has been returned to the camp after being moved to a hospital for treatment of an arm injury. But Ms. Stevens said it was not clear where the Russians were holding him now. She also said that he had been put in solitary confinement.

Ms. Stevens, the congresswoman, said: “The reality is there’s been no contact with him. This is reaching another pivotal moment.”

Congress passed a resolution on Mr. Whelan in 2019, but a new measure is in order, Ms. Stevens said. She added that a vote would hardly force Mr. Whelan’s release but it would demonstrate bipartisan opposition to Moscow’s tactics and get “under the Russian skin.”

Representative August Pfluger, the Texas Republican who represents the district where Mr. Reed is from, called on Mr. Biden to increase the pressure on Russia.

“We will not compromise until we bring Trevor and Paul home,” he said. “We will not tolerate American citizens being unlawfully held by the Putin regime.”

Ms. Stevens said that Moscow was trying to use Mr. Whelan and Mr. Reed for its own advantage.

“Americans absolutely cannot be used as political pawns for other countries, period, end of story, not acceptable,” she said. “This is the Russians engaged in the dark arts of political interference. I think that this is part of an attempt to toy with the inner psychology of our political structure.” 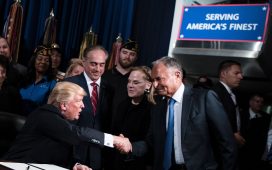 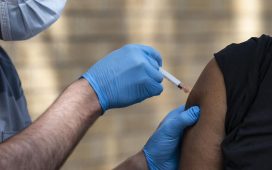 Americans with 'natural immunity' look for ways around COVID-19 mandates 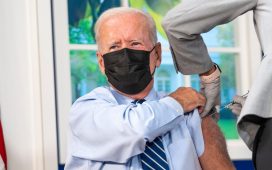 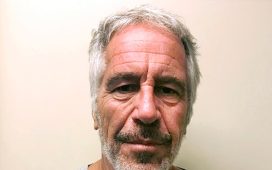 Rep. Karen Bass Launches Campaign To Be The Next Mayor Of Los Angeles 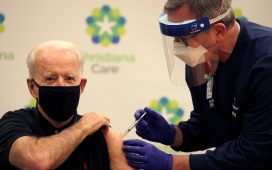 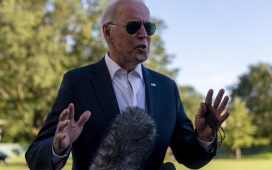