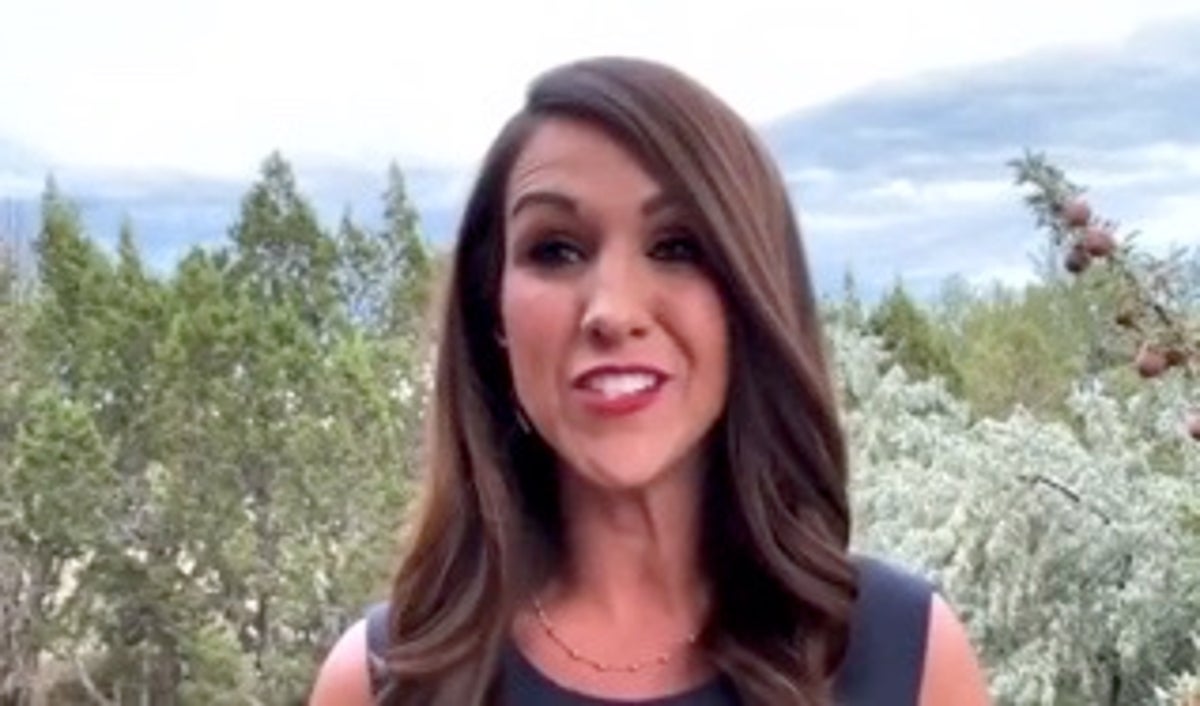 Rep Lauren Boebert has come under fire for a “homophobic” rant where she claimed that President Joe Biden’s student loan forgiveness plan will be used to fund “Karen’s daughter’s degree in lesbian dance theory”.

The Colorado congresswoman raged about the president’s plans to scrap up to $20,000 of student debt for millions of Americans in an interview with Fox News’ Sean Hannity earlier this week.

“How the heck can Joe Biden call America First conservatives a threat to democracy with a straight face and a dry diaper?” she said.

“He’s the one who has allowed millions to invade our southern border.

“He’s the one who is robbing hardworking Americans to pay for Karen’s daughter’s degree in lesbian dance theory.”

Social media went into overdrive after a clip of the interview was posted on Twitter by account Patriot Takes on Saturday, with many Twitter users quick to mock her for her comments.

Tennis legend Martina Navratilova, who is gay and has long been an advocate for LGBT+ rights, said she was “glad” Ms Boebert is straight as she told her she is “grasping at straws”.

“Wow – to think she had to write this down. And this 65-year-old lesbian has never heard of lesbian dance theory, but maybe it’s a thing Lauren – you are grasping at straws darling. And I am really glad you are straight,” she tweeted.

Others slammed the controversial congresswoman for what they called her “bigotry” and “homophobic” comments.

“Enough of this homophobic, ignorant, tramp-stamp on the backside of our democracy,” one person tweeted.

“She’s a low-life piece of lying trash whose husband exposed himself to minors, and whose hero sold out men and women protecting our country.”

Another person agreed: “The ‘dance theory’ trope is routinely silly and philistine. ‘Lesbian dance theory’ adds that frisson of bigotry that really excites your basic semi-fascist.”

“Lauren Boebert is the prime example of what happens in a country when it values guns over education,” chimed in another.

Meanwhile, another person mocked both the congresswoman and her GOP colleague Governor Ron DeSantis over his attacks on LGBT+ rights in Florida, after he introduced the controversial so-called “Don’t Say Gay” bill earlier this year.

“You know as soon as Lauren Boebert uttered the words Lesbian Dance Theory, Ron DeSantis drew up legislation to remove it from Florida schools, and GOP super PACs kicked in a shit ton of money,” they tweeted.

Meanwhile, others turned to trolling the congresswoman, commenting about signing up for such a degree and sharing memes imagining what classes would be like.

“I have a degree in women’s studies but I must have missed the seminar on lesbian dance theory. If it doesn’t involve Brandi Carlile music and flannel plaid leotards, I’m not interested,” one person tweeted.

“I’m not going to lie, I’m a little pissed that lesbian dance theory wasn’t offered when I went to college,” another person tweeted.

Lesbian dance theory is a term sometimes used to describe degrees that some believe have no value.

Her comments came in part in reaction to the president’s remarks at the Democratic National Committee fundraiser in Maryland on Thursday where he branded Donald Trump’s America First agenda “semi-fascism”.

“What we’re seeing now is the beginning or the death knell of an extreme MAGA philosophy,” he said.

“It’s not just Trump, it’s the entire philosophy that underpins it – I’m going to say something – it’s like semi-fascism.”

Earlier this week, the Biden administration announced a new student-loan forgiveness plan which will cancel thousands of dollars of debt for millions of Americans.

Under the plan, up to $20,000 of debt will be cancelled for borrowers who earn less than $125,000 per year and who received Pell Grants – education grants for students from low- and middle-income families.

Democrats have welcomed the move, with progressives saying it needs to go further still.

But, Republicans instantly took issue with the move, claiming that other taxpayers without debt or a college education will lose out.

Their outrage over the topic has become a source of much mockery as other Americans point out their bizarre complaints and point to the hypocrisy of GOP lawmakers who have themselves profited from federal debt relief programs in the past.

Texas Senator Ted Cruz was derided after he hit out at what he called “slacker baristas” who will benefit from the plan.

“There is a real risk that if you are that slacker barista who wasted seven years in college studying completely useless things, now has loans and can’t get a job, Joe Biden just gave you 20 grand,” he said.

“Like, holy cow! 20 grand. You know, maybe you weren’t gonna vote in November, and suddenly you just got 20 grand.”

Mr Cruz voiced his concerns that the plan to reduce debt for millions of Americans could pose “a real risk” to Republicans in the November mid-terms “if you can get off the bong for a minute and head down to the voting station”.

Like Ms Boebert, the Texas senator was quickly schooled by Democrats and social media users on the issue of student loan debt.

Democratic Senator Bernie Sanders posted a video on Twitter where nurses spoke out about the crippling debt that they face from the education they needed in order to enter the profession.

In the video, one nurse revealed that 120 nurses in her union had a combined student loan debt of $7m while another says she has to work two jobs to be able to pay $1,100 in student loan repayments every month.

Republican lawmakers criticising the financial relief for Americans were also called out for their hypocrisy by the White House.

The official Twitter account fired off a series of tweets pointing out that several GOP lawmakers had personally benefited from loan forgiveness of their own during the Covid-19 pandemic.