Asia Pacific equities slipped on Friday as investors reacted to the news that a new coronavirus variant with “worrying” mutations was spreading in southern Africa.

The biggest declines were in Japan, where the Nikkei 225 fell as much as 2.4 per cent and the broader Topix lost 1.8 per cent. Japanese Stocks were also hit by a 0.3 per cent month-on-month increase in Tokyo core CPI, which, while still small compared with the surging inflation in other parts of the world, was the biggest increase in the city since August last year.

The stock market declines reflected global concerns about a new variant of the coronavirus discovered in southern Africa, which Soumya Swaminathan, the chief scientist at the World Health Organisation, said had “a number of worrying mutations in the spike protein”.

Concerns of further monetary tightening in the US also abounded, after a measure of inflation followed closely by the Federal Reserve posted its biggest year-on-year jump in October since the 1990s. Minutes of the bank’s November meeting also revealed on Wednesday that some committee members advocated for the central bank to accelerate tightening.

Taiwanese chipmaker United Microelectronics Corporation will pay US group Micron Technology an undisclosed fee to settle a legal dispute between the two companies that cut to the heart of US-China tensions.

UMC was fined $60m in October last year after pleading guilty to US charges of stealing trade secrets and sharing them with China-based Fujian Jinhua during a collaboration with the Chinese company.

The case drew attention to Taiwanese technology companies, which are essential to the global supply of semiconductors and gadgets, but are also highly reliant on China. The companies were pushed to decouple themselves from China during the heightened trade tensions between the world’s two largest economies that began under the presidency of Donald Trump.

The dispute stems from 2016, when UMC signed a deal with Fujian Jinhua, part of which included provisions for the Taiwanese company to help it boost its production capacity. In October last year, UMC admitted to US courts that it had hired engineers from Micron in 2015 that later worked on the project and shared confidential information from Micron with the Chinese group.

In a joint statement issued on Friday, the two companies said that the payment of an undisclosed fee from UMC would see both sides withdraw their legal complaints against each other.

Stocks in Australia and futures in Japan and Hong Kong dropped on Friday morning, with Asia Pacific markets getting off to a weak start to the day following a quiet Thanksgiving holiday in the US.

Australia’s benchmark S&P/ASX 200 fell as much as 0.4 per cent in early trading, while futures for Japan’s Topix and Hong Kong’s Hang Seng index dropped 0.1 and 0.3 per cent respectively.

Markets in the US were closed for Thanksgiving on Thursday and will run a shortened session on Friday. In Europe, the Stoxx Europe 600 gauge closed up 0.4 per cent as traders weighed up the likelihood of monetary tightening following strong US economic data released during the previous session and the minutes of the Federal Reserve’s latest policy meeting.

Data released on Wednesday showed that US weekly jobless claims had reached their lowest point since 1969 and that a measure of inflation followed closely by the Fed had posted its biggest year-on-year jump in October since the 1990s.

UK and France clash over response to Channel migrant tragedy

Victor Mallet in Paris, Robert Wright in London and Anna Gross in Calais

Boris Johnson and Emmanuel Macron were on Thursday struggling to co-ordinate a coherent response to the deaths of 27 migrants who had drowned trying to cross the English Channel from France the previous day.

The UK and French governments, hampered by deteriorating relations since Brexit, blamed criminal networks of people-traffickers for the tragedy and vowed to crack down on the gangs as would-be asylum seekers risked their lives in small boats.

“We need stronger European co-operation on this, given that France is a transit country,” the French president said during a visit to Croatia.

On Thursday, a further 62 migrants reached the UK in small boats, while France stopped another 30.

Tensions continued between the UK and France yesterday with Priti Patel, the British home secretary, saying the onus was on the French government to stop people crossing the Channel. “I’ve offered to work with France to put officers on the ground and do absolutely whatever is necessary to secure the area so that vulnerable people do not risk their lives by getting into unseaworthy boats,” she told the House of commons.

Read more about Johnson and Macron.

The UK will place six southern African countries back on its red list of travel restrictions, after an apparent surge in cases of a heavily mutated coronavirus variant caused alarm among global health officials.

Travellers returning from South Africa, Botswana, Namibia, Zimbabwe, Lesotho and Eswatini will be forced to quarantine for 10 days at a government facility from midday on Friday, government officials said.

Direct flights from the six countries will be banned from midday on Friday until hotel quarantine is up and running from 4am on Sunday.

The rule change follows mounting concern by scientists over the B.1.1.529 Sars-Cov-2 variant’s ability to evade the vaccines and transmit faster than the Delta variant. The strain, first identified in Botswana, is believed to be behind a resurgence in Covid cases in South Africa over the past week.

Read more about the new variant.

What to watch in Asia today

Chinese tech earnings: Food delivery company Meituan and short video platform Pinduoduo report earnings today. Meituan had to swallow a Rmb3.4bn ($530m) fine after being found guilty of monopolistic practices in October. Despite the huge fine, some analysts say the company got off lightly.

Markets: US stock markets were closed on Thursday for Thanksgiving. Australian stocks fell in early trading, while futures in Japan were flat.

Data: Markets could be affected by Australia’s October retail sales figures and Tokyo’s inflation figures, both reported today. Retail sales rose for the first time since May in September, and are forecast to have accelerated in October. ANZ also reports consumer confidence figures for New Zealand today. 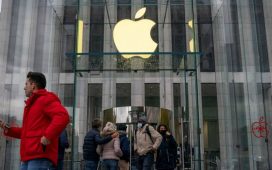 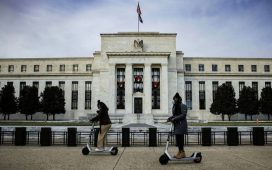 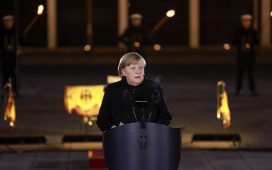 Outgoing Chancellor Angela Merkel: Virus death toll 'so bitter because it is avoidable'

The first man to hunt wildlife with a camera, not a rifle 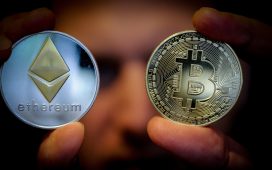