The Lancashire artist Jamie Holman is paying 150 people £10 each to howl in unison as part of his upcoming exhibition, a memorial to the last wolf killed in England.

Holman put out the call for participants on his Twitter account last month, asking people to join him at Preston bus station on Sunday 30 May to “contribute to a piece of art”. Holman says the performance will run from 2-4pm and he’s promised every participant £10 and refreshments.

“We invited [an initial] 100 people to gather at the iconic brutalist bus station in Preston. It’s going to be filmed and exhibited outside on a large screen [at the Lancashire Encounter Festival] in September.”

Last year’s Lancashire Encounter festival was cancelled due to the pandemic but this year the arts festival will return to Preston on the weekend of 17-19 September.

The promise of a tenner for turning up for a day of howling was enough to get the initial 100 sign-ups in half an hour, and Holman’s only regret is that he can’t give away more money.

“I really should have done 500 people but we couldn’t do it with Covid distancing. When my studio gets public art commissions we try to divert that funding back to people so they feel like they’re part of the event.

“It’s nice to not have to ask people to turn up and contribute something for nothing.”

Holman says the “mass howl” is intended to symbolise the end of wildness in England, by gathering in the same county, Lancashire, in which the last wolf was supposedly killed.

The idea also has more modern origins in terms of the pandemic’s impact on our relationship with nature over the past 15 months.

Holman describes the artwork in two stages. The first being “the big cathartic performance piece” and the second being the “beautiful film” which he is hoping to play across the country once people are allowed to gather in order to encourage people to “reengage with wildness” once lockdown is over.

“It’s about being a pack again,” he said. 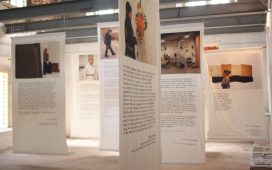 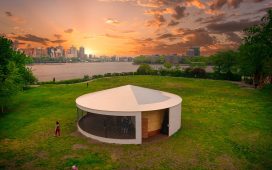 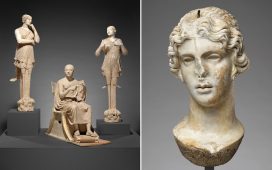 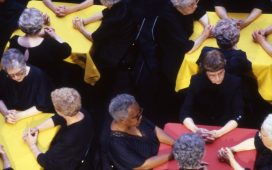 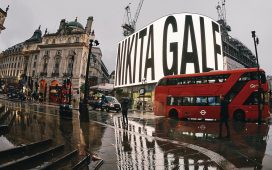