In “Lakewood,” Naomi Watts plays Amy Carr, who starts out in the late afternoon jogging through an upscale wooded suburb, mourning her husband’s death in a car crash the year before. The film tells the story of a woman and her partner, her significant other, the second self she can’t live without. The husband, named Peter, was friendly and bearded; we see him in a photo and hear him on a voicemail message, and he sounds like an ideal middle-class protector and mensch. She’s distraught without him.

But that’s not the partner I’m talking about. “Lakewood,” you see, tells the story of a woman and her trusty cell phone. In a way, it’s their love story.

In the last 25 years or so, there has been a species of movie — not quite a genre, more of an occasional blip — in which a brand of digital technology that is novel at the time gets a workout, both as structural device and as an exploration of how that technology is changing the world’s spirit. There was Sandra Bullock tapping away, in 1995, in “The Net.” There was Jason Reitman’s text-bubble soap opera “Men, Women, and Children” (2014). “Lakewood,” written by Chris Sparling and directed by Phillip Noyce, treats the smartphone the same way: as a miracle gizmo whose capabilities drive the film’s drama. The entire movie consists of Amy talking into her iPhone, using its assorted features, plugging into its world-at-your-fingertips mystique, which the film presents with an attitude of “Wow, look at this!”

Amy never stops running, even when she injures her leg (watching a character limp-jog for minutes on end is not a pretty sight), and she spends the film leaping from one call to the next like a financial broker on Adderall. She whips through her contacts and uses GPS. She asks Siri to make calls and watches a live TV news report. She talks to 911, and she calls Lyft. Even when a cataclysm occurs, and the life of one of Amy’s family members is at stake, the movie keeps us supremely aware of the logistics of the phone.

Noyce fetishizes the ring tone, the quotidian sci-fi wonder of FaceTime, the way that one call keeps slicing into the next (as if the movie were some grand statement about The Disruptive Quality Of Our Lives). Late in the movie, when Amy has traveled from the woods into the city, she’s holding the iPhone at a moment of life and death, and just then it runs out of juice, leaving that battery-sketch-with-the-red-line insignia. Amy may have just lost a loved one, but I expected her to scream, “Dear God, help! Anyone! Is there a place where I can plug in my charger?”

The joke of all this, or maybe just the low-camp arduousness of it, is that the smartphone is a device that now seems about as novel as a television remote or a dishwasher. Why spin an entire movie around a wide-eyed presentation of its capabilities? Because, I guess, it seems like a hook. Shot with small-scale ingenuity during the pandemic, “Lakewood” is a minimalist “topical” thriller. A lot of it consists of the camera, hand-held, right up at Amy’s face, or surveying the woods, with the suspense music pounding. It’s meant to be “real time” suspense, and Naomi Watts, there’s no question, goes all out. In an accomplished piece of acting, she screams and cries, she modulates, she hyperventilates; she gives a highly existential performance of live-wire fear.

I should probably do some kind of penance for my acerbic tone, since “Lakewood” wants to be a deadly serious movie about the rawest tragedy imaginable. It turns into a drama about a school shooting. Amy is aghast with terror when she learns that her son, Noah (Colton Gobbo), who she thought stayed home that day out of depression, drove the family pickup truck to Lakewood High School — where the shooting is taking place. So he’s in there. He may get killed.

He may also be the shooter.

Watching “Lakewood,” you may feel played. It’s a film that tries to tap into the madness of our lives now, but in doing so it reduces the specter of a school shooting to a glorified exploitation device — a way to create a minimalist pulse-pounder. And what a contrived one! By the time Amy is using that loyal phone of hers to talk to the shooter, you may wonder what universe the movie is taking place in. The trouble with “Lakewood” is that it’s all thriller abstraction. We don’t see the shooting, and we barely know the son (except for a brief moment early on). And we’ve seen enough situations like the ones the movie plays off that it fails to summon any sense of real-life revelation. Watts’ commitment holds the movie together. She acts as if that phone were her flesh-and-blood partner. But it’s not. It’s a device impersonating something human. And so is “Lakewood.” 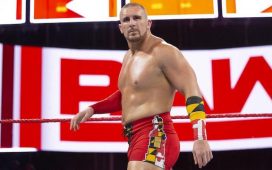 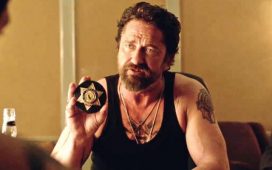 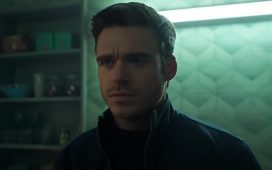 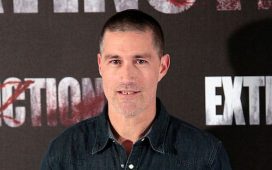 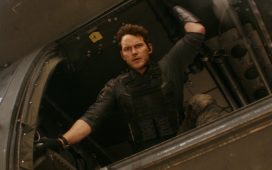 Marion Cotillard on the #MeToo Movement: ‘It’s a True Revolution’