The show must go on! Even without their full camera crews, the KarJenners are filming ‘KUWTK’ in quarantine — and a producer shared some juicy BTS secrets about how it’s going down.

Keeping Up With The Kardashians has not stopped filming amidst the coronavirus pandemic. Although stay-at-home orders in Los Angeles have prevented the famous family from using their normal film crews to shoot the show, they’re still self-taping their own footage to share when the series returns this fall. Longtime show producer, Farnaz Farjam, revealed in a May 18 interview with Elle that it was actually Kris Jenner’s idea for the family to “shoot everything [themselves]” during this unprecedented time.

Farnaz explained that all of the family members are filming their own confessionals, and that they’ve shot family dinners via Zoom calls. She confirmed that at least two upcoming episodes of KUWTK will include footage from this time, and that it’s been a big “to-do” to get everything to work. Of course, there are some things that have been difficult. “If Kris gets annoyed and walks out of the camera angle, it’s not like we can follow her and continue shooting,” Farnaz explained. “She has to come back onto the screen and explain [why she walked away]. It’s less fly-on-the-wall because we have to give them direction and they have to be more informative with us, but because this is the Kardashians, and they’re entertaining regardless, it’ll be fun to watch for people.”

At the beginning of quarantine, the family was filming on their personal cell phones, but Farnaz eventually realized that viewers would not want to see such low quality footage for long. So, a director of photographer and technician were hired to visit each of the family member’s homes (while wearing precautionary hazmat suits) to set up brightly-lit rooms where confessionals could be filmed. Farnaz also made sure to note that the equipment was all wiped down with sanitary wipes, and explained that family members waited 24 hours before entering the rooms after that the confessionals were set up.

Oh, and each week everyone gets a brand new iPhone delivered to them, so they can trade in the old iPhone with the footage from the week prior. Farnaz pointed out that Kourtney Kardashian has filmed noticeably less than the rest of the family, but that Kim Kardashian and Khloe Kardashian have provided a lot of content that fans are really going to want to see.

“I’m really excited for people to see Kim having to juggle everything on her own, especially early on, when it was so, so scary,” she explained. “Now people have been quarantining for a long time and have trusted people in their lives to help them out, but in the beginning they didn’t have that. Watching Kim juggle four kids will be really relatable. No matter how big her house is, four kids is four kids.”

At Khloe’s house, we’ll get to see a new side of Tristan Thompson, Farnaz confirmed. “Tristan definitely stepped up and helped Khloe a lot with [their daughter] True,” she said. “He’s totally showing a way more mature side of himself. I think so much more [highly] of him now. Not that I didn’t like him before, I just like him so, so much more.”

Previews for the upcoming season have even shown the family discussing whether or not Khloe and Tristan will sleep together in quarantine. Plus, in another scene, Kris got emotional and cried while being quarantined separately from her kids. KUWTK returns to E! this September. 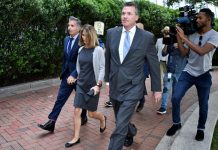 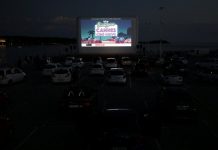 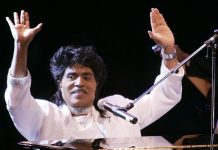 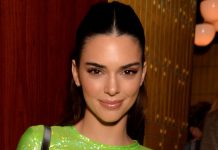 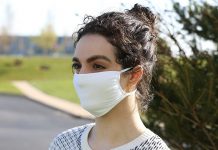 These Reusable Cotton Face Masks Have 3 Layers of Protection (Pack of 50!)

Denise Richards: How I Explain Charlie Sheen’s Behavior to Our Daughters

‘The Challenge’ Recap: 2 Guys Are Sent Home In A Brutal Double Elimination