East Kerry claimed their first county title in 20 years before a crowd of over 8,000 as they put four-in-a-row seeking Dr Crokes to the sword in the second half at Austin Stack Park in Tralee.

This win by the divisional side means that it is Kerry’s club champions Austin Stacks that will play Nemo Rangers in the Munster Club Championship next Sunday.

East Kerry led early thanks to two Mike Foley points and another from Evan Cronin before two Tony Brosnan points opened the scoring for the Killarney side.

Kerry star David Clifford had a goal chance at the end of the first quarter, but he blazed it just over the bar to open up a 0-5 to 0-2 lead.

It was his brother Paudie who was running the show on the 40 but after Foley fired over a third point, Crokes dragged it back to a one-point game again following Mark O’Shea and Brosnan points.

East Kerry finished out the first half strongly with a Clifford free followed by a superb point from his brother Paudie. Evan Cronin sent over his second on the half-hour mark before Brosnan brought the half to a close with a free as East Kerry led 0-8 to 0-5 at the break.

The second half was a feisty affair but East Kerry continued to dominate in the third quarter despite losing Pa Warren to a second yellow. The Clifford brothers combined for David to finish to the Crokes net in the 34th minute and now the gap was seven.

Crokes midfielder Mark O’Shea then picked up a second yellow and after two more East Kerry points, Darragh Roche ended the game as a contest with a second goal in the 45th minute. Gavin White replied with a goal for Dr Crokes within two minutes, but it was mere consolation as Mike Moloney was also sent off for a second yellow card offence on David Clifford.

Crokes with the exception of Shane Murphy, Fionn Fitzgerald, Brosnan and the outstanding White, who scored 1-1, were never at the races as East Kerry ended a 20-year famine and might well put together a run of their own over the coming years with such a young side. 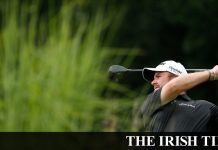 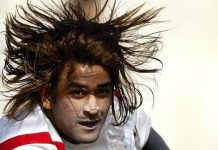 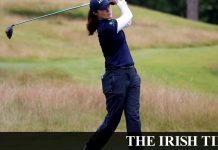 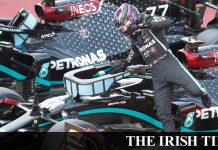 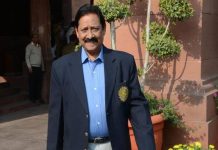