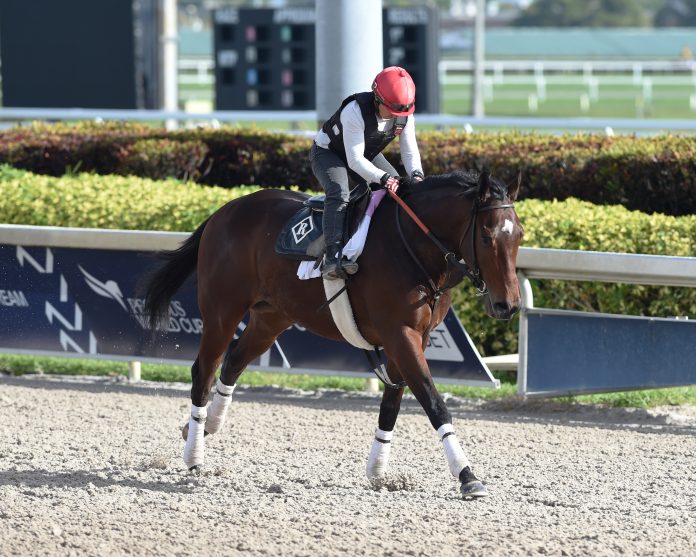 Kentucky Derby Qualifiers: We have been blessed with an abundance of Triple Crown hopefuls thus far. Two weeks ago, the Risen Star (G2) at the Fair Grounds attracted 23 and was split into divisions. 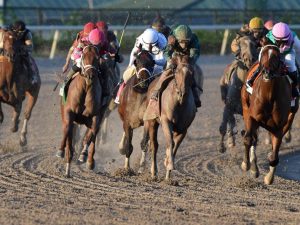 The pattern continues Saturday at Gulfstream Park with a surprisingly large field of 12 set to contest the $400,000 Fountain of Youth (G2). What accounts for the uptick in entries?

For starters, it is still very early in the process. The road to the Kentucky Derby is a minefield of injuries, illnesses and poor performances that knock contenders off the trail.

Perhaps we are seeing a rampant case of “Derby Fever” among owners and trainers clinging to the dream of hearing “My Old Kentucky Home” on the first Saturday in May while their horses parade to the post. Maybe we are seeing the effect of the enhanced safety protocols keeping young horses sounder.

Whatever the reasons, the net result is positive for the game. Full fields produce a more competitive product, and enhanced value for the bettors. For that, we should all be grateful.

The Fountain of Youth, the steppingstone to the Florida Derby (G1) on March 28, marks the return of Dennis’ Moment. This is his first appearance since the Breeders’ Cup Juvenile (G1) that

turned into a real spit-show for horseplayers who sent him off the 9-10 favorite. They were spitting mad when Dennis’ Moment stumbled out of the gate, torching millions of dollars in wagers on the supposed good thing. He is the 2-1 favorite in the Fountain of Youth, and the conundrum of the race.

The BC Juvenile (G1) was reminiscent of his debut last June at Churchill Downs for trainer Dale Romans where he clipped heels and tossed the jockey.

Then came two dynamite performances, a 19 ¼-length maiden win at Ellis Park and an under-wraps victory in the Iroquois (G3) back at Churchill. Then the long journey to California, and another mishap.

The son of Tiznow has had plenty of time to regroup. Louisville native Romans has spoken many times of his desire to finally win the Derby at his home track. This might be the horse that delivers the dream.

“With this horse, there’s so much hype with him — well deserved,” Romans said. “He’s very talented. I put the pressure on myself because of what I think of him. I think he’s ready to roll.”

The winner gets 50 qualifying points, enough to secure a starting slot in the Kentucky Derby. Flavien Prat will be aboard for the first time. The 2-1 price is mighty short on a horse with a penchant for trouble. Thanks to the large field, there are a number of alternatives to ponder that offer better value.

Chance It and As Seen On Tv, heads apart here in the Mucho Macho Man on Jan. 4, both return to continue their budding rivalry as realistic alternatives to the favorite.

In this corner, the horse to fear is Ete Indien following his second-place finish to Tiz the Law in the Holy Bull (G3). The generous 8-1 morning line is an enticing lure.

Trainer Patrick Biancone plans to put Ete Indien back on the turf this summer. After two grass races to launch his career, Ete Indien made a very smooth transition to the main track, winning a first-level allowance as the prep for the Holy Bull.

“We are in America. Dirt is the tradition this time of year,” Biancone said. “He’s a big baby. He’s a very talented horse who needs to learn and improve.”

If he learns another lesson Saturday the plans for a turf campaign will remain on hold. The race lost a leading contender when Green Light Go, winner last summer of the Saratoga Special (G2) spiked a fever and was withdrawn from consideration by trainer Jimmy Jerkens.

The Fountain of Youth tops a 14-race card with an early 11:30 a.m. ET start. The undercard includes eight graded stakes that attracted some prominent runners.

Zulu Alpha, winner of the $1 million Pegasus World Cup Turf (G1) here last month, is back for the $200,000 Mac Diarmida (G2) where he faces a solid lineup that includes Channel Maker, Sadler’s Joy, A Thread of Blue and Spooky Channel.

The action should be fast and furious in the $300,000 Gulfstream Park Mile (G2) where Mr Freeze, the pacesetting runner-up to Mucho Gusto in the Pegasus World Cup (G1), tackles the likes of Bodexpress, Phat Man and Haikal.

For 3-year-old fillies on the road to the Kentucky Oaks, the $200,000 Davona Dale (G2) offers 50 qualifying points to the winner and an interesting showdown between impressive debut winner Spice Is Nice and Tonalist’s Shape, who is undefeated in four starts.

Register now for an account with UsRacing.com, grab your welcome bonus, and get your action on al the Kentucky Derby Qualifiers, including the Fountain of Youth!

Some Restrictions Eased In Wake Of EHV-1 Positive At Woodbine