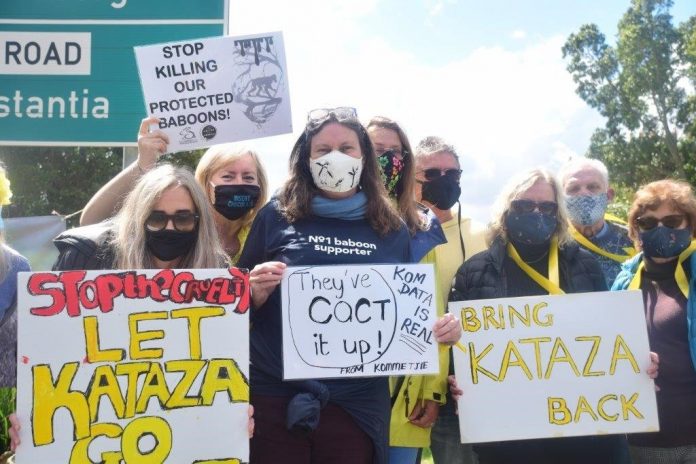 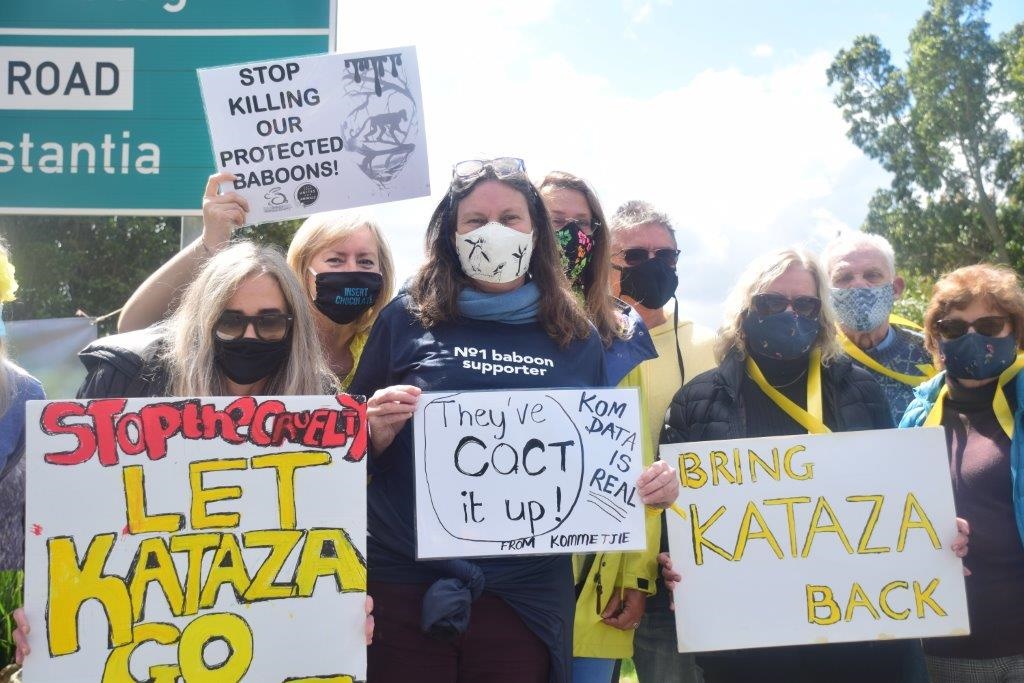 Court papers filed in the Western Cape High Court this month allege that the relocation of Kataza (SK11) by the City of Cape Town is a violation of the Animal Protection Act, an “abject failure”, and challenges the City’s presumed authority to manage baboons on the urban edges of the Cape Peninsula.

The application for review of the City’s controversial decision to relocate Kataza was issued in the high court on Friday, 2 October, by animal activist Ryno Engelbrecht.

He requests an order of court to replace the GPS tracker, remove the ear tags, and return the Cape chacma baboon to his home range on Slangkop, in Kommetjie.

The court action follows a letter of demand from Engelbrecht’s instructing attorneys, Visser & Associates, to which the City did not respond.

CapeNature and South African National Parks (SANParks) are cited as second and third respondents, who Engelbrecht claims have “shirked” their statutory obligations “at great cost to the ratepayers of Cape Town”.

The South African Navy and Human and Wildlife Solutions (HWS) are cited as fourth and fifth respondents in their capacity as members of the City’s Baboon Technical Team (BTT).

HWS were contracted by the City to manage the indigenous chacma baboons on the urban edges of the Cape Peninsula, until end September. 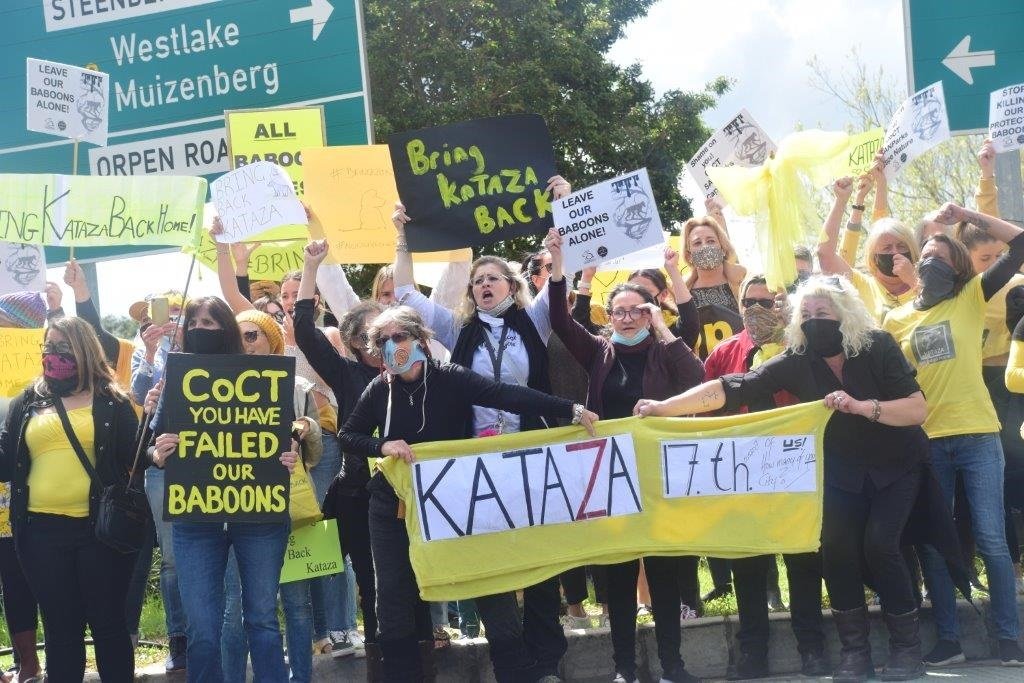 Kataza’s disappearance from Slangkop in August caused much consternation among Kommetjie residents.

More than 23 000 people have signed a petition, directed to the City’s mayoral committee member for spatial planning and environment, alderman Marian Nieuwoudt, to return Kataza to his home range on Slangkop.

Kataza is well-known to Kommetjie residents and the rangers of HWS, which managed various baboon troops on the Cape Peninsula until the end of September.

He reappeared in Tokai, where the City had relocated him as “dispersing” baboon, to integrate with the Tokai baboon troop.

In his founding affidavit, Engelbrecht refers to the relocation practice as “an abject failure”, which “almost always leads to the primate being euthanised”.

Court papers include 12 supporting affidavits, which confirm that Kataza has roamed the streets of Tokai for 30 days, while he was in Kommetjie on only six days of July.

“Kataza and the public would be best served if he is permanently relocated back to his Slangkop troop and monitored in a scientifically recognised manner.

“There are far less dangers to both Kataza and members of the public in the lesser urban and/or populated Kommetjie area, than the busy Tokai district… it looks as if they are sitting back to find a reason to have his life terminated by allowing him to contravene their protocols on a daily basis.”

Engelbrecht alleges the City has contravened the Animal Protection Act.

The court papers include a veterinary assessment by primatologist Paul Venter of the Riverside Wildlife Rehabilitation Centre, who says Kataza is fatigued and stressed, and the cumbersome GPS collar and ear tags are “inappropriate” and “straining” his ability to function.

Venter says the forced integration of Kataza to another unknown troop is “well outside recognised scientific reintegration methodology… outside of the scope of proper animal welfare and thus construed as animal cruelty”.

Speaking to News24, Nieuwoudt, denied the City had contravened the Animal Protection Act.

Engelbrecht challenges the involvement of the City, SA Navy and HWS in baboon management as illegitimate, as this is beyond their authority.

“To my knowledge, no statute or municipal by-law exists regarding the management of baboons (or other wild animals) that authorises the first respondent to do so… It may very well be the respondent(s) who took the said decisions were not authorised to do so and that they were taken illegally,” said Engelbrecht.

Nieuwoudt claimed that the City, together with CapeNature and SANParks, had a joint responsibility to manage wild animals on their common borders.

The respondents have 10 days to provide records of their decision-proceedings to relocate Kataza and to file a notice of opposition; and a further 15 days to file any affidavits to answer the allegations.

Do you want to know more about this topic? Sign up for one of News24’s 33 newsletters to receive the information you want in your inbox. Special newsletters are available to subscribers. 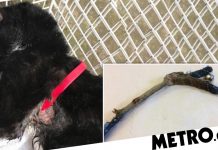 Quarter of known bee species have not been recorded since 1990

Photos let you see the world through your pet’s eyes 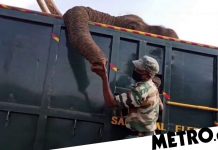 Farmers back plan to reintroduce white-tailed eagle to Norfolk 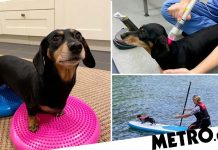 Paralysed sausage dog recovers thanks to pilates and paddleboarding 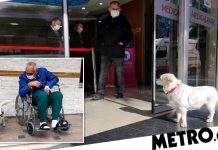 Loyal dog waits for days outside hospital for sick owner

Israel's ibex make the most of lockdown – in pictures 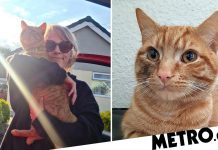 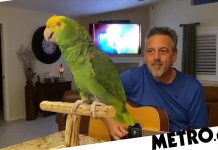 Watch Tico the singing parrot duet with his guitar-playing owner