Karlovy Vary International Film Festival 54½, like this summer’s 54th edition before it, has been canceled in response to the COVID-19 pandemic and ongoing lockdowns in the Czech Republic.

The special one-off event was scheduled to unspool Nov. 18-21 in Karlovy Vary, and was meant to evoke at least some of the festive, in-person atmosphere of the summer event, although its 30 films were screening non-competitively.

“When we announced the special Karlovy Vary International Film Festival 54½, we were met with much enthusiastic feedback. People were looking forward to visiting Karlovy Vary to see new films at an unusual time of year. We are sorry that we will not be able to hold this event either, but in this era, people’s health absolutely takes priority, and I am sure that everyone sees it the same way,” said KVIFF’s president Jiří Bartoška in a press release.

He went on, “We would like to thank the Czech Ministry of Culture, the City of Karlovy Vary, the Karlovy Vary Region, and our partners for supporting all festival activities that were held over the course of 2020. We believe that thanks to this support we will be able to organize our regularly scheduled 55th Karlovy Vary IFF on 2-10 July 2021 to the extent and at the level of quality that our guests, partners, and audiences are accustomed to.”

No plans for a rescheduled event or digital alternative were addressed in the release.

One of Latin America’s most popular comic strips, “Condorito” (Little Condor) took flight from Chile in 1949 and has been a best-seller ever since, still reaching more than 80 million readers annually. The comic follows its titular protagonist, a beaked personification of the Chilean people, through his life in the fictitious provincial Chilean town of Pelotillehue.

Ánima will head the creative development and manage production, sales and distribution for the series, while Lunes, joined by comic editor Pedro Maino and designer Franco Rampoldi, will write the stories and update Condorito’s look for a modern TV audience.

Discovery has greenlit three new commissions destined for its lifestyle and entertainment networks Quest Red and Food Network in the U.K.

“At Home with The Nolans” is produced by Koska, and follows sisters Coleen, Linda, Maureen, Anne and Denise who deal with major issues such as cancer diagnoses and a long-lost sibling. “The Hair Loss Clinic,” from Angel Eye Media, follows hair transplant surgeon Dr. Edward Ball and hair and scalp specialist Eva Proudman as they treat women and men devastated by dramatic hair loss and other scalp issues. Both will air on Quest Red.

Meanwhile, Food Network will pick up “Rachel Khoo: A Chocolate Christmas” from Hungry Gap Productions and Peas in a Pot. The series sees Chef Khoo prepare a host of her favorite Christmas recipes with one common ingredient, chocolate.

Bennetts joins Ringside from Ingenious Media where she managed TV strategy for the past eight years. Titles financed during her time there include “Marcella,” “White House Farm” and “Britannia.”

Created earlier this year, Ringside was established with an eye on creating innovative content from the U.K., which will work on the international marketplace. Several projects are already in advanced development or pre-production. 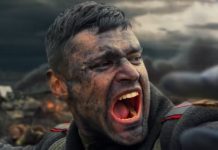 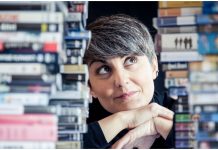 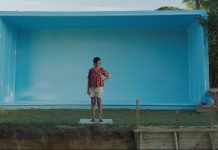 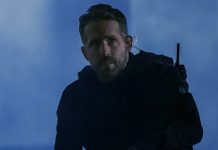 Ryan Reynolds Gets Bloody, Hangs With His Younger Self In The First Look At His Upcoming Time Travel Movie 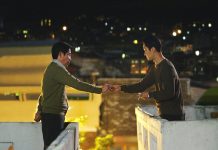 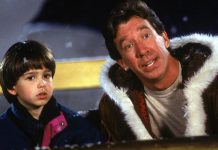