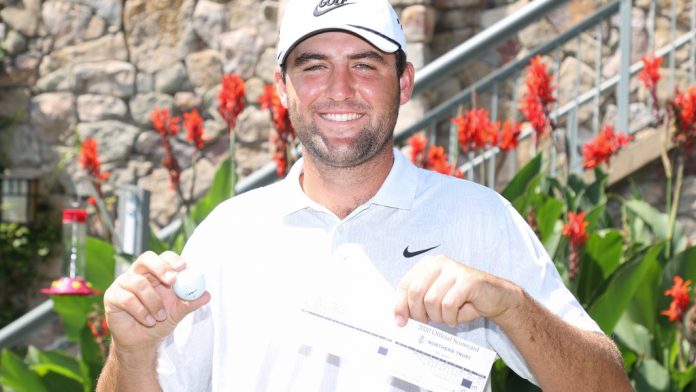 A year ago, Scottie Scheffler accepted the Korn Ferry Tour Player of the Year award in Houston four events into his rookie season on the PGA Tour. He returns this week having recorded two third-place finishes, shooting 59 at The Barclays and ranking fifth in the FedEx Cup en route to being named PGA Tour Rookie of the Year.

“I got comfortable pretty quick,” he said matter-of-factly.

Indeed, he did. Success has come rapidly, but it also presents new challenges. A recurring question to Scheffler phrased in various forms – some clever, some more subtle, some more overt – can best be summarized as such: When are you going to win?

In his brief Tour career, Scheffler seems to have accomplished everything but collecting something shiny for his trophy case. Counting his FedEx Cup bonus money, the 24-year-old Texan banked more than $5 million last season with nary a victory. Not bad work if you can find it.

Scheffler has risen to No. 30 in the world and now ranks as the top American without a PGA Tour victory. (England’s Tommy Fleetwood and Matthew Fitzpatrick, who both split time on the European Tour, and Mexico’s Abraham Ancer are the only players ranked higher than Scheffler without a PGA Tour title to their credit.) So, how does Scheffler plan to remedy the only blemish on his resume at this time, perhaps as early as this week’s Vivint Houston Open?

“I want to put myself in the final group more often, just get a little bit closer to the lead,” he said. “I think I just made a lot of kind of silly mistakes last year and I need to clean up a few areas of my game so I can save a couple shots here or there in the tournament to put myself in a better position to win on the weekend versus last year I kind of was on the outside looking in it those final groups.”

Scheffler was riding a high heading into the U.S. Open in September when he tested positive for COVID-19 and had to withdraw from the championship. Since returning to action, he’s recorded three middling finishes and a missed cut, and conceded that while he was asymptomatic, the unexpected two-week layoff did drain his momentum.

“I was playing great leading up to that,” Scheffler said, “and then Saturday night I got my positive test and I had to wait another 10 days before I could start practicing again. Taking those basically two weeks off kind of took me out of my rhythm. I would have definitely not have liked to have taken that much time off, especially when you’re playing well.”

But Scheffler is confident he’s turned a corner after a T-17 finish at the Zozo Championship at Sherwood two weeks ago. The breakthrough? While examining video of Scheffler’s swing, his longtime instructor Randy Smith pinpointed what was sending shots offline.

“I showed Randy a swing from six months ago and it clicked with him one night and I think it was the day before the final round of the CJ Cup and just a little thing in my takeaway, I was getting my club into a weird position, it was messing up everything else,” Scheffler said. “Figured it out and swing’s starting to feel good again.”

“We played there when I was in college,” Scheffler said. “My college team went out there. It was amazing. The golf course is awesome. Being able to play for the first time was really cool. I’ve never been that nervous just stepping on the tee to play a round for fun.”

Scheffler, who finished T-4 at the PGA Championship in May, will be attempting to be the first rookie to win the Masters since Fuzzy Zoeller in 1979, but thinks he may have one advantage over his peers.

“I feel like I’m in a good position because I don’t know what it always plays like during tournaments and people are talking about how it could play a lot different in the fall, so that might be a little bit of an advantage, me being a rookie at that tournament,” he said.

A daunting task it still will be, but as Al Davis of the Oakland Raiders used to famously say, “Just win, baby!” That’s up next on Scheffler’s hit list.

Rory McIlroy on criticism: ‘It’s not as if I’m out there in the clouds’ 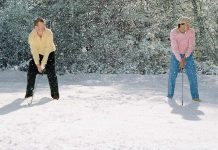 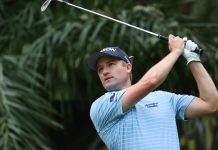 Russell Knox on his success at the Mayakoba Golf Classic: 'I guess it's the tequila and tacos' 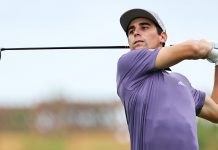 Mayakoba Golf Classic: 3 things to know after Round 1 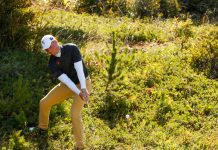 Medalist Will Holcomb survives and advances at Maridoe Amateur; all-Texas battle on tap 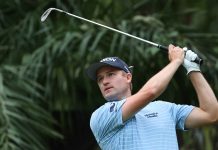 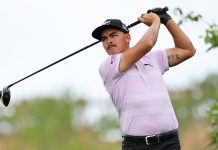 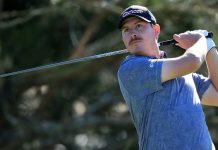 Pro's shot is not good, but his two-word commentary is great 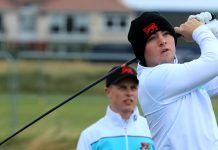 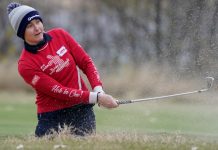 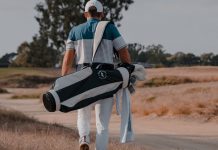 5 reasons why golfers should be drinking Good Walk Coffee 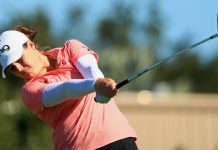