Joseph Suaalii will be able to make his Sydney Roosters debut before his 18th birthday after being granted an exemption by the NRL. The ARL Commission on Monday ticked off on the Roosters’ application, after several months of debate around the youngster’s availability.

Suaalii still faces a battle to be picked in the Roosters’ all-star backline, but is likely to be the next man called in if there is an injury. Otherwise the Roosters face the prospect of being without James Tedesco in round 17 due to State of Origin, still before Suaalii’s 1 August birthday.

The 17-year-old centre scored a double in his NSW Cup debut on Sunday, backing up his two tries in his first trial against men last month. It means the King’s School year 12 student will juggle football with studies in 2021, after declaring a fortnight ago he thought he was ready.

“I’d be ready. As an athlete you kind of have to be, you want to be ready,” he told AAP. “I’ve got a lot of stuff that I need to work on before I get to that point. But if I do get a chance to make my debut, it would be a childhood dream to go and play for the Roosters and make my NRL debut.”

Jason Taumalolo was the last player to debut before legally being an adult in 2010. Under NRL rules introduced since then, players are not able to feature in first grade before their 18th birthday. However Peter V’landys declared last year he would assess the rule on a case-by-case basis amid hype around Suaalii’s future at South Sydney last year. 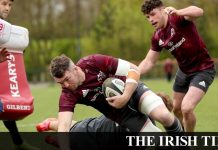 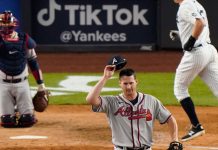 Bundesliga: Schalke relegated as Bayern close on title with win over Leverkusen

Super League: Fifa chief tells clubs they cannot be ‘half in, half out’ 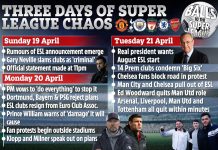 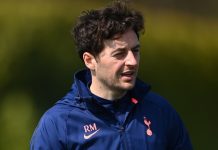 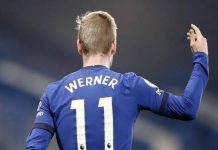