Jose Mourinho meets Olympic 100m champion Marcell Jacobs and jokingly alludes to a future career in football for the Italian, saying that he can play ‘as a defender or striker’

By Adrian Bishop For Mailonline

Roma boss Jose Mourinho has shared a photo of himself alongside Olympic 100m champion Marcell Jacobs to his Instagram.

Jokingly alluding to a possible career on the football pitch for the American-born athlete, Mourinho captioned his photo ‘Super fast, dominant, technically perfect. Can play as a defender or striker…’

Jacobs made history as the first Italian ever to qualify for the men’s 100m final after winning his heat, and finishing third in the semi-final at the Tokyo Olympics.

Seen as a rank outsider in the event, Jacobs stunned spectators by completing the final race in 9.80seconds and defeating the likes of Fred Kerley and Andre De Grasse to capture Olympic gold. 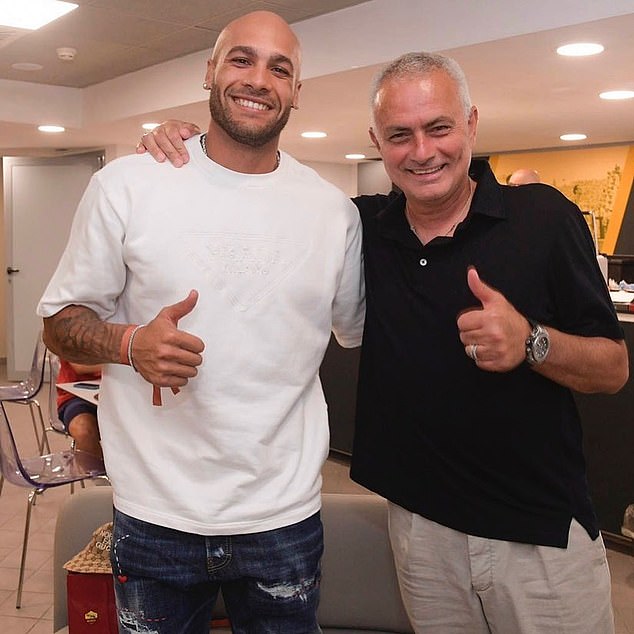 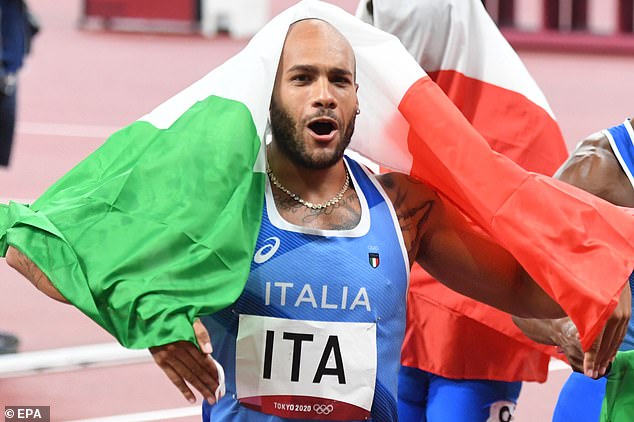 In doing so, the 27-year old Jacobs became the first man to win the Olympic 100m race following Usain Bolt’s eight-year run of dominance in the premier event of track and field.

After calling time on his career in athletics in 2007, Bolt briefly embarked on a career in football, training with Australian A-League club Central Coast Mariners FC prior to the 2018-19 season.

Ultimately however, the Jamaican’s transition to a career in football would prove unsuccessful, as the Mariners opted not to offer the 8-time Olympic gold medallist a professional deal after his trial ended. 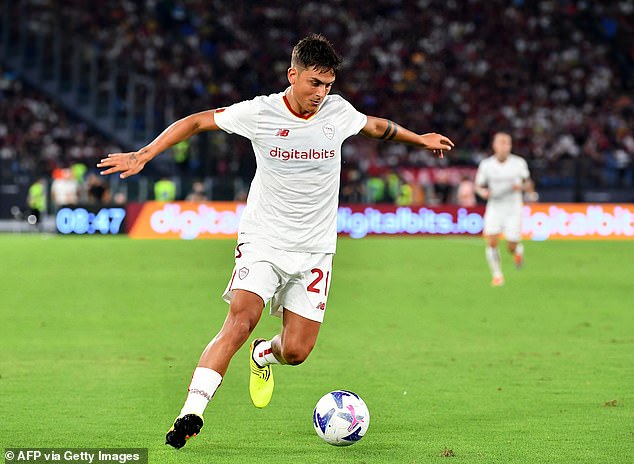 Mourinho’s Roma defeated Ukrainian side Shaktar Donetsk 5-0 in the pre-season friendly at the Stadio Olympico, with Lorenzo Pellegrini, Gianluca Mancini, Nicolo Zaniolo and Edoardo Bove all getting on the scoresheet.

The game also saw a brief appearance from new signing Paulo Dybala, who appeared as a second-half substitute for Felix Afena-Gyan.

The Argentinian international joined Mourinho’s side on a free transfer from Juventus earlier this summer, and was greeted by a crowd of 8000 Giallorossi fans for his unveiling last month.

Mourinho’s side will open their Serie A campaign away to Salernitana on Sunday. 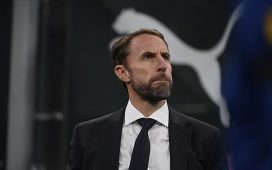 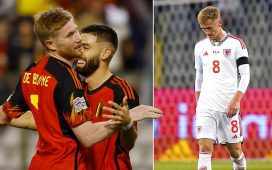 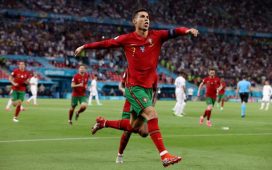 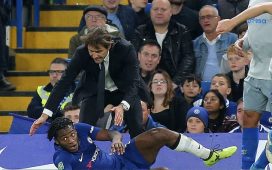