‘It’s still difficult to process… it’s hard to speak about’: Jordan Henderson laments Liverpool’s agonising Champions League final loss by Real Madrid… but insists the Reds will ‘be stronger and better next season’

Liverpool captain Jordan Henderson admits another Champions League defeat to Real Madrid is difficult to process but believes recent history repeating itself may not be such a bad thing.

In 2018 in Kyiv, Jurgen Klopp’s side were beaten 3-1 after two freakish goals from Gareth Bale but went on to win a sixth European Cup 12 months later with victory over Tottenham and followed that up the next year with a first league title in 30 years.

So Henderson hopes the 1-0 defeat at the Stade de France to a LaLiga side winning the competition for a 14th time can be a catalyst for something better next year. 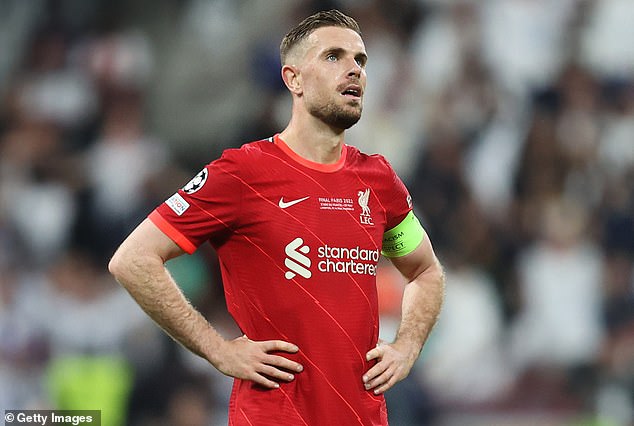 ‘It’s still difficult now to process everything with how the game went in the end. It’s hard to speak about it,’ said the 31-year-old, who has still led the team to a Carabao-FA Cup double.

‘I felt as though we had three or four good chances and the keeper (Thibaut Courtois) made world-class saves.

‘Hopefully we can have a good break now and then use that to process this season and everything that’s happened and use it to go again next season when we come back.

‘We’ve had this feeling before and reacted in the right way. Hopefully we can do the same again, I’m sure we will. 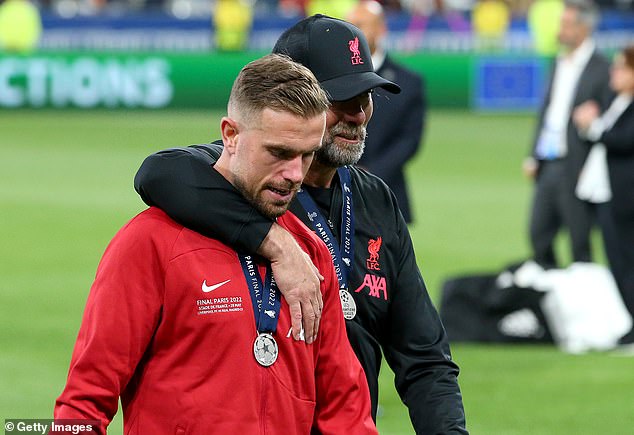 ‘The mentality and character within the dressing room is outstanding and yes, we will be disappointed, and it’s hard because we have such a long time to think about it now.

‘But I can say we’ve given absolutely everything all season and sometimes you can’t do more than that.

‘Football’s fine margins, that’s the way it is. We’ve had a little bit of luck in domestic cups on penalties when we won them. Against Real and in the league we didn’t.

‘We have to deal with that and use it in the right way and use it to go forward and be stronger and better next season.’

Despite a domestic cup double, a campaign in which Liverpool played every one of the 63 matches for which they were eligible and took the Premier League title race down to the last 10 minutes of the season ended on a negative with crushing disappointments on back-to-back weekends. 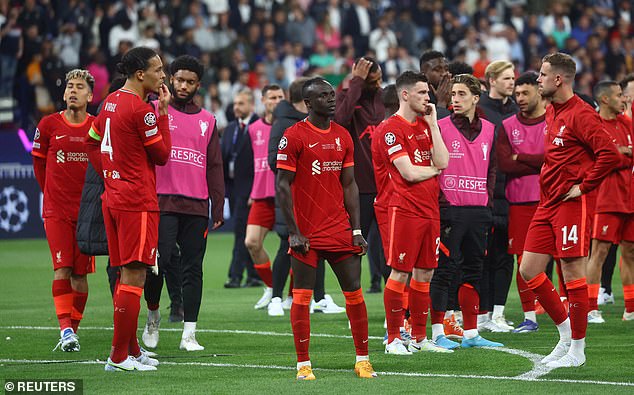 But Henderson said that should not overshadow their achievements and, having delivered a positive message to the players in the dressing room in his post-match interviews, Klopp told fans to ‘book the hotel’ for next year’s final in Istanbul.

‘To be fair, the manager in these situations is really good and he can see the bigger picture. As players it’s really difficult,’ added the Liverpool captain.

‘It will take a little bit of time for us, but I have no doubt we will use it in the right way and use it to be better and stronger.

‘We have always reacted in the right way and I am sure we will do it again. 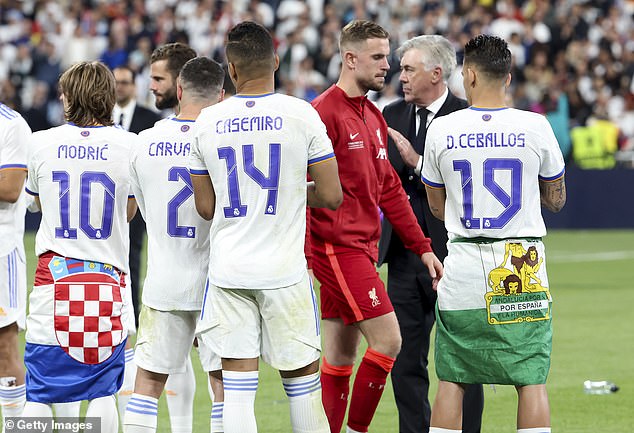 He also said, despite the loss, that Liverpool have had a ‘special’ season, winning two trophies

‘I hope when we are on holiday and having a break we realise that this season has been special.

‘I don’t know when the last time we went to a final or the last game in every single competition was. It shows the mentality and talent of the squad.

‘We couldn’t give any more and football is down to fine margins.

‘It is really difficult to stand here and be positive, but I really hope in the next few weeks we can look back on the season it can be a positive one.’