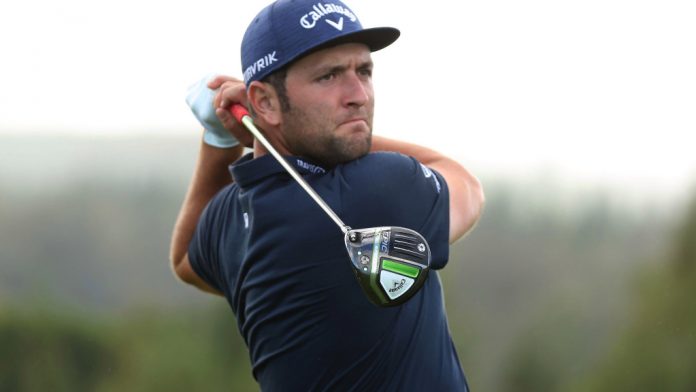 Jon Rahm kicked off his new year by announcing a switch to Callaway.

At the Sentry Tournament of Champions at Kapalua this week, Rahm is using 13 new Callaway clubs as well as a Callaway ball. He’s also sporting TravisMathew apparel.

Rahm says when he played his first round with his new gear at Silverleaf Golf Club in Scottsdale, he shot a course-record 59. This is his first week using the new gear in competition.

“What people might not know is I basically got fitted and did a lot of work quite earlier than they thought, than people would think,” he said after his second-round 66. He is T-10 at 10 under, four shots back of tournament leader Harris English.

“So I already had a valuable set of clubs for after Augusta. And then as soon as Augusta was done I didn’t take any time off. I went straight to San Diego and spent three days, a lot of hours in the Callaway center hitting a lot of shots, just making sure everything’s dialed in.”

According to Callaway, Rahm was planning to use prototype woods and irons, Callaway JAWS Forged wedges and a Callaway Chrome Soft X golf ball. While he is not expected to start 2021 using an Odyssey putter, he has been testing different models and is expected to add one to his bag in the coming weeks.

“When I went home I was really confident with everything. The only thing for me was going to be what clubs I put into play, and I did not expect that the only one not being Callaway was going to be the putter. But I’m still adjusting to it. I think the biggest thing to get used to is the golf ball. One thing is hitting shots at home and the other one is hitting shots here.

“I live in Arizona, not much air density, everything looks pretty straight. Come here to Hawaii, humid and windy. I have to get used to how the ball reacts in the wind and I think that’s what a lot of yesterday was and it’s still going to take a little bit of getting used to. But based on today and how I’m playing, I would say I’m pretty close.”

He added that the Callaway ball is similar to what he was using before.

“The thing to remember is it’s a new golf ball. It’s a little bit different to the one I had before even though it’s as close as it can probably possibly be. … the TaylorMade golf ball, it’s a ball that will launch a little bit higher with less spin. You could almost say it’s almost a little bit more of a one-dimensional ball, right? Even if you’re into the wind, you can hit it pretty much a stock shot and it’s going to go through the wind, which is great in some situations.

“The new Callaway one, it’s pretty much the same, but inside the 8-iron it launches a little bit lower with a touch more spin, which gives me a lot more to play with in short irons. And I would say in some of those shots into the wind, in cross-wind, I need to get used to controlling the spin, but I’ve been doing a good job so far. Obviously, I hit some bad ones like everybody else. But I’ve hit some beautiful shots the last two days on 10 into the wind, a couple good wedge shots, the one on 9, 16 yesterday was a great shot as well. I mean, I’ve hit some good ones. So even though I’m still learning, I’m still trying to get better and it’s just all in a really good spot.” 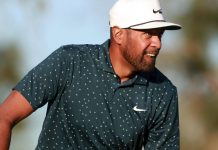 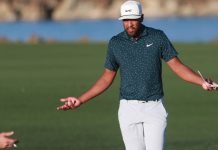 American Express 2021: Record rounds, no fans, a 'pinky putt' and a deserving champ 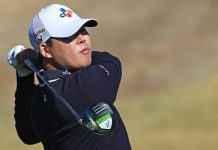 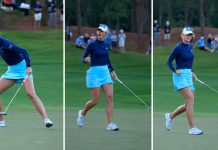 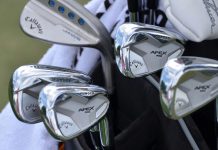 ‘He just looked at me and was like, Why?’: Tiger Woods shocks player 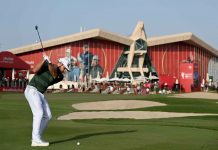 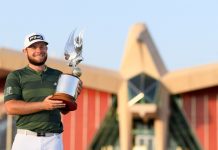 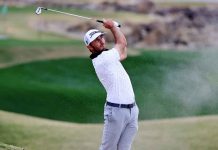 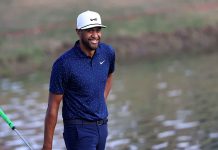 The American Express round 4 live coverage: How to watch the final round Sunday 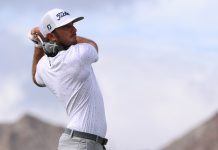