The Group C Championships on ‘The Masked Singer’ revealed JoJo Siwa was the T-Rex. HL spoke EXCLUSIVELY with the singer and YouTube star revealed just how difficult it was to perform and more.

JoJo Siwa was unmasked as the T-Rex during the March 25 episode of The Masked Singer. The famous YouTuber, 16, made it to the Group C Championships before being eliminated. Throughout her journey on the show, JoJo had to keep her new gig a secret from almost everyone. “The rehearsals for it and actually shooting for it crossed over with my tour rehearsals,” JoJo told HollywoodLife. “I actually couldn’t make it to some of my tour rehearsals because I was doing Masked, so all of my dancers would be like, ‘Where are you?’ My choreographer would be, ‘Why can’t you be here?’ I’d just be like, ‘Well… no reason.’”

That’s the thing with The Masked Singer. You have to be super secretive. JoJo said only her mom, dad, brother, and best friend knew that she was competing on the show. It wasn’t easy for JoJo to stay quiet, especially since she’s so open about everything. “It was hard,” the 16-year-old admitted. “Honestly, it was really tough to keep it from the internet because my whole life is the internet. Normally, I would tell people to go watch a TV show but this was actually the opposite. It was dope.”

JoJo definitely broke a sweat performing in her T-Rex costume. Her dancing was incredible in each and every performance. Even though JoJo seemed effortless on stage, it was difficult for her to dance in that outfit! “It honestly was so hard. I’m not going to lie,” JoJo admitted. “It was one of the hardest things I’ve ever done. My tail was so tight around my tummy that it was cut off circulation tight. But it had to be so I could move.”

JoJo isn’t the only YouTuber to appear on The Masked Singer. Ninja was revealed as Ice Cream in season 2. HollywoodLife asked JoJo which YouTuber she’d like to see on the show next. She mentioned she’d like to see Colleen Ballinger as Miranda Sings on the show and added, “I wish that everybody could experience it because it is so much fun.” The Masked Singer season 3 airs Wednesdays at 8 p.m. on FOX. 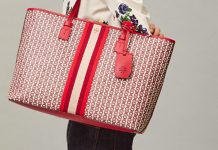 From France to Louisville: WWII vet loses love to virus