Johnny Sexton: Ireland must improve on All Black performances to face Springboks 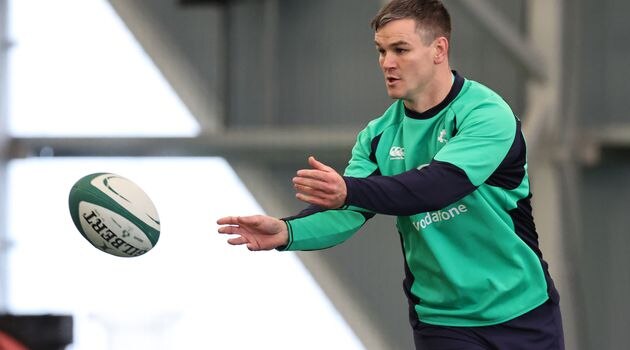 Ireland need to bring the game they brought to New Zealand during the summer, but make it even better against South Africa on Saturday, according to Ireland captain Johnny Sexton.

The World Cup winners, who picked a strong side to face Ireland in what will be their first match of the Autumn Series, will pose a significant physical threat to Ireland at the Aviva.

“How we can get a result [is] we need to bring our game and make sure we do it even better, because when you have a couple of results like we did in the summer teams start to properly look at you and they go, ‘how are we going to mess up this Ireland team?,’” said Sexton at the Irish team’s training base in Dublin.

“How are we going to combat this? We’ve got to do it better and we’ve got to evolve a little bit and make sure we bring something new to the table. Obviously, we have to give them the respect that they absolutely deserve. They’re the best team in the world in terms of they are world champions. They’re a top-class team. They’ve won the World Cup, they beat the Lions and had some big results over the last few years so in terms of testing ourselves it’s huge.”

Cheslin Kolbe will play his first Test at full-back for South Africa. The Toulon star normally operates on the wing and returns for his first international appearance since suffering a broken jaw in the Springboks’ series-clinching win over Wales in July.

The talented Damian Willemse has been selected at out-half. But South Africa will bring their traditional strengths at set pieces and in the front eight.

“Look, he’s a very, very good player,” said Sexton of his opposite number Willemse. “He’s only played a couple of games at 10 for South Africa but he’s unpredictable. He’s got fantastic footwork, he has a good kicking game, he’s strong, he’s fast obviously.

“[He has] some traits that you wouldn’t normally associate with a 10 but he’s an excellent player. A person we’re going to have to be ready to play but we expected him to be named at 10 so we’ve done a little bit of analysis on him and we need to do a little bit more again.

“The South African DNA, it’s unbelievably strong upfront, strong set-piece, they base the majority of their game off that. Good kicking game, good in the air but they’re also not afraid to play when it’s on and they’re not afraid to go wide-wide.”

Win or lose Sexton believes that the game will be useful to Ireland during the World Cup in France next autumn. The Springboks are in Ireland’s Group with Scotland, Tonga and Romania.

“They’re in our group at the World Cup and we have to make sure we take the learnings from it, win, lose or draw. But don’t get me wrong, we’re going in there to try and win the game.” 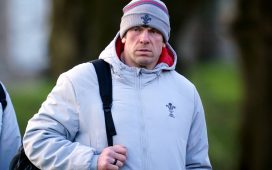